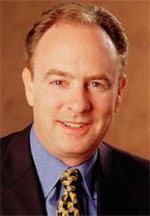 Mike Wethington, President and CEO of Outsell, LLC, has a proven track record of building profitable, high growth businesses. Outsell, LLC, is a digital marketing software company based in Minneapolis that is transforming the way brands engage with consumers. Outsell's software-as-a-service platform enables brands to consistently communicate with consumers, marrying data, content and creative to create an ongoing dialog.

Mike has a breadth of industry experience ranging from start-ups and emerging growth companies to large multinational corporations in the automotive, banking, computer, financial services, insurance, retail, and telecommunications industries. Earlier in his career, Mike was the founder and CEO of Synet Service Corporation, an information systems management consulting firm that successfully merged with Predictive Systems, Inc. in 2000. Mike bootstrapped the company, and Synet enjoyed an average annual growth rate of more than 70 percent while he was at the helm. Prior to founding Synet, he held several management positions with Xerox Corporation and Dataserv, a BellSouth company. Mike places great emphasis on evaluating talent to developing highly effective, rapid growth organizations, which are based on a core set of values. To that end, in addition to leading Outsell, Mike is managing partner of SynetVentures, a Minneapolis-based venture capital firm focused on bringing proven business systems and a network of experienced professionals to take innovative business opportunities to the next level. 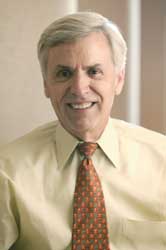 Bill is the founding president of MPR and APM and was responsible for MPR's three regional networks of forty four public radio stations and its program production centers in St. Paul, Miami and Los Angeles as well as its news bureaus around the world. American Public Media is the second largest national producer of public radio programming, following National Public Radio (NPR) in Washington, producing programs like Marketplace (produced in LA) and A Prairie Home Companion in St. Paul, and it is the US radio distributor of programming produced by the BBC.

Bill was a founding board member and incorporator of National Public Radio, and he was the founding chairman and president of Public Radio International as well as of American Public Media. He is a trustee of Saint John's University and a former member of the Board of Trustees of the JL Foundation in Los Angeles. From 1989-2005, he served as a director for Travelers Inc., a publicly held company.

He also serves as a director of ten fund Boards of the Los Angeles based Capital Group - American Funds mutual fund family, including The Investment Company of America, The Global Growth Fund, Growth Fund of America, Fundamental Investors, Smallcap World Fund, AMCAP, American Mutual Fund, The New Perspective Fund, The Euro Pacific Growth Fund and the New World Fund. He is a director of the privately-held Wenger Corporation, which designs and builds music-related equipment and performing arts rigging systems.

Bill was awarded the Edward R. Murrow Award in 1981 by the Corporation for Public Broadcasting to recognize outstanding contributions to the industry by an individual. In 2000, he was listed as one of the 100 Most Significant Individuals of the 20th Century by both the St. Paul Pioneer Press and the Minneapolis Star Tribune.

He and his wife, Sally, live in Minneapolis, Minnesota.