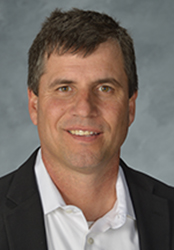 Dan Bastian is the founder and CEO of Angies Boomchickapop®.  It started in 2001 as a summer sideline venture for 1990 St. John's University alum and junior high teacher Dan Bastian, his nurse practitioner wife, Angie, and their two children.  Now, 14 years later, it's a full-fledged business success.

Angie's Boomchickapop® is one of the fastest growing brands of natural popcorn.  Made in Mankato, Minnesota, Angie's Kettle Corn is an all-natural, artisan snack distributed in 45 states, endorsed by national sports teams and enjoyed by millions.  Today in their production facility, more than 150 employees help produce 80,000 bags of Angie's a day.

Following his senior year at St. John's, Dan moved to Belize, Central America and helped to start a school for disadvantaged youth.  This led him on a path into education.  Dan believed he would spend his career in the classroom as a teacher and on the field as a coach. But then he met Angie. Angie has a Masters in Psychiatric Nursing and Gerontology from Emory University. And she still works as a part-time nurse consultant.   Believing there was something they could do together as a family, they decided to find something that might help put money aside for the kids' education while also imparting a valuable lesson of working toward a dream.

Today the Bastians' story is the family-centered enterprise that Angie and Dan envisioned.  Angie's Kettle Corn is on the shelves of all the top local grocery retailers as well national distribution in SUPERVALU, Whole Foods, Costco and Super Target outlets.  It is the official kettle corn of the Minnesota Vikings, Minnesota Timberwolves/ Lynx, and Minnesota Twins.  And the delicious taste of Angie's has caught the attention of national media. Dan and Angie have built a successful business, but through it all have kept sight of the importance of family.  Being parents is still their most important and rewarding entrepreneurial endeavor.

Dan Bastian embodies the quintessential Johnnie/Bennie entrepreneur. He began his entrepreneurial journey after college when he helped start a school in Peru, which has become one of the premiere schools in the country. After that, he walked the streets in Mexico until he found a teaching job.  As the CEO of Angie's Kettle Corn, he startes a company with his wife that became a trailblazer in the popcorn industryby introducing an old angle in a new way. They started selling packaged kettle corn and developing new flavors, something that had never been done on a large scale.  They also played on the current health trends by developing healthier product. 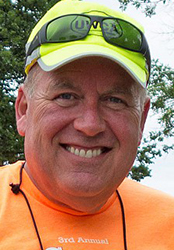 Greg Lais is a true social entrepreneur, visionary, and innovator. He also has the practical skills, "can do" attitude and attention to detail to get things done. His passion for connecting people to each other and to the natural world by sharing life's many adventures is truly inspirational.

As the Founder and Executive Director of WI, Greg has directed the programs' growth and development since 1978, collaborating with many along the way to build a world-class organization that has directly served more than 350,000 and touched the lives of millions more. While a senior at St. John's, Greg Lais founded Wilderness Inquiry, the oldest and most extensive outdoor education and travel program in the world for people of all ages, backgrounds, and abilities. Since 1978, Wilderness Inquiry has served more than 350,000 people on wilderness trips throughout the world, including thousands of people with disabilities such as quadriplegia, Muscular Dystrophy, Multiple Sclerosis or traumatic brain injury.

Greg and fellow SJU Alum Paul Schurke pioneered outdoor education programs and training curriculum that use the wilderness to facilitate greater acceptance of human diversity.  Greg Lais has also created adaptive outdoor recreation equipment, such as one-armed paddles, significantly increasing mobility for persons with disabilities. He has personally guided over 300 of Wilderness Inquiry trips integrating people of all abilities, including those with physical, cognitive and emotional disabilities. Trips have included kayaking in Costa Rica, British Columbia and Lake Superior, horsepack trips in the Colorado Rockies, and canoeing in the Boundary Waters, the Everglades, Australia, Russia, Alaska and throughout Canada.

Author of numerous articles, books and reports, Mr. Lais is the primary author of two Congressional studies regarding access to Wilderness and Federal recreational lands.  He is also an Adjunct Professor in the University of Minnesota's school of Kinesiology.  He has received numerous awards for his work, including the National Therapeutic Recreation Society Organization of the Year, St. John's University Alumni Achievement Award, the Minnesota State Council on Disability Distinguished Service Award, the Paul Petzoldt Wilderness Educator Award from the Wilderness Education Society in 2012. and the Jim Renne Leadership Award from the Association of Outdoor Recreation and Education.  Mr. Lais and Wilderness Inquiry have been featured in the Wall Street Journal, New York Times, Los Angeles Times, Arthur Frommer's Budget Travel Magazine and CBS Sunday Morning among many other travel, lifestyle and trade publications.

Born in St. Paul, Greg Lais received his BA in Psychology from St. John's and his MBA from the University of Minnesota's Carlson School.  He and his wife Patti live in Minneapolis and are the parents of Roseanne and Martin Lais.