Bresnahan inspired by Pottery’s future while relishing its past
Four decades of history and beauty greet Saint John’s Artist-In-Residence Richard Bresnahan ’76 every day when he walks through the doors of The Saint John’s Pottery. The voices of the people who helped build that vibrant history still resonate as Bresnahan and the studio look toward what lies ahead.

Service to others makes Erdmann a champion, on and off the field
Saint John’s record-breaking, All-America quarterback is far more than just an outstanding football player. Jackson Erdmann ’19 is also a champion for social justice and service around the world, with a faith that fuels his passion for helping others. His story at SJU and elsewhere is all about those Benedictine values.

Entrepreneurial spirit guided Carlson on the road to success
Dennis Carlson ’86 blended Benedictine-influenced sustainability with Silicon Valley savvy to create WeDriveU, an enormously successful company that’s a testimony to not only Carlson’s perseverance but also the humility, honesty and focus on community that he honed at Saint John’s. 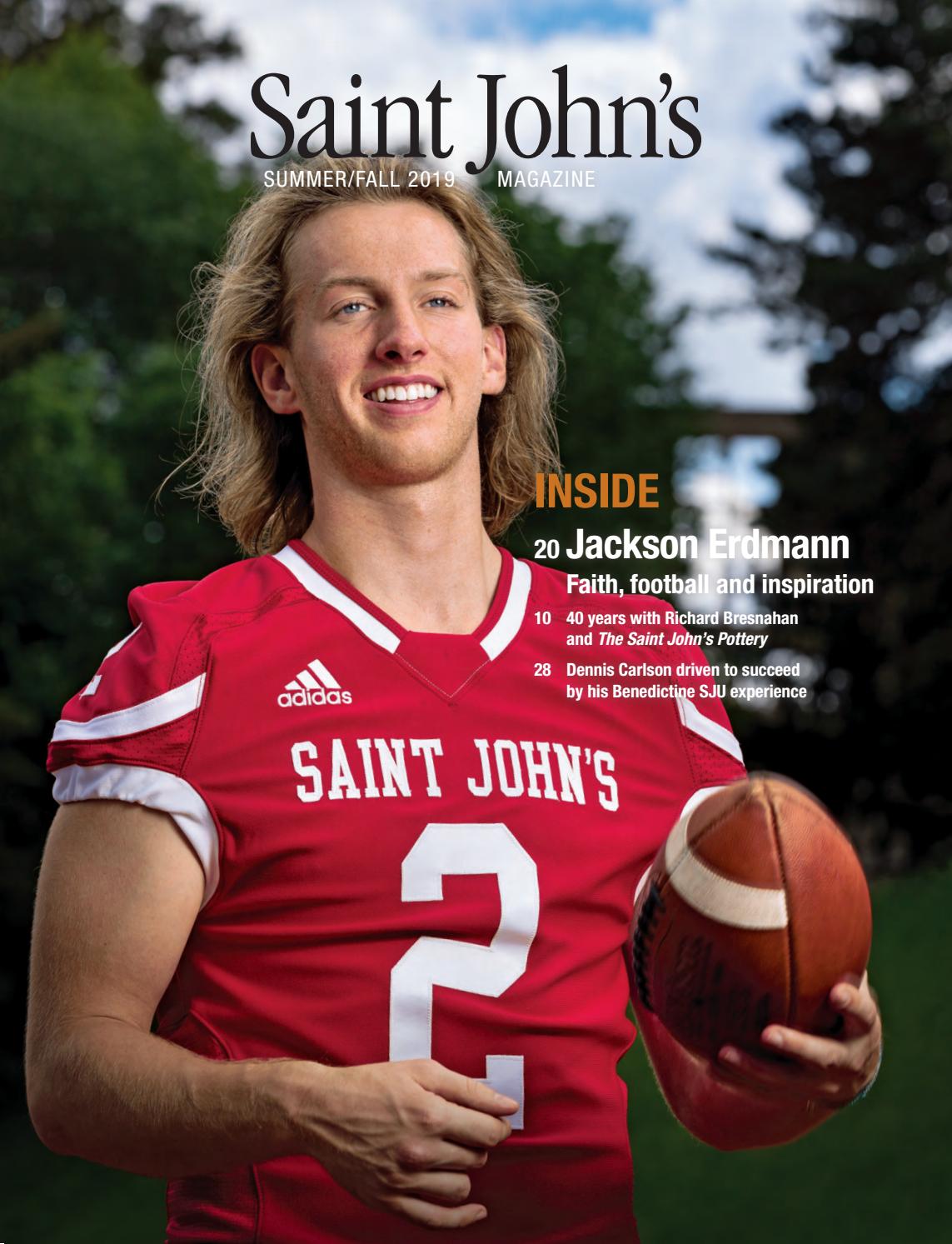