Office of the President

Dr. Bruess became the first person to serve as president of both the College of Saint Benedict and Saint John's University on July 1, 2022. He is responsible for leading two strong, respected Catholic, Benedictine, residential liberal arts institutions with distinct but supporting missions.

Prior to taking the presidency at St. Norbert, Brian spent nearly 22 years at St. Catherine University in St. Paul, Minnesota, rising to serve with distinction as the executive vice president and chief operating officer. Shortly after leaving St. Catherine to take over at St. Norbert, he was honored with the 2017 Presidents’ Steward Award at the Minnesota Campus Compact’s Annual Summit and Award ceremony.

While at St. Kate’s, Brian was involved in achieving comprehensive accreditation and laudatory praise from two Higher Learning Commission self-studies and site visits (2003, 2013); unprecedented enrollment growth of 27% (women’s colleges nationally had seen a 21% decline during those years) including 17 consecutive years of record enrollment; sustained success in building the diversity of the university’s enrollment (racial and ethnic, nonregional, generational, socio-economic and degree-level); establishing a collaborative, innovative approach to academic, student affairs, enrollment and financial innovation and planning (resulting in 17 new academic programs in six years); and designing and implementing a comprehensive academic program-prioritization process.

Brian earned his bachelor’s degree from St. Norbert College (1990) and his master’s and doctoral degrees in college student personnel/research and evaluation from Ohio University.

Brian and his wife of 30 years, Carol Bruess, Ph.D., make their home at Renner House on the College of Saint Benedict campus. Carol is Professor Emerita of Communication and the former Director of Family Studies at the University of St. Thomas. She is an active scholar of relationship communication, the author of five books with two more forthcoming, and a highly sought speaker with a popular TEDx-Minneapolis talk.

About the College of Saint Benedict

The College of Saint Benedict is among the nation’s top-ranked liberal arts colleges: #13 on Money Magazine’s 2022 list of Best Colleges in the Midwest and #18 and #96 respectively on Washington Monthly’s and US News & World Report’s 2021 listings of top liberal arts colleges. College of Saint Benedict students achieve excellent outcomes. Four-year completion rates significantly exceed national averages for private and public colleges. Fully 97% of graduates report that within a year of earning their degree, they are either employed, pursuing a graduate degree or in a full-time volunteer position. The college is frequently listed among the nation’s top producers of Fulbright scholars. And in 2022, Sydney Walker was named one of only 58 members in this year’s national class of Truman Scholars – the sixth Truman winner in school history. 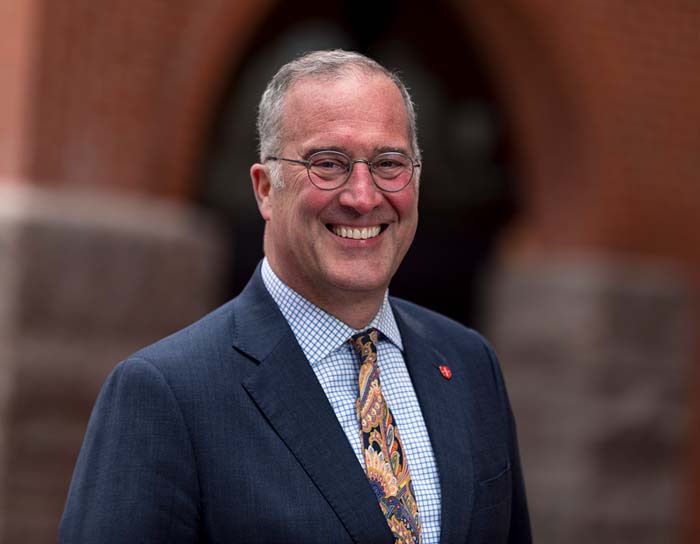