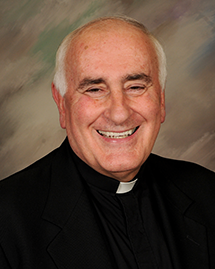 Liturgy. Ecumenism. Prayer. These practices are three of many that Bishop Donald Kettler says he experienced more deeply throughout his education at the Saint John’s School of Theology and Seminary (SOT/Sem).

Kettler received a bachelor’s degree in philosophy from Saint John’s University in 1966 and later received his divinity degree from the SOT/Sem before being ordained to the priesthood in 1970.

He says during his time at Saint John’s and the SOT/Sem he most appreciated the spirit concerning sacred liturgy and ecumenism—the efforts of developing closer relationships and better understandings of other Christian faith traditions. He says the monastery, university and seminary all held a strong focus for these practices and he is grateful to have been immersed in that religious culture.

“They had a spirit of the importance of liturgy, spirituality, ecumenism—that was just inherent, that was basic to Saint John’s Abbey and the seminary,” Kettler says. “Those are essential parts of your faith.”

Kettler says he is most grateful to have had the opportunity to learn from the priests and monks who shared not only their own faith but also their academic understanding of things.

During the years he attended the SOT/Sem, the Catholic Church observed the Second Vatican Council, a council of bishops, auditors, sisters, lay leaders and observers that looked at the Catholic Church’s role as the one true Christian faith and its relationship with the modern world.

“I think I was blessed to be able to come to Saint John’s rather than some other seminary because…the monks at Saint John’s were so intimately connected as experts for the Second Vatican Council,” Kettler says. “So, I had an opportunity to receive from them knowledge and understanding of what an ecumenical council was and what it meant for our church today. That was a real blessing for me.”

Though Kettler attended Saint John’s and the SOT/Sem at a time of serious conversation about the Second Vatican Council and issues in the church, he also enjoyed the simpler pleasures of being on campus.

“I also like sports,” Kettler says. “I wasn’t good enough to play with the college teams, but we did a lot of intermurals so I got to play the intermurals with a lot of other students. A highlight for me, too, was to get to know some of the students that were at the university that were not part of the seminary—that kind of expanded my relationships a little bit.”

After spending years away from campus, Kettler returned to the area in 2013 when Pope Francis named him the ninth bishop of the Diocese of Saint Cloud. That year Kettler was also invited to join the Board of Overseers for the SOT/Sem, which he has served on ever since.

Kettler says he is proud that Saint John’s is in a position to offer graduate level theological studies and he hopes that they are able to continue offering future students the educational and spiritual experience he received.

“I hope that the values—the Benedictine Catholic values that I learned from the Abbey and from the university—will be shared with theology students [and] seminarians today,” Kettler said. “Those issues—liturgy, ecumenism, the Second Vatican Council, spirituality, monasticism—those are all really important things and so I am hoping that is what they will continue to do.” 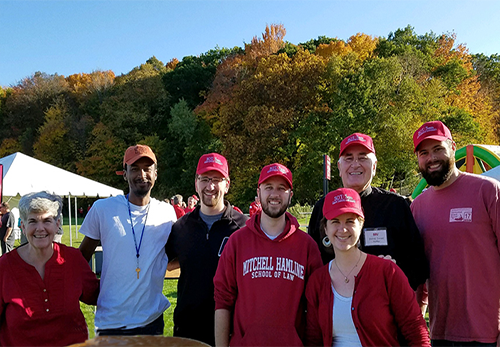 Bishop Kettler enjoys the SOT/Sem table at Homecoming and meets with alumni, faculty, and current students.