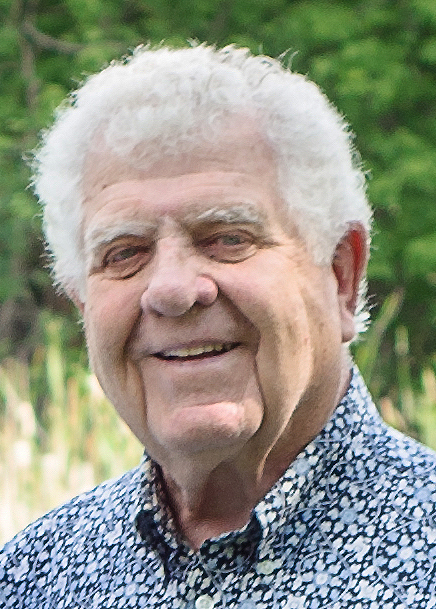 After the death of a SJU football teammate in 2009, Wayne Hergott decided it was time to do something he'd been meaning to do for a long time. He invited a few fellow alumni he hadn't seen in a while for lunch in the Twin Cities. They had such a great time catching up that the group decided to meet regularly, invite others, and the rest is history.

Hergott became the official convener of the Lunch Bunch, a growing group of Johnnies that meets monthly for socializing, lunch and a speaker. "Those of us who have been fortunate enough to have spent several years attending his lunches and who have known him for the past half century plus can testify to the influence Wayne has had on us," says Jim Bassett '58. "And anyone who knows Wayne will agree that he is our model in trying to aspire to the virtues and lifestyle of Fr. Walter."

The Lunch Bunch is just one example of Hergott's long history of giving 110 percent to things he's involved in.

When Hergott came to Saint John's in 1953, he was Coach John Gagliardi's first quarterback. He played four years of baseball, and was a member of three championship teams. Hergott served in the military before pursuing law school at William Mitchell College of Law and embarking on a 31-year career as a civil trial attorney.

"I loved what I did," says Hergott. "I was never bored. There are people whose lives are better because of what I did. And I believe everyone can say that. People need to be awakened to that."

After retiring from law, Hergott completed a master's degree in spirituality and was both a retreat leader and spiritual director.