Matt Schnobrich '01 to Row for "the U.S. and SJU" in Beijing Olympics 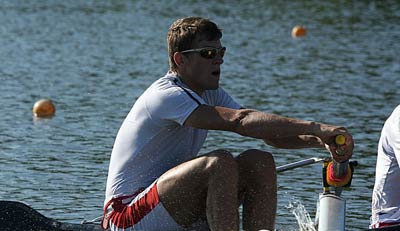 Schnobrich, who qualified for a spot on the team by winning the men's pair at the U.S. Olympic Team Trials in June with teammate Josh Inman, says his rowing experience at Saint John's fostered an overall enjoyment of the sport. "I never forget the days of paddling around Lake Sagatagan without a coach," he said in an email to Thom Woodward '70. "I look forward to representing both the U.S. and SJU in Beijing."

Schnobrich will be rowing in the eight-man boat. This is considered the most prestigious boat in the United States and is the final race of the regatta. "The 8 is going really well right now, and everyone's hopes are very high," Schnobrich continued. "Lots of potential, and we need to keep the nose to the grind to get us where we need to be.  It should truly be a great experience."