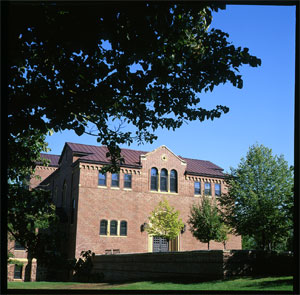 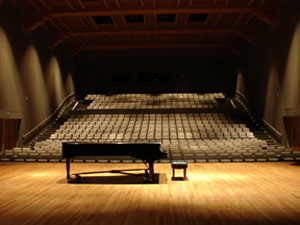 Designed by O'Meara & Hills of Saint Paul, the Stephen B. Humphrey Theater was constructed in 1927, renovated in 1985, and received new seating in 2002. The facility contains vocal and instrumental classrooms, practice rooms, music faculty offices, an organ studio, and choral rehearsal room, a fine arts programming box office, and administrative offices. The 500-seat proscenium arch theater complements the performing and academic spaces in the Benedicta Arts Center of the College of Saint Benedict. There are various student groups that meet on campus, such as the Chamber Choir, Men's Chorus, All-College Choir, Gregorian Chant Schola and Liturgical Music.

Fine Arts Programming (FAP) also presents a series of performances by artists of national and international reputation in all disciplines in the Stephen B. Humphrey Theater that creates a complete cohesive season with those presented at the Benedicta Arts Center. Many of these performances are accompanied by residencies where artists work alongside our distinguished arts faculty providing hands-on experience for students. In addition FAP programming presents a series of curricular-based school matinee performances for students K-12 during the school year reaching over 10,000 children each season.

The auditorium is named in honor of Stephen B. Humphrey, a much beloved professor of English Literature who lived for decades as a Faculty Resident in the student dorms.