Talk to examine era before ratification of 19th Amendment 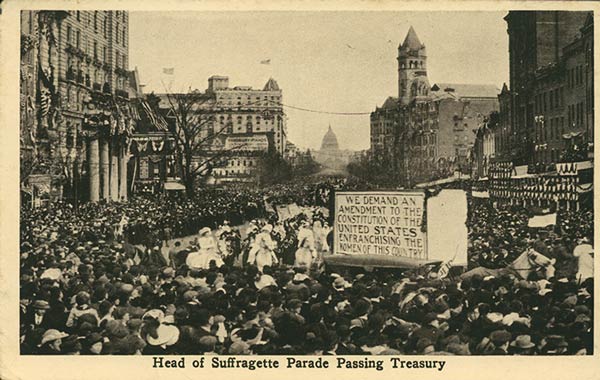 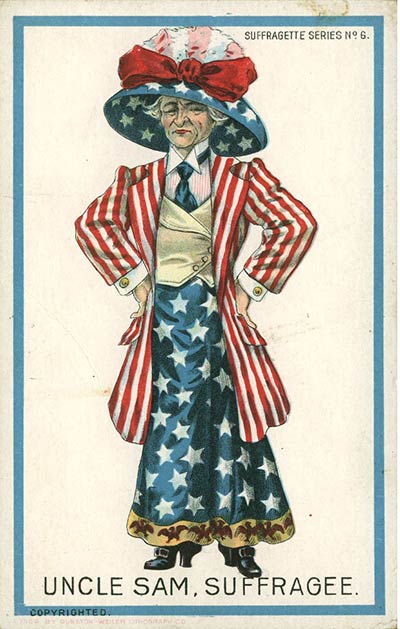 After a nearly 100-year battle, the 19th Amendment to the Constitution was finally ratified on Aug. 18, 1920, giving women the right to vote.

Catherine (Cate) Palczewski, a professor of communication studies and women’s and gender studies at the University of Northern Iowa, will speak on the years leading up to that ratification in “Parades, Pickets and Prison: Embodied Arguments for Woman Suffrage, 1913-19.”

Her presentation, sponsored by Dr. Christi Siver, the Joseph P. Farry Professor of Civic Engagement and Public Policy at the College of St. Benedict and Saint John’s University, will be presented via Zoom (the meeting number is 993 3841 7577) and YouTube at 6:30 p.m. Tuesday, Oct. 20.

Richly illustrated with numerous archival images, Palczewski’s lecture will explore the last decade of the struggle for woman suffrage and what it meant for the idea of public woman. At this point in history, the phrase “public woman” was a synonym for prostitute. Thus, not only did women have to advocate for the legal right to vote, but also for the social right to have a physical presence in public that did not automatically transform them into “bad” women. The lecture will analyze the 1913 national suffrage procession, the 1917 Silent Sentinel protests, and the 1919 Prison Special.

The talk will also make clear how suffrage was not just about sex, but also about race. Although the 19th Amendment ostensibly enfranchised all women, legal barriers precluded African American, Asian American and Native American women from voting.

Although Palczewski will be presenting her speech virtually, she is no stranger to CSB and SJU. She served as an assistant professor in the communication department at CSB and SJU from 1991-94, before joining the faculty at Northern Iowa.

“In some ways, I never really left CSB/SJU,” Palczewski said. “The friendships I developed (there) continue to the present moment. Jeanne Cook and Richard Ice continue to be a big part of my life. I regularly return to campus to help with the pottery firing – and feed my obsession with pottery produced by Richard Bresnahan and the studio apprentices. And, I continue to be endlessly amused by Peg McGlinch, a CSB alumna. I also have developed new connections, like those with Christi Siver given our work together on the Women's Debate Institute.

“CSB/SJU was such an important part of my development as a teacher and scholar. I cannot explain all the ways the people at CSB/SJU formed who I now am -- Joan Steck being the best chair a new faculty member could want, the conversations about politics with Joe Farry, the exchanges with Janet Koenigsamen about life, the conversations with Sister Eva and Michael Livingston and Dave Bennets about governance, the conversations with Sister Nancy and Martha Blauvelt planning and with Otmar Drekonja and Chuck Rambeck convincing them to support the new Gender and Women's Studies minor . . . . the list could keep going and I know I am leaving out so many other important names.”