Sydney Richter, Michael Pineda and the Biology Department’s Human Anatomy Content Development Team have been named Student Employees/Team of the Year at the College of Saint Benedict and Saint John’s University.

The winners, who each receive an engraved plaque, were announced April 15 as part of National Student Employee Appreciation Week April 11-17.

In order to be eligible for consideration, student employees must have worked a minimum of six months part‐time (or three months full‐time), between June 1, 2020, and May 31 (anticipated).

Team nominees are evaluated on how well the team works collaboratively on a common project, service or goal. The selected team needs to exhibit synergy - where the team performs in a way that is greater than the sum of its individual members.

She has demonstrated a professional demeanor by moderating digital events, such as “Decolonization in Action: Service and Research with Native Nations at CSB/SJU,” where she hosted a panel of students and guests to speak on research related to decolonization. Richter also shines in her work with the Center’s social media platforms, and posted video stories during the Center’s “Get Out the Vote” campaign.

“Sydney approaches her work with the attitude that everything can always be improved in some way. This attitude has influenced many small changes in how the McCarthy Center runs to make seemingly productive processes even more efficient,” said Victoria Evens, the McCarthy Center’s first civic fellow and Richter’s supervisor.

Richter, for example, suggested using BaseCamp or even researching the enneagram test to promote wider collaboration and communication between student employees and supervisors, Evens wrote in her nominating letter.

“Since then, we have implemented more specific use of BaseCamp to maintain transparency between student employees – making it easier for students to offer or ask for help from other coordinators,” Evens said. “This has promoted even stronger teamwork between the team.”

Ten students were nominated for the CSB Student Employee of the Year.

As part of his duties, Pineda supports the Kling Media Lab and Video Studio for a wide range of classes, lectures, podcasts, interviews, newscasts, music videos and more. During the COVID-19 pandemic, he rapidly created many of the training resources and video tutorials that made it possible for the CSB/SJU community to move online quickly, and to take advantage of the digital tools that would become commonplace as a result of hybrid learning and video conferencing.

“Michael is a born leader and a natural mentor,” said Ethan Wittrock, Instructional Technology specialist and Pineda’s supervisor. “His style of leadership is also a testament to our Benedictine-influenced understanding of service-based leadership.

“As lead video production specialist, Michael works with other video specialists to help them learn and develop their skillsets so that they will be able to be a mentor to the next generation of students when Michael graduates,” Wittrock continued. “Michael will often delegate projects through mentorship and learning opportunities – he does this in part by playing to the individual strengths of those working on a project.

“Michael has a high sense of emotional intelligence and maturity when it comes to this topic, since he understands that respect for others is at the center of our shared work,” Wittrock said.

Five students were nominated for the SJU Student Employee of the Year.

“CA is an amazing tool that is very interactive and user friendly, but we quickly found out in late summer 2020 that the short timeline and technical demands of the platform would make it very challenging to develop the content we wanted to deliver as well as create all of the assessment exercises required for the class,” wrote four members of the biology department faculty in their nominating letter.

The department recruited the three teaching assistants from the 2019-20 academic year to take on the content development for the lab. The team created six lab topics in fall semester 2020, and six additional labs during spring semester. Each lab involved creating 50-70 screens depicting different anatomical views of key structures students need to learn.

“Each screen can take from 15-30 minutes to create and must portray the structures in question in a scientifically accurate, instructive and aesthetically appealing manner,” the faculty wrote.

The team also used CA to create questions that were used for small quizzes and exams in the course. All the questions involved creating views of three-dimensional structures that aligned with the materials previously presented to students.

Seven teams were nominated for the CSB/SJU Student Employee Team of the Year. 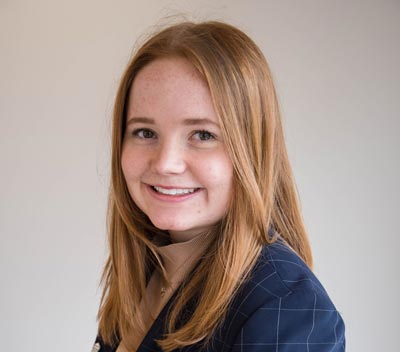 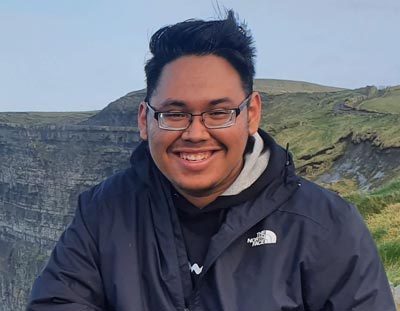 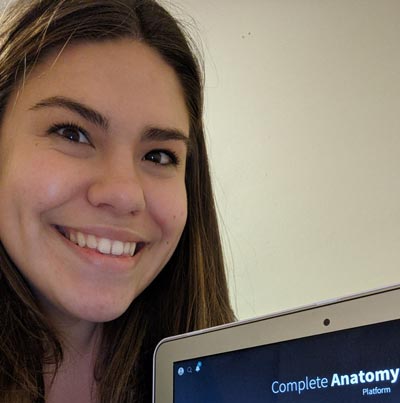 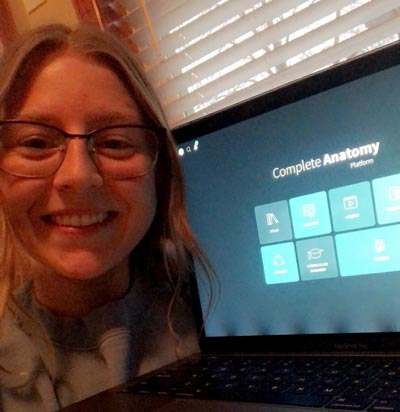 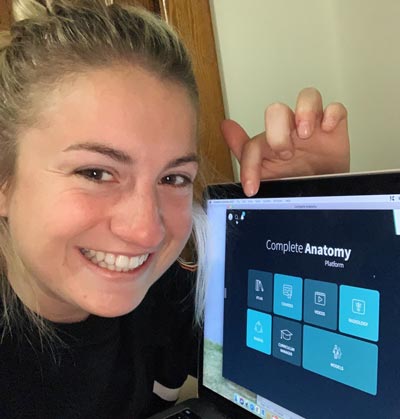