All athletic teams at the College of Saint Benedict and Saint John’s University had their seasons come to an abrupt end due to the COVID-19 virus.

But one team has still been able to participate – not on the field of play, but online.

The CSB/SJU Society for Advancement of Management (SAM) Case Study team won the Joseph Bush Undergraduate Division as part of what would have been the 36th annual S.A.M. Case Study Research Competition March 20.

The team was also awarded second place in the written competition of the event.

The group did lose out on a trip to Nashville, where the competition was scheduled to take place.

“When CSB and SJU canceled (class sessions) on Friday (March 13), I assumed we weren’t going,” said Steve Schwarz, visiting assistant professor of global business leadership at CSB and SJU and coach of the team. “A few hours later, SAM emailed us stating that they were moving (the competition) online. I was texting with the students about whether or not they wanted to present.”

In recent years, SAM has expanded the competition. It now includes the case presentation (which remains the signature event), a written case study, an extemporaneous speaking competition, business pitch competition and a knowledge bowl.

“We had planned to compete in all of these but dropped to only the written case and speaking case due to the chaos. This decision was made by the students,” Schwarz said.

However, it wasn’t easy. After months of preparation to do an in-person presentation, the students had to move off-campus, learn about Zoom, test the technology, nail down a location to present from (which ended up being their five homes) and finally giving the presentation on March 20 – all in a span of a week.

“The students didn’t get rattled,” Schwarz said. “They told me they wanted to present because they put so much work into this but they felt like they won regardless of the outcome.”

This year’s case study was on The Villages, an active adult (55 years old or older) retirement community located one hour north of Orlando. It is ranked No. 1 in the United States for active-adult retirement communities. The community has its own media outlet (a newspaper).

The case study asked students to figure out how The Villages could increase revenue, improve employee retention and increase viewership of its newspaper.

The students made three recommendations:

Create a system that allows friends and family to send pictures and cards to the residents. The items would be printed and given to residents, bypassing the time and expense of mail.

Use WeDriveU to shuttle employees to work and within the community. “The Village has had issues with employee retention,” Schwarz said. “These Wi-Fi enabled shuttles would allow employees to work on their commutes and campus. Judges praised our students for the depth of their analysis and knowing that WeDriveU (owned by SJU alumnus Dennis Carlson) had zero fatalities when they (the judges) asked about liability.”

Create a daily game show that residents could compete in on their TV. Schwarz said the students estimated the technology to do this would cost $6,000, with daily tips printed in The Villages newspaper to increase readership.

When the question and answer session was completed, the judges thanked the students for their time.

Schwarz said the awards ceremony was broadcast on Facebook Live.

“We watched together via Zoom and I shared the stream,” Schwarz said. “While we couldn’t be together, it was fun to see everyone’s reaction online.

“I am most proud of this - our Benedictine values really shine in times like this,” Schwarz said. “I am so proud of the team.”

SJU alumnus Bob Foster ’72 summed it up best on Facebook.

“Excited to get great news like this,” wrote Foster, who is chair of the Advisory Committee for the Donald McNeely Center for Entrepreneurship and the Center’s Entrepreneur in Residence. “(It) let’s me realize that in these troubled times we will be led out of this mess in part by our bright and talented young people. Keep it up. You are our future.” 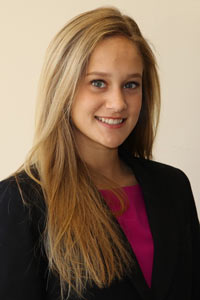 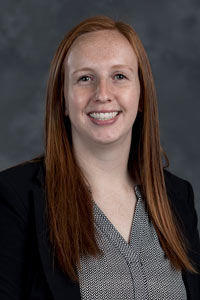 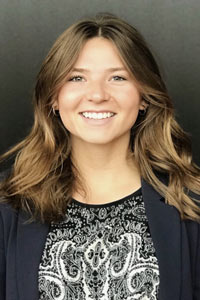 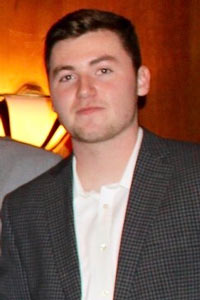 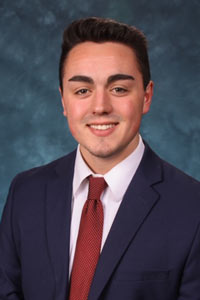