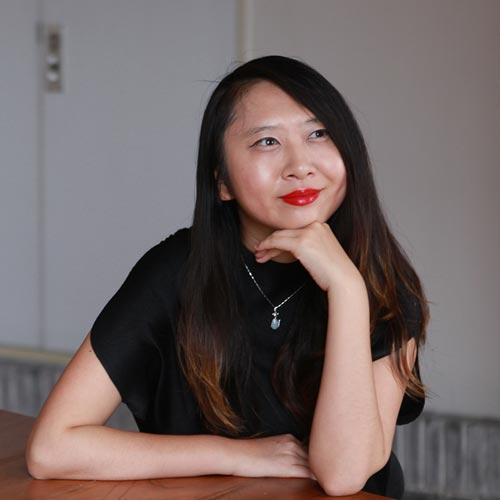 Many people might not recall who Anna May Wong was.

Wong was considered the first Chinese American movie star, and through her films, public appearances and prominent magazine features, she helped to humanize Chinese Americans to white audiences during a period of overt racism and discrimination. Following her death in 1961, Wong’s image remained a symbol in literature as well as in film.

That’s where poet Sally Wen Mao picked up the trail. Mao wrote a book called “Oculus,” published in 2019 by Minneapolis’ Graywolf Press, with a series of persona poems in Wong’s voice.

Mao, who received the 2019-20 Sister Mariella Gable Award from the College of Saint Benedict, will conduct a public reading at 7 p.m. Tuesday, Feb. 4, in room 204, Gorecki Center, CSB. The event is free and open to the public.

She will also be in residence Feb. 2-5 at CSB and Saint John’s University.

One of the sequences in “Oculus” speaks in the voice of Wong, “who travels through the history of cinema with a time machine – even past her death and into the future of film, where she finds she has no progeny,” Mao’s website said.

“With a speculative imagination and a sharpened wit, Mao powerfully confronts the paradoxes of seeing and being seen, the intimacies made possible and ruined by the screen and the many roles and representations that women of color are made to endure in order to survive a culture that seeks to consume them,” her website continued.

The book also “explores exile not just as a matter of distance and displacement, but as a migration through time and a reckoning with technology,” Mao’s website said. “The title poem follows a girl in Shanghai who uploaded her suicide onto Instagram. Other poems cross into animated words, examine robot culture and haunt a necropolis for electronic waste.”

Mao also is the author of a previous poetry collection, “Mad Honey Symposium.” Her poem, “Anna May Wong Blows Out 16 Candles,” won a 2017 Pushcart Prize, an American literary prize published by Pushcart Press that honors the best "poetry, short fiction, essays or literary whatnot" published in the small presses over the previous year.

Mao has been awarded fellowships at Kundiman, a national organization dedicated to the creation and cultivation of Asian American creative writing; George Washington University; and the New York Public Library Cullman Center.

Sister Mariella Gable was an English professor at CSB from 1928-73.  She was also a Dante scholar, poet, editor and writer. Sister Mariella tirelessly promoted the cause of two then little-known authors, Flannery O’Connor and J.F. Powers, and introduced audiences in the United States to such Irish writers as Frank O'Connor, Seán Ó Faoláin, Mary Lavin and Bryan MacMahon through her many essays and anthologies.