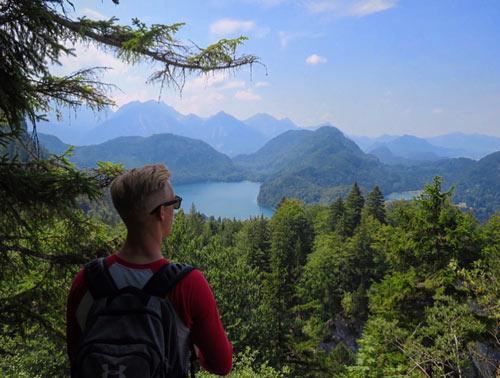 Study abroad continues to be a signature program for students at the College of Saint Benedict and Saint John’s University.

CSB and SJU are ranked among the top baccalaureate schools nationally for both mid-length study abroad and the total number of students who studied abroad according to Open Doors 2019, the annual report on international education published by the Institute of International Education (IIE) in partnership with the U.S. Department of State’s Bureau of Educational and Cultural Affairs.

Before graduating, 54% of students who graduated in 2019 studied abroad at some point during their four years at CSB and SJU, and 10% study abroad more than once, according to figures from the Center for Global Education at CSB and SJU.

“These national rankings affirm the long tradition of global education at CSB and SJU,” said Kevin Clancy, director of the Center for Global Education at CSB and SJU. “The strength of our model is that study abroad is not an ‘add-on’ experience, but rather it’s interwoven into our curriculum.”

The 2019 Open Doors report found that 341,751 Americans studied abroad for academic credit from their colleges and universities in 2017-18. That represented an increase of 2.7 percent over 2016-17. The leading destinations for U.S. students being (in order) the United Kingdom, Italy and Spain.

International students studying at U.S. colleges and universities was a record 1,095,299 students in 2018-19, topping the 1 million mark for the fourth consecutive academic year. The top origin countries for students coming to the U.S. were (in order) China, India and South Korea.