On Thursday, April 22, the reimagined O’Connell’s Student Lounge was officially opened in the Haehn Campus Center (HCC) at the College of Saint Benedict. In its new configuration, O’Connell’s is structured to serve students individually or in groups or clubs for meetings, events or just gathering.

“O’Connell’s and the HCC will turn 25 years old this year,” said CSB Executive Director of Facilities Ryan Gideon. “And when it opened, O’Connell’s was constructed as a nightclub, with a bar, dance floor, DJ booth and many disco balls. This renovated layout is much more open and bright and offers much greater versatility for use.”

Once the decision was made early on that O’Connell’s would not be a bar/nightclub, that design became limiting. It was a coffee shop for a time. It housed some student events. It served as overflow seating for nearby McGlynn’s Sports Café.

The Saint Ben’s Senate envisioned something new for O’Connell’s. They created a committee and had several conversations with Gideon. “Ryan encouraged them to think even bigger about the possibilities,” said Dean of Students Jody Terhaar.

Together, Gideon and the Senate collaborated on a plan designed to open the space up and create an environment that’s functional and appealing to students.

The renovated O’Connell’s includes a large lounge area with gaming, booths, high-top tables, café tables, and The Living Room – a comfy spot with sectional seating to view movies, TV shows and sports. The lounge includes all new lighting and technology including a very large, high-definition projection TV and a multi-zone sound system. The area can be easily reconfigured to host an open mic night or other student event.

The existing restrooms have been updated, and there are two new unisex restrooms.

“The types of programs students are interested in attending and the ways students gather together has changed a lot since the HCC and O’Connell’s opened,” said Terhaar. “The renovation of O’Connell’s opens everything up so people can see what is happening there.”

Through it all, students have not only been involved in this process, they’ve invested. In addition to the institutional funding for the renovation, the Senate allocated a substantial amount to help with the project. “The Saint Ben’s Senate allocated $120,000 to the remodeling of O’Connell’s,” said 2020-21 Saint Ben’s Student Senate Treasurer Erin Stone ’21. “However, the hours and time spent working that the members of the Senate have given to this project are innumerable.”

“I’m very excited to see a positive, collaborative outcome like this as we wrap up a year that has been challenging on so many fronts,” said Terhaar. “My hope is that O’Connell’s will become an active space on our campus during the day and at night. I think the meeting rooms will be used by student clubs for meetings and I expect to see a wide range of programming taking place. I also hope that students will be in the space to eat meals, hang out with friends, study or just relax.”

The original space was made possible by a generous gift from Burt and Patricia McGlynn and named to honor CSB President Emerita S. Colman O’Connell ’49. “We’re grateful for the lasting legacy the McGlynn family has in the HCC, and that S. Colman’s name and memory live on in this space,” said CSB Vice President of Institutional Advancement Kathy Hansen. 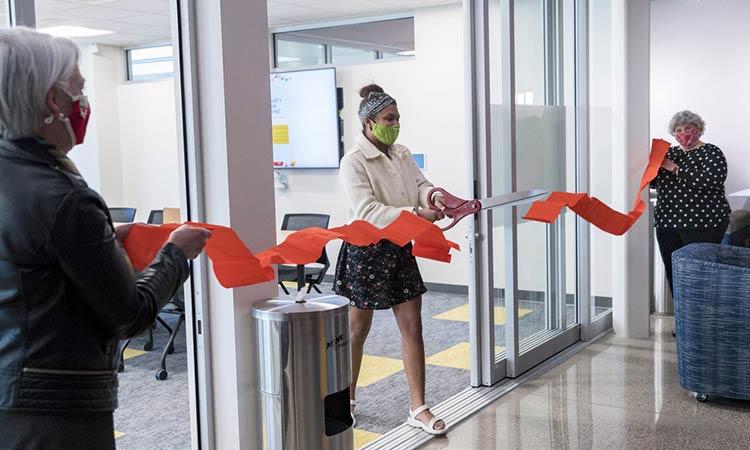 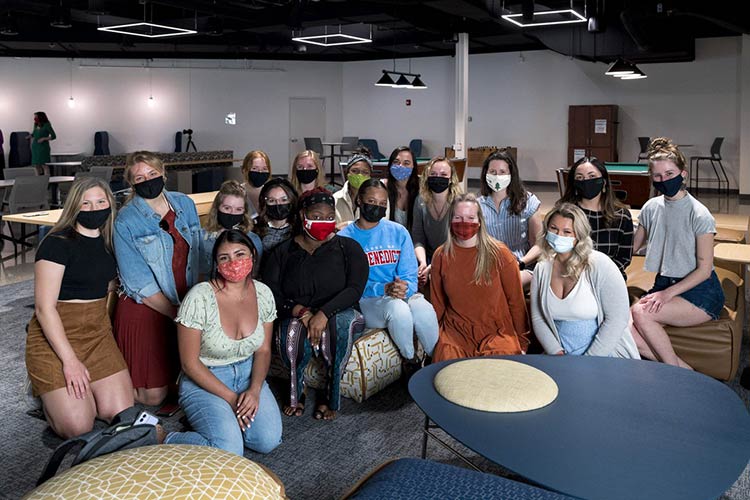 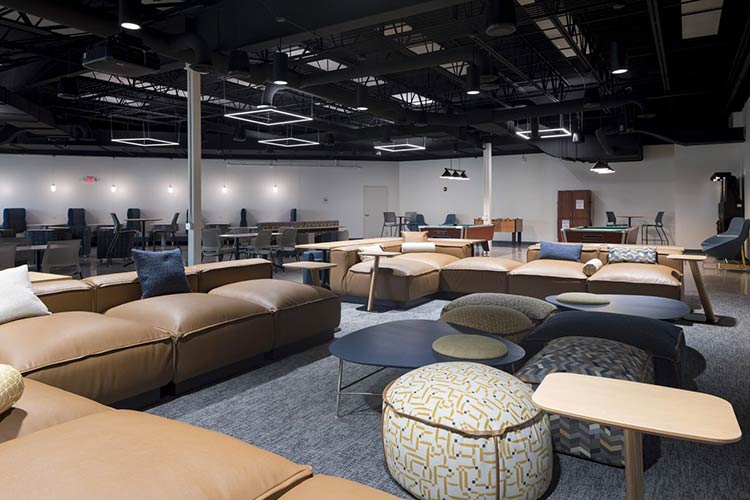 A look at the interior of O’Connell’s.