Interior design is not part of Malik Stewart’s job description.

But when the director of Intercultural and International Student Services (IISS) at the College of Saint Benedict and Saint John’s University talks about the new Multicultural Center in Murray Hall at CSB, he sounds a little like Joanna Gaines or Bobby Berk.

The Multicultural Center will have two events to kick off its new space. On Thursday, Sept. 23, there will be a meet-and-greet with Transitional Presidents Laurie Hamen (CSB) and James Mullen (SJU) , the CSB and SJU Board of Trustees and others, a blessing from Sister Michaela Hedican, OSB, and a ribbon cutting. A grand opening for students is from 4:30-6 p.m. Friday, Sept. 24.

Like the two noted interior designers, he sees great possibilities for the new space that was created over the summer.

“I want to see a ton of students in this space all the time,” Stewart said.

“There were student complaints that they would come into IISS and this space was supposedly a student space, but it was mostly professional offices. It was small,” Stewart said.

Moving the three offices will create a larger area for underrepresented students to conduct meetings, programming or simply hang out. A conference room equipped with state-of-the-art technology will be added, and there will be a land acknowledgement recognizing the original homeland of the Dakota and Anishinaabe people.

“If you’re walking around, and for whatever reason, don’t feel represented on campus, we want you (to come) to that space and know that you are welcome,” Stewart said. “In the spirit of breaking down silos and reaching students in different ways, there certainly is the hope to engage other campus partners by having folks to come in and work in there,” Stewart said.

He also believes that the new space will become an area for cultural clubs to hold programming or club meetings.

“Having a space where the population that you’re targeting feels represented, it adds value to the program,” Stewart said. “I think students find different places that they prefer, and there’s nothing wrong with that. This will just be one more spot for this specific population.”

One big move will be the re-establishment of the Cultural Affairs Board (CAB), which has been dormant the last couple of years. The CAB helps cultural clubs on campus coordinate with each other, issue statements on news events and interact formally with the Student Senates at CSB and SJU.

“It’s just a way of bringing students from different backgrounds together,” he added.

Another of Stewart’s goals is to reinvigorate cultural clubs on campus. That’s particularly important coming out of the COVID-19 pandemic.

He used the Asia Club as an example. The club promoted Asian culture in formal and informal settings and in the context of Benedictine values and multiculturalism on both campuses and strived to unite all students interested in Asia.

“Only seniors would have experienced the Asia Club. It was a big club, at one point,” Stewart said.

“What goes on outside the classroom is, in some ways, just as important as what goes on inside the classroom. I want to support that and make sure that those groups, those students can come in and feel that they are supported by the Multicultural Center for training needs, or space needs,” he said.

“International student support is really important, and there’s a lot that goes into it. There are some things that we are required to do as an institution, but then those students have very, very specific immigration requirements to follow, and so it’s a really key piece of the Multicultural Center. Aside from navigating culture shock and a different educational system, they’re also navigating the immigration system,” Stewart said.

The interior of the Multicultural Center will be done before the start of the school year. An exterior entrance on the north side of Murray Hall is expected to be completed during the first few weeks of fall semester.

“People aren’t going to hang out in an entrance. They’re going to be inside,” Stewart said.

That’s something Gaines or Berk would appreciate. After all, inside is where students will feel welcomed. 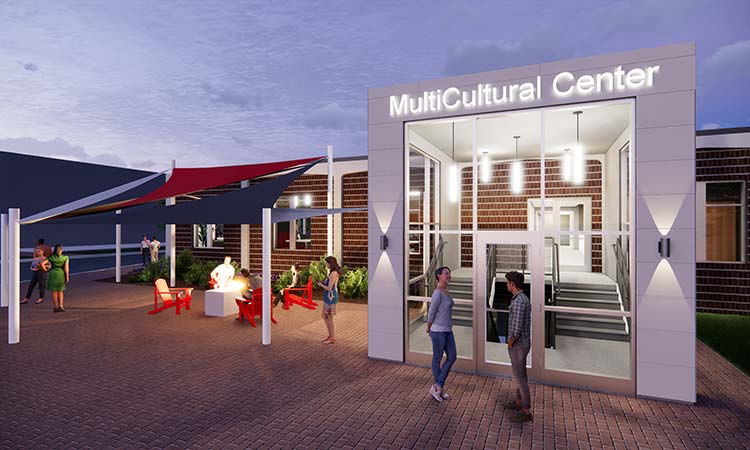 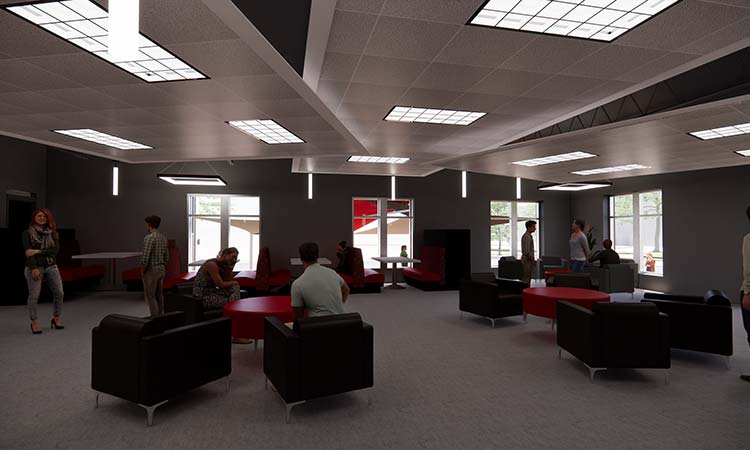