CSB President Mary Dana Hinton Will Step Down in June 2020 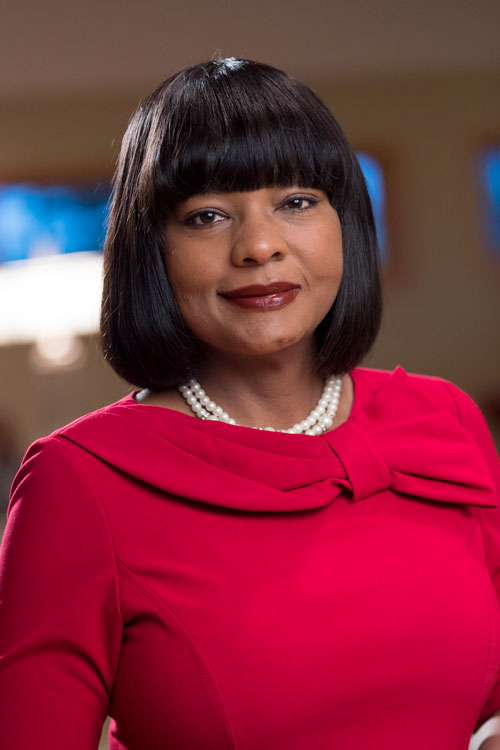 Mary Dana Hinton, 15th president of the College of Saint Benedict, will step down at Saint Ben’s at the conclusion of the academic year. She will become the 13th president of Hollins University in Roanoke, Va., on Aug. 1, 2020.

Hollins University has been devoted to the education of women since its founding in 1842 and is deeply committed to the liberal arts and academic excellence. For more than 60 years, Hollins has also offered graduate education opportunities to both men and women.

The University, with the sixth largest endowment of private universities in Virginia, is recognized by U.S. News & World Report among Top Performers for Social Mobility. Students hail from 44 U.S. states and territories and 20 countries. Hollins features a nationally recognized creative writing program, the innovative Batten Leadership Institute, and the new Rutherfoord Center for Experiential Learning, which guarantees students real-world experiences beyond the classroom throughout all four years at the university.

“We are grateful for President Hinton’s inspiring leadership over the past six years, and for the ways she has positioned Saint Ben’s to thrive in the future,” said Barb Brandes, chair of the CSB Board of Trustees. “She has strengthened our commitment to our mission and vision, inspired our students and alumnae, enhanced our financial health and national profile, and reaffirmed our historical commitment to social justice and equity.”

In describing the opportunity to lead Hollins, Hinton said, “Hollins is a storied institution whose mission directly aligns with my vocation. I am called to serve and give voice to the needs and development of young women and Hollins has been a leader in this endeavor for over 175 years. I am honored by, and grateful for, the opportunity to do this work with a wonderful community that is also close to home for me and my extended family.”

Hinton began at Saint Ben’s in July 2014. Through a collaborative process, she implemented the college’s vision to provide a liberal arts education preparing women to think critically, lead courageously and advocate passionately. She leaves the college in a strong position, overseeing an impressive set of achievements:

“President Hinton’s heart for educating women has been evident throughout her tenure, and she has demonstrated an extraordinary ability to vision a future and motivate others toward that vision,” said Susan Rudolph, OSB, prioress of Saint Benedict’s Monastery. “Similar to Saint Ben’s, Hollins is a private women’s college whose mission is to nurture civility, integrity, and concern for others. Mary’s educational standards call others to be their best. We have been gifted by her presence and by the wonderful insights that have become guiding lights.”
Through a variety of celebrations this spring, the college will recognize President Hinton and the ways she has enhanced the Saint Ben’s community. The community thanks her for her leadership and service and wishes her well as she embarks on a new leadership opportunity.
The College of Saint Benedict Board of Trustees has retained Academic Search, Inc. to assist in the selection of the next CSB president.