Home / Newsroom / The doctor is in: CSB graduate wins Family Physician of the Year award

The doctor is in: CSB graduate wins Family Physician of the Year award 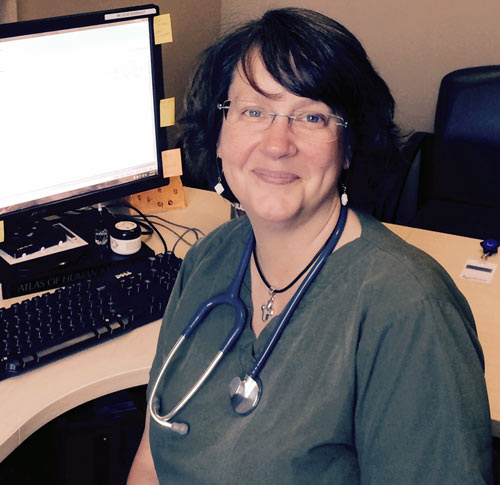 Being a family medicine physician is a little like attending a liberal arts college.

At a liberal arts college, you take a variety of courses to become a well-rounded learner. And as a family physician, you see patients of all ages to keep them healthy.

Dr. Julie Mayers Benson knows both to be true. The 1990 graduate of the College of Saint Benedict is a family physician with the Lakewood Health System in Staples, Minnesota, located about 70 miles north and west of the CSB campus.

On April 20, Benson was named the 2017 Family Physician of the Year by the Minnesota Academy of Family Physicians (MAFP). Thirty-one family physicians were nominated for the award, which has been given annually since 1981.

“I love, love, love the full spectrum of seeing everybody,” Benson said when asked about being a family physician. “I don’t want to want to see just girls, or just kids, or just older people. I want to have a wide range (of patients).

Benson said she started thinking about becoming a family physician when she was attending CSB with a major in chemistry.

“I feel strongly about the well-rounded component of (a liberal arts education),” Benson said. “When you think about exposing your kids to not just an engineering class, but literature and religion and the arts and economics and business, it prepares you for life.

“It’s one thing to be trained for a job, but it’s a whole other thing to be prepared for life.” 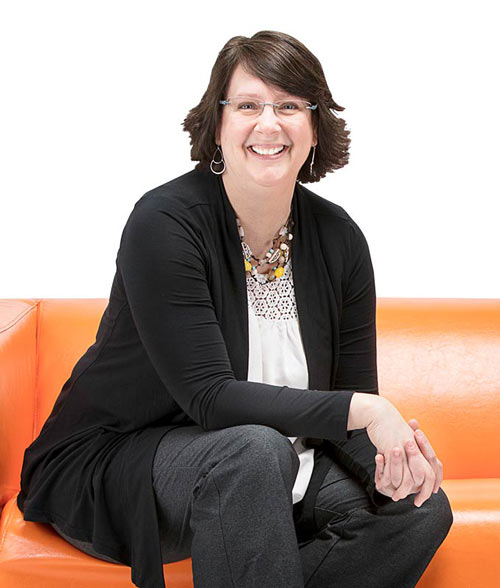 Following Benson’s graduation from CSB, she attended the University of Minnesota-Duluth for her first two years of medical school. The UMD program was founded in 1972 to be a leader in educating physicians dedicated to family medicine and to serve the health care needs of rural Minnesota and Native American communities. She completed her medical studies at the University of Minnesota.

“I knew I didn’t want to be kind of a jack-in-the-box doctor in the Twin Cities,” Benson said. “I don’t want to limit myself. I do obstetrics, I deliver babies, I do pediatrics, I do end-of-life. I do a lot of hospice and palliative care.”

And that still includes house calls.

“I still do home visits,” Benson said. “I can’t say I do it on a regular basis, but I do a handful a month. I like to do them, and they’re important, too. I actually learn a lot more, because I think I can take better care of the patient if I’ve been in their home once, see their family and see what’s going on with them.”

Benson ignored several emails saying she had been nominated for the award. Eventually, she sent her résumé to the MAFP. Unbeknownst to her, several colleagues helped organize a letter-writing campaign from her patients.

“Julie is the most compassionate physician I have ever known,” said Dr. Christine Albrecht, a colleague of Benson’s, in a release from the MAFP. “She has started our palliative care/hospice program and made it one of the best in the country for a rural health hospital system.”

The MAFP said that “dozens of patients” wrote about Benson’s handling of their loved ones during dark days.

Benson said winning the award was humbling, noting that her colleagues deserve the award as well.

“Family medicine is hard work,” Benson said. “But we have great lives, too. All of my partners go above and beyond. All my partners will make phone calls at night, or do extra visits to people, or fit people in (for appointments), or cry with them. If you do family medicine, it’s what you do because you want to take care of families as a whole.

“That’s why I’m uncomfortable with the award, because I think my (office) neighbors in both directions are just as deserving. There’s just a lot of good people that are practicing medicine.”

She would encourage anyone considering a career in medicine to follow her lead. As Benson notes, medicine today is different than when Marcus Welby was TV’s most famous physician in the 1970s.

“There’s a lot more insurance paperwork and regulations … there’s a lot of my job that does not have anything to do with my training and medical duties, it has to do with regulations and clicks (on a computer). I would never dissuade somebody from (a career in medicine). But, they have to go into it with their eyes open,” Benson said.

“But I do have the best job in the world. I wouldn’t trade it for anything. I am really lucky to be able to say that.”