Immelman, Griebie have mutual admiration for each other

So it’s hard to say who holds who in the higher regard.

Griebie, a College of Saint Benedict senior psychology major from Minnetonka, Minnesota, considers Immelman to be her mentor, someone who has encouraged and supported her research and made her a better student.

Immelman, an associate professor of psychology at CSB and Saint John’s University, considers Griebie to be one of the most talented students he’s had the privilege of teaching in his nearly 30 years at CSB and SJU.

Griebie came to CSB as a chemistry major and switched to biology during her first year, but that changed during her sophomore year.

“I took introductory psych with Dr. Immelman just by chance in the fall of my sophomore year (in 2018),” Griebie said. She followed that up with Immelman’s evolutionary psychology course during spring semester 2019 and personality psychology in the fall.

“I quickly realized I loved psychology, that I had a real passion for this field,” she said. “So, I changed my major at the end of my sophomore year to psychology, and I began research with him that summer.

“I think one of the advantages of schools like Saint Ben’s and Saint John’s is getting to take courses in different subjects, and find out if you have a passion for a field or a discipline. I really didn’t know anything about (psychology) until I took those classes.”

Her research the past two summers involved assisting Immelman, who directs the Unit for the Study of Personality in Politics. Established in 1999, it is a collaborative faculty-student research program in the psychology of politics at CSB and SJU and specializes in the psychological assessment of presidential candidates and world leaders.

“My first summer, my primary responsibility was to collect diagnostically relevant data for our profiles. We collected those from media reports and other sources, and used them to supplement the leader profiles we were working on,” said Griebie, a graduate of Benilde-St. Margaret’s School.

“It soon became evident that she had developed a sophisticated understanding of personality dynamics, so I increasingly relied on her to assist with the more complex coding and classification decisions involved in developing the personality profiles of presidential candidates,” Immelman said.

“This past summer, he (Immelman) gave me a lot more independence in the research and responsibility. He allowed me to advise the other two student researchers who worked with us this past summer, and he also trusted me to train a psychology student at St. Francis Xavier University in Nova Scotia, Canada,” said Griebie, noting that collaboration produced an analysis of Canadian Prime Minister Justin Trudeau.

“During that second summer, Annie continued with data collection but completed coding and classification tasks more or less independently, operating more as a colleague than as a research assistant,” Immelman said, noting that Griebie assisted him in training an additional two graduate students at Lomonosov Moscow State University, Russia’s top-ranked university.

Griebie also co-authored a paper with Immelman on Trump, which was presented at the annual scientific meeting of the International Society of Political Psychology, and papers on Biden and Vice President-elect Kamala Harris.

The research process includes much deliberation among Immelman’s team of student researchers. It truly is a team, Griebie said.

“He has deliberately told me in the past that he sees us (students) as collaborators, and always urges me to express my own opinion, even when my opinion contradicts his own,” Griebie said. “Part of our research does involve that deliberation process, and within that process, he constantly encourages me to share my own thoughts on how I think the items should be categorized before even offering his own professional insights.

“So, his encouragement and mentorship has really helped me to gain confidence in articulating my thoughts as well as help me feel like I’m a valuable member of his research team,” Griebie said.

“Within that team setting, he’s also helped me grow my own ability to do independent research as well,” she said. “He’s encouraged me to do an all-college thesis. I’m working on elaborating the conceptual links between presidential leadership style and the personality-in-politics model that Dr. Immelman created and used in our research. So, he’s really pushed me to become better as an independent researcher and student in general.”

“I do not believe in using students as mere data collectors doing the heavy lifting; I try to establish a collaborative, collegial relationship,” Immelman said. “Students play a significant role in helping me determine the personality profiles of the public figures under investigation by conducting targeted searches for specific life history and behavioral data I need for psychodiagnostic purposes.”

Immelman is also helping Griebie take the next step toward post-baccalaureate studies, be it graduate programs in psychology or medical school.

“No matter what program or school I’ve told him I’m thinking about, he always believes in it and believes in me,” Griebie said. “He is my adviser as well, and he has helped me take the right undergraduate classes as well as helped get a position as a teaching assistant and research experience, which is always super important when applying to the next step after Saint Ben’s.

“I don’t know if I would even consider applying to some of the programs that I’m thinking about if he hadn’t been so encouraging,” Griebie added.

“Among the scores of students for whom I have written recommendations for medical school or graduate programs in psychology, Anne Marie Griebie receives my strongest recommendation, easily ranking in the top 10%,” he wrote.

“In short, I consider Annie the best all-around, most talented student I have taught in my 30-year career; she possesses a rare combination of superior intellectual ability, high emotional intelligence, academic competence across the curriculum, genuine compassion, impeccable character and indefatigable conscientiousness,” Immelman added.

Although Griebie says there are other professors at CSB and SJU who have helped mentor her, Immelman stands out.

“Dr. Immelman has really, I believe, gone above and beyond. He’s been incredibly supportive. He’s given me such unparalleled opportunities and really fostered my entire education here,” Griebie said. 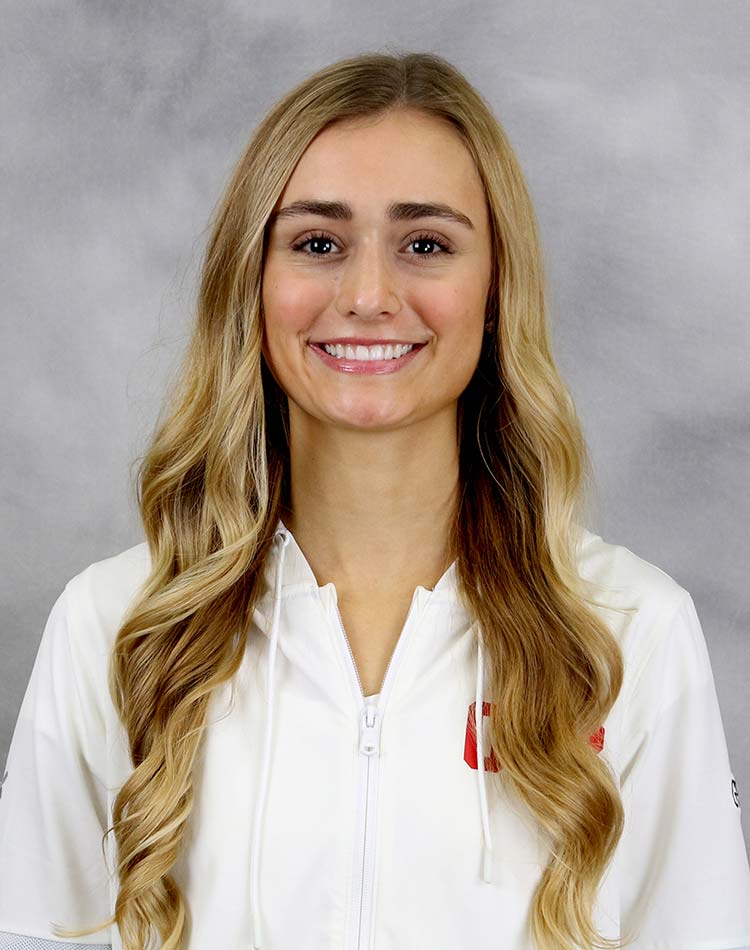 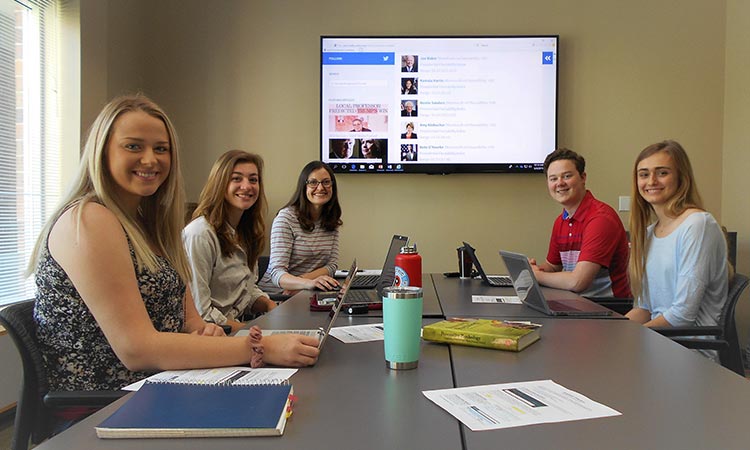 Diana Symons, associate director for Learning and Research at the College of Saint Benedict and Saint John’s University, instructs the Unit for the Study of Personality in Politics summer 2019 research assistants Cassidy Smith ’20, Suntina Spehar ’20, Austen Luetmer ’20 and Annie Griebie ’21 in database research methods for a study of contenders for the Democratic nomination in the 2020 U.S. presidential election.