Charlie Etuko ’21 has many reasons to be thankful. He’s been working for Morgan Stanley, a global financial services company, since he graduated from Saint John’s University. He recently accepted a promotion from the Minneapolis office to one in Chicago. And – most important – he’s several years cancer-free after being diagnosed with leukemia during his senior year at Mounds View (Minnesota) High School.

Etuko, a standout prep track star whose true love – basketball – helped motivate his recovery, is effusive with his praise for the physicians and medical staff who helped him, and family and friends who inspired him during treatment. While he left his identity as an athlete behind at his diagnosis, he tried out for and made the Johnnies’ basketball team as a sophomore to prove to himself he could do something he thought was lost forever, and has promised to do anything he can in the future to aid three causes. They include Wishes & More, a Minneapolis-based charity that enhances the lives of children fighting terminal or life-threatening conditions, the Minneapolis Children’s Hospital, and the Eddie Phillips Scholarship program for African-American Men. Without the latter, he said, he never would’ve had the foundation he needed for success beyond Saint John’s.

Etuko and Tyreese Robinson ’21 were the first SJU graduates to benefit from the two-year scholarship honoring Eddie Phillips, a Twin Cities businessman and philanthropist, whose son, Dean, is a U.S. Congressman and co-chair of a foundation started by his grandparents, Jay & Rose Phillips. Robinson, who now works as a software developer for Genesis10, a staffing company with nearly two-dozen offices across North America, said the Phillips scholarship – especially the rigorous supporting programming that goes with it – “completely changed the trajectory of my life.”

According to recent data from the U.S. Department of Education, the Black male post-secondary graduation rate is 39%, far below the white student rate of 69%. That 39% is also considerably lower than the rate for Black women (48%), who outnumber Black men on college campuses by nearly two to one. Consequently, Black men are at heightened risk of having less earning power and less access to higher paying professions – something that perpetuates disparity.

The Phillips Scholarship combines intense mentoring with leadership opportunities and cohort experiences. Recipients are selected during their sophomore year of college and must be Pell Grant eligible with a grade-point average between 2.0 and 2.9, on track to graduate in four years, available to participate in all required program activities and motivated to succeed. In return, they participate in a 10-week, two-credit summer leadership course, produce academic work plans, engage in retreats with their peers, attend a national Black student leadership conference, serve a paid internship and receive intense mentoring and networking support. They also get a $5,000 scholarship for their junior year, the same amount when they’re a senior, and a $1,000 bonus upon graduation. They’re even provided with suits and attend a half-day dress-for-success presentation.

“There were a lot of things I learned from the program – how to carry yourself in a professional environment, how to write business emails, and public speaking skills,” Etuko said. “At the time, my parents were going through their own hardships, and it was on me a lot to work during the summer to have what I needed to pay for school. That scholarship helped me and my family out tremendously, and there were guys in my cohort who talked about how they didn’t think they’d be able to do another semester without it. It kept them in college and eventually got them to graduate.

“I think I had a good foundation in college but really became polished through the Eddie Phillips program. When I was able to enter the work force, I’d been honing those skills for two-plus years. If I didn’t have that and was pushed from a college environment into the corporate world, it would’ve been much more difficult.”

For all its benefits, Robinson was skeptical of the scholarship offer at first.

“My roommate had been offered it, and he turned it down because he wasn’t sure if he was going to stay at Saint John’s,” said Robinson, who graduated from Robbinsdale Cooper (Minnesota) High School. “So, someone reached out to me. I was like ‘I’m just getting a scholarship because I’m Black? I’m not sure I’m interested in that.’ I felt a little strange. But I thought it over and realized the value I would be getting, and I thought I’d try going down that road. I’m super happy I did.”

The leadership course helped snap him and others to attention. Program coordinator Abdul Omari, who has a doctorate in comparative and international development education from the University of Minnesota, is the main mentor for the students, leads all cohort activities and is a no-nonsense role model.

After Robinson’s junior year, he landed an internship with Graco, a Minneapolis-based manufacturer of fluid-handling systems that has more than 3,500 employees. COVID-19 forced his work to be remote, and it wasn’t directly in line with his pursuit of a computer science degree, but it proved to be invaluable, nonetheless.

“It was a great way for me to get my feet wet in that corporate workspace,” Robinson said. “I wouldn’t have pursued an internship on my own. I probably would’ve gone back to a summer job at the bakery where I was working before or done Door Dash or something. Eddie Phillips gave me confidence, made me a leader, and made me realize I can take control and make my name and provide value wherever I go.”

The Phillips Scholarship launched in 2015 with three students. A new cohort was inducted every two years through 2019, when Saint John’s first participated. In 2021, SJU had four of the 14 scholars – more than any other school.

“I received an email from somewhere – I don’t even remember,” said Arthur, who speaks three languages (English, Italian, Twi), is an Army Reservist as a motor transport specialist with a unit in Buffalo and competes on the Johnnies’ soccer and track & field teams. “It said ‘Apply for this scholarship.’ At the time, I already had enough scholarship to cover what I was going to do. So, I ignored it. A couple weeks later, I got another email telling me to apply. I was like ‘Why do they keep contacting me?’ I wasn’t going to be rude and say I didn’t want any help, so I applied and forgot about it. A couple of weeks later, I got another email saying I was being considered for the scholarship. I had to interview with some people who had already gone into the program and, when I met with them, they told me some interesting stories. Their experiences inspired me to take this seriously.”

One of them was Etuko, who shared about his internship as a branch analyst with Morgan Stanley – which led to a full-time job. Arthur knew an internship would be important, but he had no idea how to go about getting one. As a Phillips Scholar, he was connected with Target and interned as an executive team lead last summer at a store in Coon Rapids. His experience shadowing leaders in each department – including the store director – to learn how they operate has already led to a job offer.

“I’ve developed a lot of cool relationships,” said Arthur, who was born in Ghana and lived in Italy from ages 9-15 before coming to the U.S. “The most important part of the Eddie Phillips Scholarship is the connections you build. It’s crazy to think of all the people I know now and how I’ve expanded my network just because of it. I’ve been able to go to meetings that are very exclusive, like once when I met the CEO of the Timberwolves. I would never have gotten to do that on my own. It’s important because you can be a hard worker, but at the end of the day it’s who you know.

“After being in the program, I want this for other people,” Arthur added. “There’s another guy on our soccer team that I think this would really help. I’ve told him to look out for an email. Hopefully, he won’t ignore it like I did.”

Saint John’s, like all the other schools involved under the direction of the Minnesota Private College Council (whose president is a Johnnie – Paul Cerkvenik ’81), commits to providing a coordinator on each campus to mentor and support the scholars. They meet for dinner with Brian Bruess, joint president of SJU and the College of Saint Benedict, his wife, Carol, and other dignitaries at Renner House. SJU also hosts all the current scholars from all schools during each cohort and the individuals develop bonds that spread across schools – even occasionally among competitors who face each other on the football or soccer fields or other sports venues.

“Getting to know students of color my age from around Minnesota was invaluable,” Robinson said. “We have a Snapchat group, and we still talk, at least every week. If I could tell someone coming up behind me about Eddie Phillips, I’d say do it. It was a life-changing opportunity. The biggest thing you get isn’t even the money.”

Etuko says he has life-long friends from his cohort, including a roommate and fellow Morgan Stanley employee. And even though he’s moving to Chicago soon, Etuko has maintained a connection to SJU and the Phillips Scholar program, informally mentoring Arthur in the hope he’ll do the same.

“Someone once told me to think of this scholarship as if you’re reaching up for a helping hand,” Etuko said. “Someone’s pulling you up but then you need to reach your hand back and pull someone else up behind you. That’s stuck with me because I’ve been blessed by enough people who have helped me in many different ways. I want to make sure I elevate others, too. I told that analogy to Kevin, and I hope that continues to set the tone for the next cohort.” 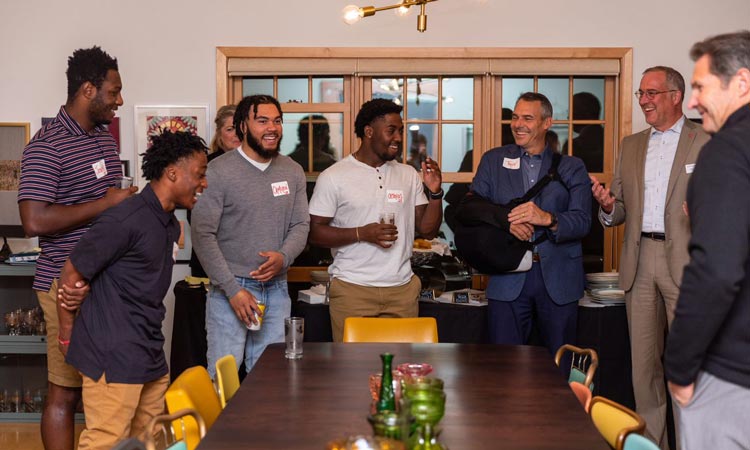 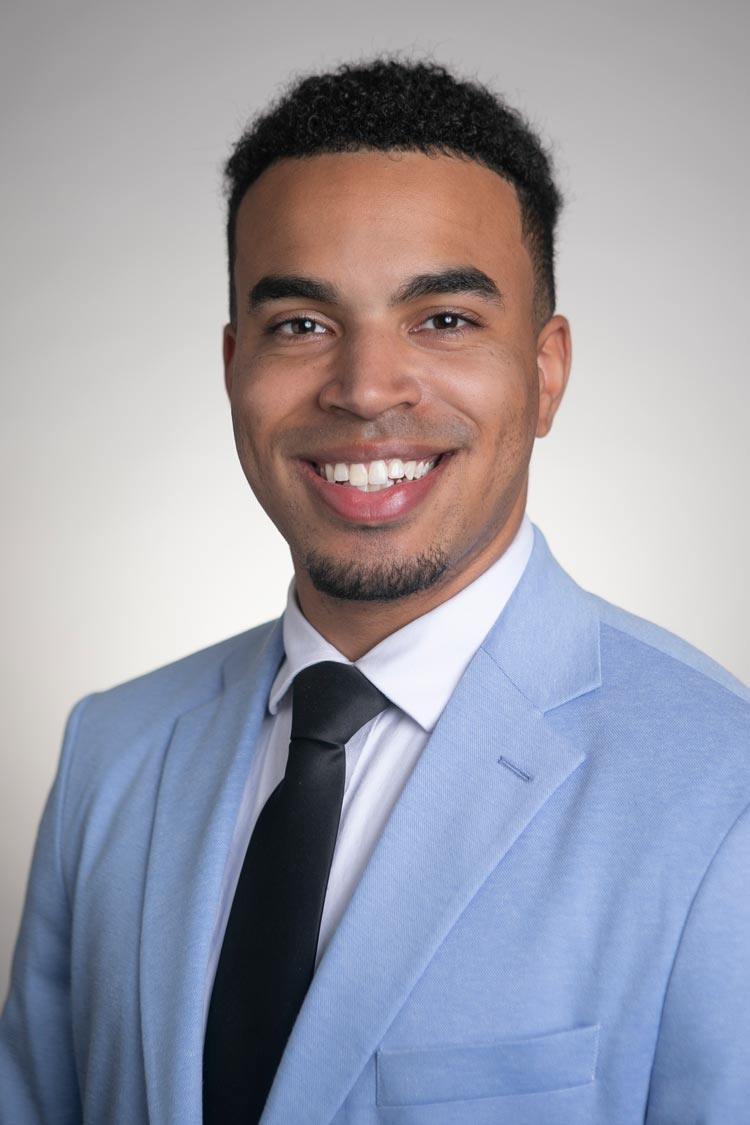 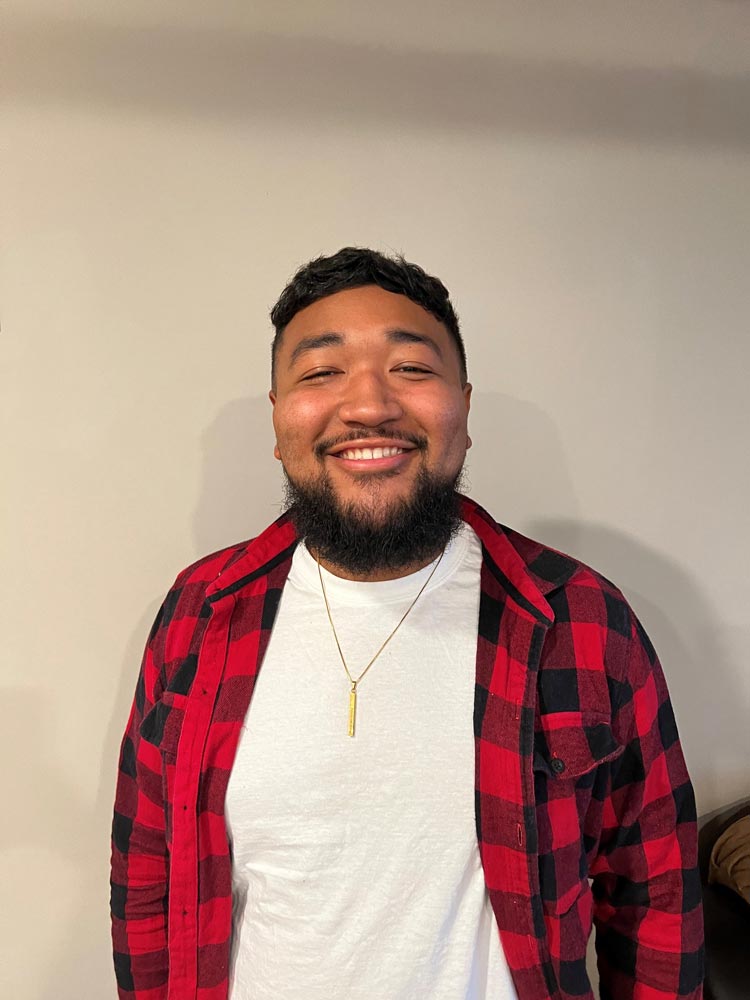 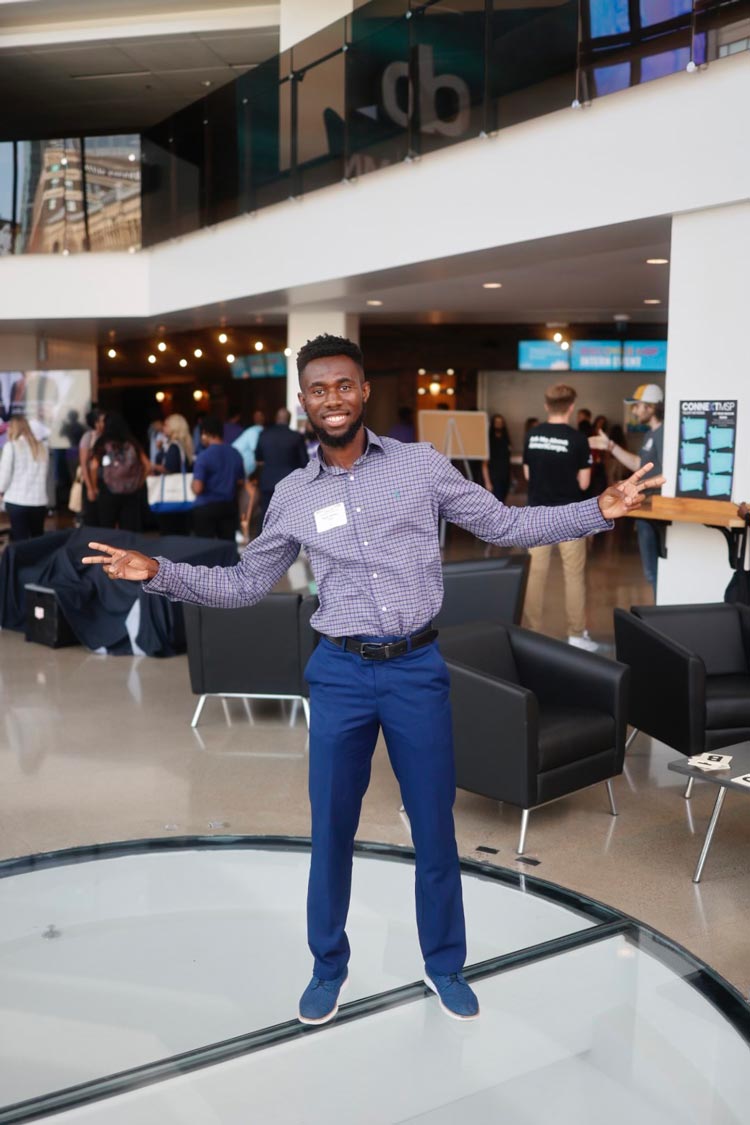