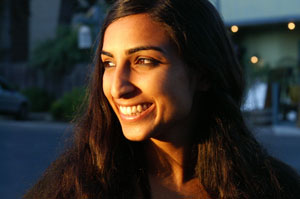 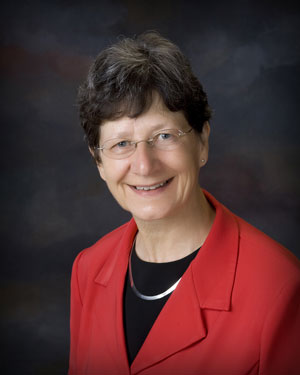 Valarie Kaur, a civil rights lawyer, documentary filmmaker and interfaith leader, will deliver the commencement address during the 100th annual commencement ceremony at the College of Saint Benedict at 2 p.m. Saturday, May 9, in Clemens Field House on the CSB campus, St. Joseph, Minnesota.

During the ceremony, CSB will present its President's Medal to Rita Knuesel, provost at the College of Saint Benedict and Saint John’s University, who will retire June 30.

Bridget Cummings, a senior political science major from Chaska, Minnesota, will be the student commencement speaker, as selected by this year's senior class.

Kaur attended Stanford University, where she received her bachelor’s degrees in religion and international relations and served as the baccalaureate speaker for her class. She went on to earn her master’s degree in theological studies in 2007 from Harvard Divinity School as a Harvard Presidential Scholar, and her law degree in 2012 at Yale Law School as a Knight Law and Media Scholar. She currently serves as the Senior Media and Strategy Fellow at Stanford Law School.

Kaur has made award-winning films and headed multimedia campaigns on issues such as hate crimes against Sikh and Muslim Americans, racial profiling, gun violence, marriage equality, immigration detention and solitary confinement. She is a regular television commentator on MSNBC and opinion contributor to CNN, NPR, PBS, The Washington Post, The Huffington Post and The New York Times.

The Center for American Progress lists Kaur among 13 progressive faith leaders to watch. Kaur has received numerous honors for her leadership and service. In 2015, she was named a Young Global Leader of the World Economic Forum, and in 2014, she received an alumna award from Stanford University by the Asian American Center. She was also named a 2013 Person of the Year by India Abroad and was selected by the Swiss American Foundation as one of 25 young American leaders in 2012.

Knuesel has had a 37-year career at CSB/SJU. She has served as provost at CSB/SJU since 2007. Prior to becoming provost, she was interim provost, CSB/SJU associate provost and academic dean and CSB dean of the college. Before becoming involved in administration, Knuesel was a faculty member in the music department for 17 years. She is a CSB Class of 1975 alumna.

In 2013, Knuesel was nationally recognized when she received the Council of Independent Colleges’ Chief Academic Officer Award.

Past recipients of the award include Harvey Jewett, CSB Board of Trustees member; Dan and Mabel Coborn, philanthropists and chairman of Coborn's Inc. and Telzena Coakley, a retired educator from the Bahamas.