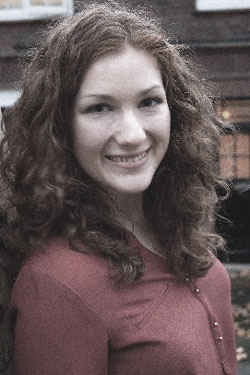 In Bangladesh, you might answer the phone with a "hyālō." "Merhaba" means hello in Turkish.

Two 2015 graduates of the College of Saint Benedict will be saying hello to new countries this summer, thanks to the U.S. Department of State and its Critical Language Scholarship (CLS) program.

Erin Kelso, who received a degree in political science, will study in Dhaka, Bangladesh.

Jessica Raboin, who received a degree in sociology, will study in Ankara, Turkey.

Approximately 550 U.S. undergraduate and graduate students received a scholarship from the program this year. CLS participants will spend seven to 10 weeks this summer in one of 13 countries studying various languages.

Both graduates were able to apply specifically for their respective programs.

"I became interested in learning the Bengali language after studying abroad in West Bengal, India, during my junior year," said Kelso, a native of Henderson, Minnesota, who received a degree in political science. "This region of India and the country of Bangladesh share the same language. The language itself is very beautiful and, in my experience, the people who speak it are some of the most friendly, hospitable people I have ever met."

"I chose Turkey for several reasons," said Raboin, a native of Centuria, Wisconsin, who graduated with a degree in sociology. "I've wanted to learn Turkish since my exchange year in Germany, when I met many Turkish immigrants. My interest in the Turkish language and culture was immediately sparked. Turkey is a country famously quoted as being between crescent and star - east and west - and I'm fascinated by what it has to offer."

CLS participants are expected to continue their language study beyond the scholarship and apply their critical language skills in their future professional careers.

"The program is an extensive language training program, so I hope that I will come home having learned to read, write and speak at some basic level in Bengali," Kelso said. "I intend to apply for a Fulbright scholarship to teach English in Bangladesh next year, and I hope that I will continue to travel to the region in the future."

"I will be teaching English in Austria next year, so I am hoping to get involved with an organization that helps Turkish immigrants," Raboin said. "When I return to the U.S., I'd love to do similar work with Turkish immigrants or help coordinate education abroad programs for Americans interested in studying in Turkey."