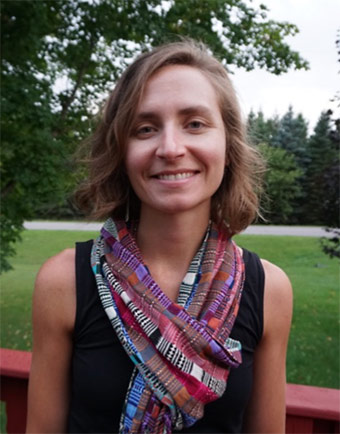 Corrie Grosse was a natural fit (pun intended) to get involved in environmental activism.

She grew up on the western side of Grand Teton National Park, “a place where I spent a lot of time outside, in beautiful places,” Grosse said.

She joins a group of 120 leaders, including teachers, conservationists, researchers and social entrepreneurs who are harnessing the power of education to create a sustainable future.

Over 175 persons from over three dozen countries applied for the award this year. Created in 2016, the EE 30 Under 30 program provides international recognition, ongoing leadership development, including networking opportunities, scholarships to attend the NAAEE Annual International Conference and access to webinars and resources.

“The main thing (to get out of this honor) is access to a network of people who are doing good things all over the world who are young people,” said Grosse, 29.

She certainly knows the territory.

While a student at Idaho, Grosse started an Oxfam America student organization that was dedicated to relieving poverty and working toward sustainable development, focusing on women in agriculture and climate change. A little later, she campaigned against tar sands machinery moving through the streets of Moscow, Idaho.

“I partnered with some local environmental groups in my town to raise awareness about local resistance to tar sands machinery,” Grosse said. “Tar sands is the dirtiest form of oil on the planet, and they were trucking big pieces of machinery for tar sands through my college town.

“That was my first entrée into organizing about environmental issues,” she said.

Grosse then got involved with an activist group called 350 Santa Barbara while attending graduate school. That was a chapter of the global group 350.org, which works for climate justice.

“I got a lot of hands-on experience there, and then it ended up being the topic of my dissertation,” she said.

Grosse said today’s youth are continuing that cause.

“Being a young person, our whole lives are permanently shaped by climate changes. It’s going to be young people who figure out the solutions, and they’re going to lead the future on this issue,” she said. “I think it’s really important to equip young people with the skills to take on leadership roles, and we see that a lot with the climate strikes that are happening all over the world.

“It’s much more present in the media than it ever has been. Plus, social media is allowing students to see the climate strikes and other things like that that are happening around the world,” she added.

The recognition both flattered and honored Grosse.

“It does seem like a good fit in that it focused on environmental education, which is really what I’ve been working on,” she said.

“The campuses have made progress on continuing to value and to take action for sustainability. We’re really well poised to become leaders in those areas.”