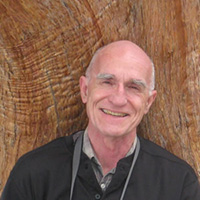 On April 17, 2012 students and faculty from many departments welcomed Scott Russell Sanders back to campus. He read from Earth Works: Selected Essays, which has received positive reviews from readers and critics alike, as well as shared predictions for the future, the combination of which made for an enjoyable and literary night. 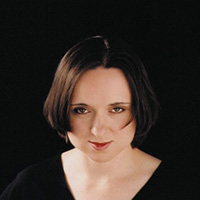 New York Times' bestselling author Sarah Vowell was here on April 13, 2012 to give an educational and entertaining presentation on the American history on which she bases her books. She read from a sampling of her books as well, which gave the audience an even greater sense of the wit that makes her so well-known on NPR's "This American Life" and her in columns for the New York Times. 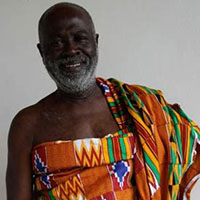 Papermaker and book artist Mary Hark, Assistant Professor of Art at the University of Wisconsin-Madison and CSB class of '78, was here to tell the story of TakeTime Press in Kumasi, Ghana, and its first publication, Listen, Listen - Adadam Agofomma. The evening included a showing of this book, acquired by Clemens Library, which honors the musical legacy of Ghana's National Living Treasure, Koo Nimo.

Pullman gave one-day workshops on November 12 and 13 in the Welle Book Arts Studio. 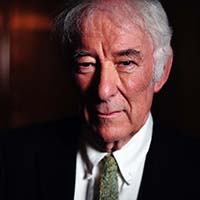 Seamus Heaney has been a Visiting Professor at Harvard University from 1985 to 2006; he was a Boylston Professor of Rhetoric and Oratory from 1985 to 1997 and Ralph Waldo Emerson Poet in Residence from 1998 to 2006. He joined us for a poetry reading on October 2.

Heaney is widely regarded as one of the major poets of the twentieth century. He has attracted a readership on multiple continents and has won prestegious literary awards and honors, including the Nobel Prize in 1995. 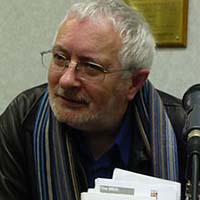 Eagleton is known as one of Britain's most influencial literary theorists. He has written more than forty books.