Christian Nationalism in America: Its History and Resurgence

In his recent and widely acclaimed book Nazis of Copley Square: The Forgotten History of the Christian Front, Charles Gallagher tells the story  of a group of American terrorists who, in the name of God, conspired to overthrow the United States government and form an alliance with Hitler. Members of this self-proclaimed anti-Semitic and anti-Communist group known as the Christian Front were charged with seditious conspiracy, the same charge levelled by the U.S. Department of Justice against leaders of both the Proud Boys and the Oath Keepers for their alleged roles in the January 6, 2021 Capitol riot. In this presentation, Gallagher will summarize the history of the Christian Front and other explicitly Christian nationalist groups and discuss their influence on today’s far-right movements. 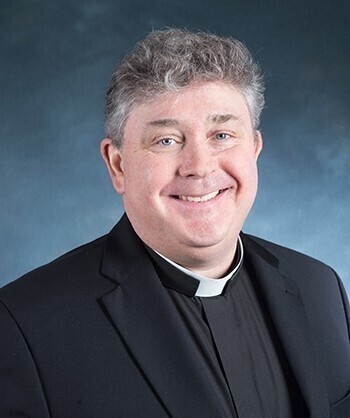 Charles R. Gallagher, S.J., is associate professor of history at Boston College where he has been teaching since 2010. Prior to then he taught at the College of the Holy Cross in Worcester, Massachusetts, and at the Geneva School of Diplomacy and International Relations while on a visiting fellowship. His research interests include the history of right-wing movements, the intersection of intelligence and religion, American Catholicism, papal diplomacy, international relations, and the history of the Holocaust. Gallagher, who earned his Ph.D. at Marquette University, is the author of  many publications, including Vatican Secret Diplomacy: Joseph P. Hurley and Pope Pius XII (Yale University Press, 2008), which won the John Gilmary Shea Prize from the American Catholic Historical Association, and Nazis of Copley Square: The Forgotten History of the Christian Front (Harvard University Press, 2021). His latest writing project is a religious history of the American Nazi party (1959-1967) and its influence on right-wing groups today.