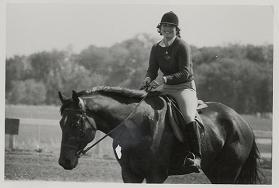 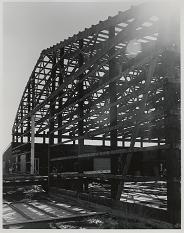 The College of St. Benedict’s Horsemanship Program began in 1972 with ten horses. The instructor, Miss Muriel Hallart, offered two courses: An Introduction to Basic English Horsemanship and Basic English Horsemanship. A course in Western horsemanship was added after the construction of two paddocks, indoor and outdoor arenas, stalls, and a hunting field, all located south of the BAC.  These facilities allowed for an annual horse show. Student workers cared for the facilities and animals, and those who owned horses were allowed to board their horse during the school year.

The Horsemanship Program made the College of St. Benedict very distinct in the Midwest region and many students attended the College because of it. A 1982 survey showed that one third of the students had been influenced by this program in their college choice.  Students were offered 14 classes and could receive a minor in Horse Management with 22-24 credits from these classes. 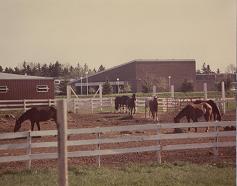 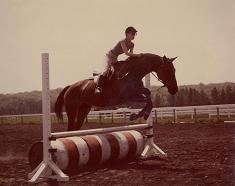 The program closed after the 1981-1982 school year due to its being a more costly department at CSB and SJU, its limited income, and the unlikelihood that its budget would balance in the future. It was also the least academic program offered. There were also fewer students interested in or enticed by the program.

At the close of the Horsemanship Program, the College of Saint Benedict was left with a large red barn on the south side of campus.  Some of the proposed uses for the building included indoor parking for cars, bikes, or buses; a place for social events like dances or art fairs; an indoor skating rink; or a combined office and workout complex.  As a last resort, the College also considered selling the stable.  The College decided to combine several of the above options, and used the former Horsemanship center as a space for ice skating, dances, and other events such as the annual Millstream Arts Festival.  Later it became the site for several large social gatherings, namely J-Term broomball, the first-year barn-themed orientation dance, and “Senior Disorientation.”

In 1995, the administration decided to raze the barn and stables.  They felt the buildings were an eyesore and wished to create a more central location for the Athletics Department.  The barn began its dismantling process in February of 1996.  In place of the barn, CSB built new tennis courts and athletic fields.