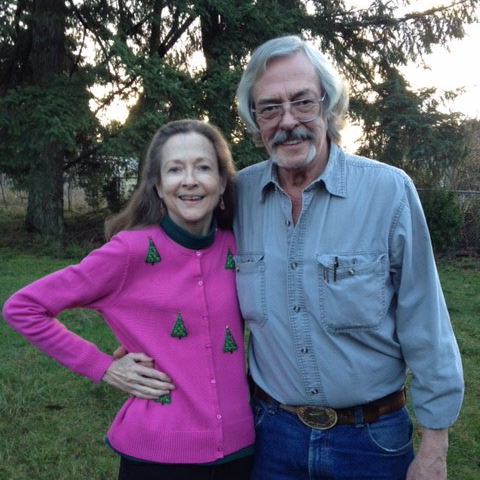 Linda Rotering ’70 has taken every opportunity to make a difference in her lifetime — even as those opportunities have taken her across the country and around the world.

The Amidon, North Dakota, native’s first ‘big move’ happened shortly after she decided to transfer from Mary College in Bismarck, North Dakota, and attend the College of Saint Benedict to pursue a major in music and minor in secondary education.

“Going to Saint Ben’s was my big move at the time and ultimately became my motivation in life,” Linda says.

After graduating from CSB, Linda joined the American Red Cross, where she cross-trained as a social worker and spent a year in Vietnam during the war working in an evacuation hospital. She continued her work with the Red Cross in San Antonio, Texas, at Brooke Army Medical Center for several years after Vietnam.

“[My education] really has created who I am,” Linda says. “I have taken every single opportunity to travel.”

When Linda returned home after a trip to Venezuela in the early 1980s, she developed a chronic cough. Over the following 10 years, doctors informed her that she had bronchiectasis, a progressive lung condition that leads to a loss of lung function over time.

“It has impacted and minimized what I can do,” Linda says. “But I’ve still pushed forward.”

Despite her chronic diagnosis, Linda continued to travel throughout the years. Since earning a master’s degree in social work from Our Lady of the Lake University in San Antonio, Texas, Linda has held various social work positions within hospitals and clinics, including Kerrville State Hospital in Kerrville, Texas, where she worked as a clinical social worker and program director of the alcoholism treatment unit for 12 years.

Shortly after that, Linda moved to Albany, New York, to continue her career in social work and worked as a program director, manager and social worker for various organizations including director of the clinical research center at the Research Institute on Addictions in Buffalo, New York. In 1996, she completed her doctorate in social work at the University of Albany SUNY in Albany, New York.

“I can find gratitude and be grateful for what I have,” Linda says. “That goes back to the values I learned at Saint Ben’s — compassion, justice and being there for others.”

In 2005, Linda began working at the Portland Veteran Center in Portland, Oregon, as a readjustment counselor and social worker. In this role, she provides post-traumatic stress disorder (PTSD) evaluation and treatment services to veterans and their families.

Although Linda’s diagnosis has limited her role within the Veteran Center, the current Portland resident continues to make a difference in the lives of others.

“I find it much more rewarding than draining,” Linda says. “It’s the best job I’ve ever had in my life. To me, it feels like my life and career have come full circle. I started my career working in a war zone, and now I am working with those coming back from a war zone.

Even after all of her years spent in different states — and continents — Linda has stayed connected to some of her very first friends at CSB.

“We get together every year,” Linda says. “And 99 percent of the time we’re laughing, having fun. When we rekindle the relationships we have formed, it really shows what the strengths of the relationships mean to us. We’re fortunate to have that.”

As Linda continues to live a life of charity, she also finds fulfillment in reconnection.

“If it weren’t for friends like my Bennies, I would not be doing as well as I am,” Linda says. “And I don’t think I would have the attitude that I do. Some days, I don’t want to struggle with this [disease]. Other days, compared to a lot of people, I know I have it good.” 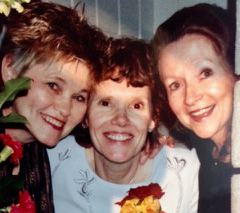