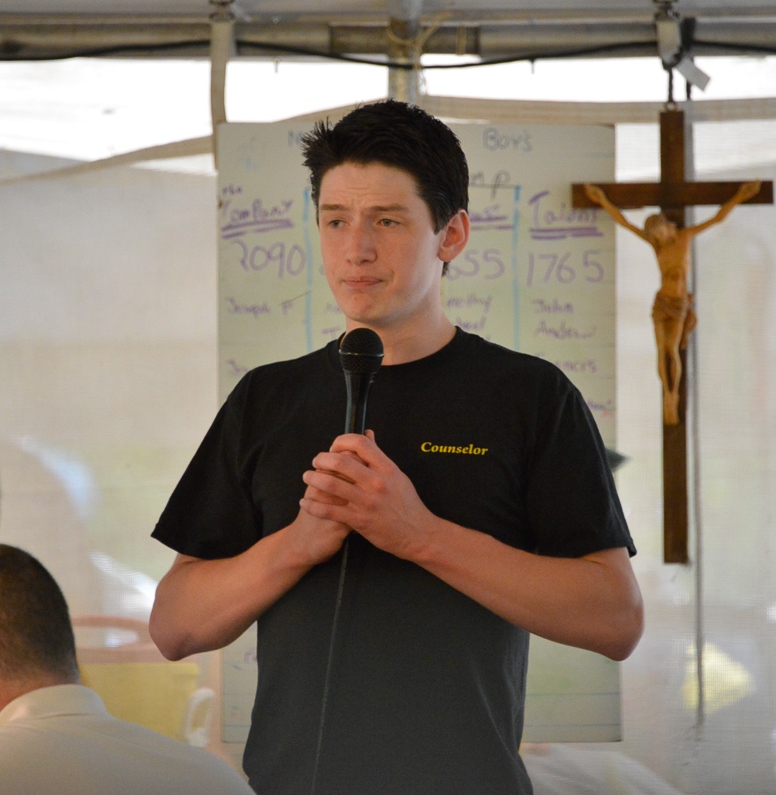 How did you find out about the internship and what was the application process like?
I actually ended up coming across this internship unintentionally. This year, I had an on-campus job working as the Residential Assistant on the first floor of Mary Hall. As I was helping one of my freshmen residents move-in at the beginning of the year, I began speaking with a friend of his parents' who was also there assisting with the move-in process. As it turned out, he graduated from University Of New Hampshire (I am from Gilford, NH), and we began a conversation about life on the East Coast. He was impressed with my communication skills and told me he would contact me with a possible internship opportunity. One of his close friends works for KNSI Radio (103.3 FM and 1450 AM) in St. Cloud, MN and the station was looking for a new broadcasting producer. I got in contact with him a few days later and he told me that he recommended me to the station and suggested I contact his friend, who works there. I ended up calling him and was asked to come in for an interview. After completing the interview the next week and submitting my resume, I was offered the internship position.

What were some of the internship highlights?
One of the most rewarding parts of the internship was getting the opportunity to know professional broadcasters on a personal level. They were great people to work with and were eager to answer any questions I had and wanted to help me along the learning process as much as possible.

What was a typical day like? What were some of your major responsibilities?
I would arrive at the radio station ready to work one of two different shifts. On Saturdays, I would arrive at the station at 8:30am to get the studio ready and prepare to work the board for the 9am-11am "Saturday Morning Show with Dave Phipps," and the 11am-1pm "Benchwarmer Show." The person working the board filters  and places calls on-air connects various broadcasters to the show through pods on the board (through wifi if they are out of the studio), organizes and broadcasts advertisements, and also controls background music for the show. The producer is responsible for controlling the flow of whatever is being broadcast and also ensures that the broadcasters are following the "show map." The other shift I would work was working the board for local high school football and basketball games and St. Cloud State football and hockey games. There would be one broadcaster connected to the board through wifi during high school games, and two connected to the board during college games.

What were some of the challenges of your internship?
One of the biggest challenges I faced was making the jump to working the board independently after being trained for the first three weeks. Though this was the toughest hurdle I jumped over while doing the internship, it was also the most beneficial. Obviously, as a college student, arriving to work at 8:30am on Saturday mornings was also a challenge some weekends!

What did you learn?
I learned how to work the production board for morning shows and sports games. Additionally, I learned how to give live weather and sports updates from the studio and was also able to work directly alongside professional broadcasters. I had numerous opportunities to speak on air and also had the opportunity to filter phone calls to the station. Prior to this internship, I had no idea how crucial all the "behind-the-scenes" work was for live broadcasts done on air. After being part of it for a semester, I gained a deeper appreciation for all the work that goes into broadcasting, and the dedication professional broadcasters have toward their jobs and the quality of the shows being done.

What advice would you give other students interested in internships?
Internships are extremely valuable experiences. You make connections and opportunities for yourself that you would not have otherwise. The most important advice I can give you is to be professional and present yourself well to whoever your potential employer or internship supervisor may be. If I had not made a solid impression on the man who was helping a resident of mine move in on "Freshmen Move-In Day," I would not have been presented with this internship opportunity. Don't be afraid to step out of your comfort zone and take chances when it comes to pursuing internships. It's worth it!