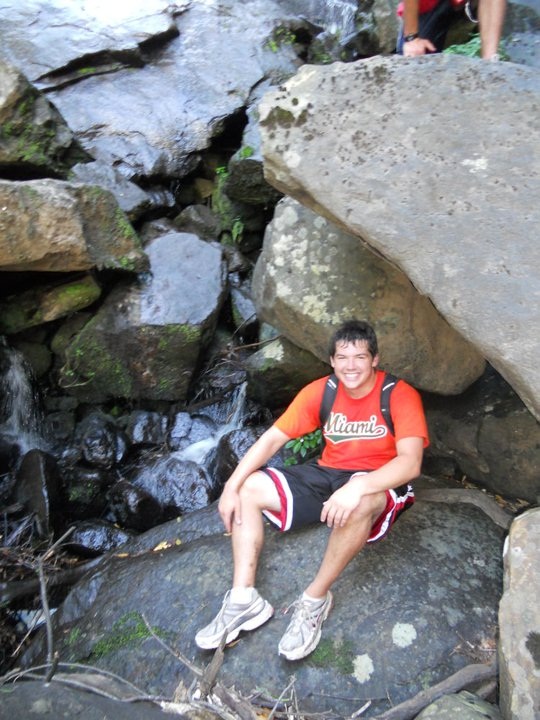 What were some of the internship highlights?
The highlight of the program was seeing great white sharks daily. Seeing these powerful predators in the water, attacking our bait, and identifying them was an experience of a lifetime. I even saw a few shark breaches, where the shark would come from directly below our bait and jump out of the water. Another highlight was handling smaller sharks in the aquarium and performing tonic experiments on them (flipping the shark over into a tonic state). Other highlights included studying dolphin interactions and cape fur seal movements. I also was able to work with interns from around the world including California, New Zealand, Boston, England, Germany, and Canada. Living near the ocean in South Africa and experiencing the culture was also a major highlight.

What was a typical day like? What were some of your major responsibilities?
A typical day in Mossel Bay consisted of working on one of the chum trips where we would go out in the bay, chum the water (releasing fish oil) to attract the great white sharks, and take photo identification of the great white sharks. I would be on an early morning or afternoon shift. The interns' responsibilities rotated from being the photographer, chumming the water, taking data, or handling the bait on a rope. The rest of the day varied by conducting dolphin or seal surveys, changing the water in the aquarium, performing tonic experiments on smaller sharks, or working on my individual research project. Dolphin and seal surveys consisted of scanning the bay for dolphins or seals and tracking their movements in the bay. These activities were very hands-on and I learned about marine biology. Normally, the nights were free after about 6:00 p.m. where I would hang out with other interns, playing pool, watching movies, or experiencing the local night life. Normally, the interns would have the weekends off and we spent our time traveling around South Africa, going on a safari, exploring the Cango Caves, and doing the world's highest bungee jump.

What were some of the challenges of your internship?
One of the biggest challenges was the early morning or late night shifts. Sometimes I would be assigned a seal survey from 1-7 a.m. or have to go on a chum trip at 5 a.m. Although the days would sometimes get long, it was worth every second to see great white sharks up close.

What did you learn?
I learned many valuable marine biology skills that could not be learned in lab. I learned how to attract great white sharks through chumming and how to identify the sharks using their dorsal fin. I also learned about the movements of different species of dolphins and the predator-prey interaction between the great white shark and cape fur seal. I also learned about maintaining a salt water aquarium and the different organisms in it such as puffadder sharks, starfish, and squid. Finally, I further developed my research skills through working with other interns and learning from other scientists.

What advice would you give other students interested in internships?
The best advice I would give to students is to apply to many projects and not limit yourself to a specific topic. The more internships you apply for and the less you limit your options, the better the chance you have of getting accepted. Trying different internships which have different topics has helped me determine what I enjoy and what I dislike. It also has helped me diversify my resume which demonstrates that I can work in a variety of fields and adapt to different environments.