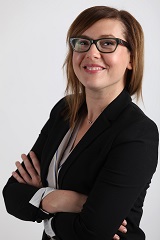 Give us a brief description of your current position and what your work entails:

I am a Foreign Service Officer for the U.S. Department of State.  In other words, I am a Diplomat.  Typically, I work overseas, at a U.S. Embassy.  My specific career path within the Foreign Service is called Public Diplomacy, which involves communicating with local people and organizations in the country where I'm stationed in order to inform and influence audiences in a way that promotes U.S. national interests and foreign policy goals.  My work can range from organizing a press conference for the U.S. Ambassador, to managing the U.S. State Department's many international educational and cultural exchange programs.   I have served at our U.S. Embassies in Buenos Aires, Dakar, Kabul, and will soon begin a tour in Berlin.

How did you decide on your majors and career path?

I graduated from CSB with two majors: French and Political Science.  After participating in the study abroad program with CSB/SJU in Cannes, France, I had so many credits towards the French major that it just made sense to keep going.  As for Political Science, I took an International Relations course as a freshman and was hooked.  I thought I would major in Communication, but switched to Political Science.  It's funny now looking back, because I do, in fact, work on communications in my interactions with media overseas, but with a political/international relations angle.

What path did you take to your current position?

After graduating from CSB I took a job as an English Teaching Assistant in France, through a program run by the French government.  After that, and after many odd jobs, volunteer gigs, and false starts, I found a job working for the Minneapolis branch of the Alliance Française (a French cultural institute), where I stayed for two years.  At this point, I was into the French side of my education pretty deep, and I was loving it.  But I had the Foreign Service in the back of my mind, and wanted to move in that direction.  I completed my graduate studies at American University in Washington, DC, during which time I worked at the French Embassy in Washington, D.C., and studied abroad for a semester in Paris.  I found my way to the State Department through the Presidential Management Fellowship program, and eventually completed the Foreign Service Exam process to become a Foreign Service Officer.

What are some activities and resources at CSB/SJU that you utilized to prepare yourself for your career?

The study abroad opportunity at CSB/SJU was huge for me.  By that point I had been studying French since middle school, and was eager to try out the language in the real world.  The trip was life changing.  It solidified my desire to work overseas, and gave me friendships and professional relationships that last to this day.  I also participated in the Washington, DC internship program at CSB/SJU, which gave me experience in the city that is now my career home base.

What advice do you have for CSB/SJU students?

Study abroad!  Even if you don't expect a career overseas or with an international flair, getting out into the world where you can test your ideas, knowledge, and skills will pay dividends.  Studying abroad is also just wildly fun.  Some students worry about missing out on things on campus while away, but it’s the students who never go abroad who truly miss out.  Also, be sure to explore all the options available to you.  I found out about the Presidential Management Fellowship sort of by accident, and it was instrumental in my career path.  Talk to your professors, your mentors, and your career advisers to be sure you know about everything out there that might be of interest.  There are countless opportunities if you know where to look.