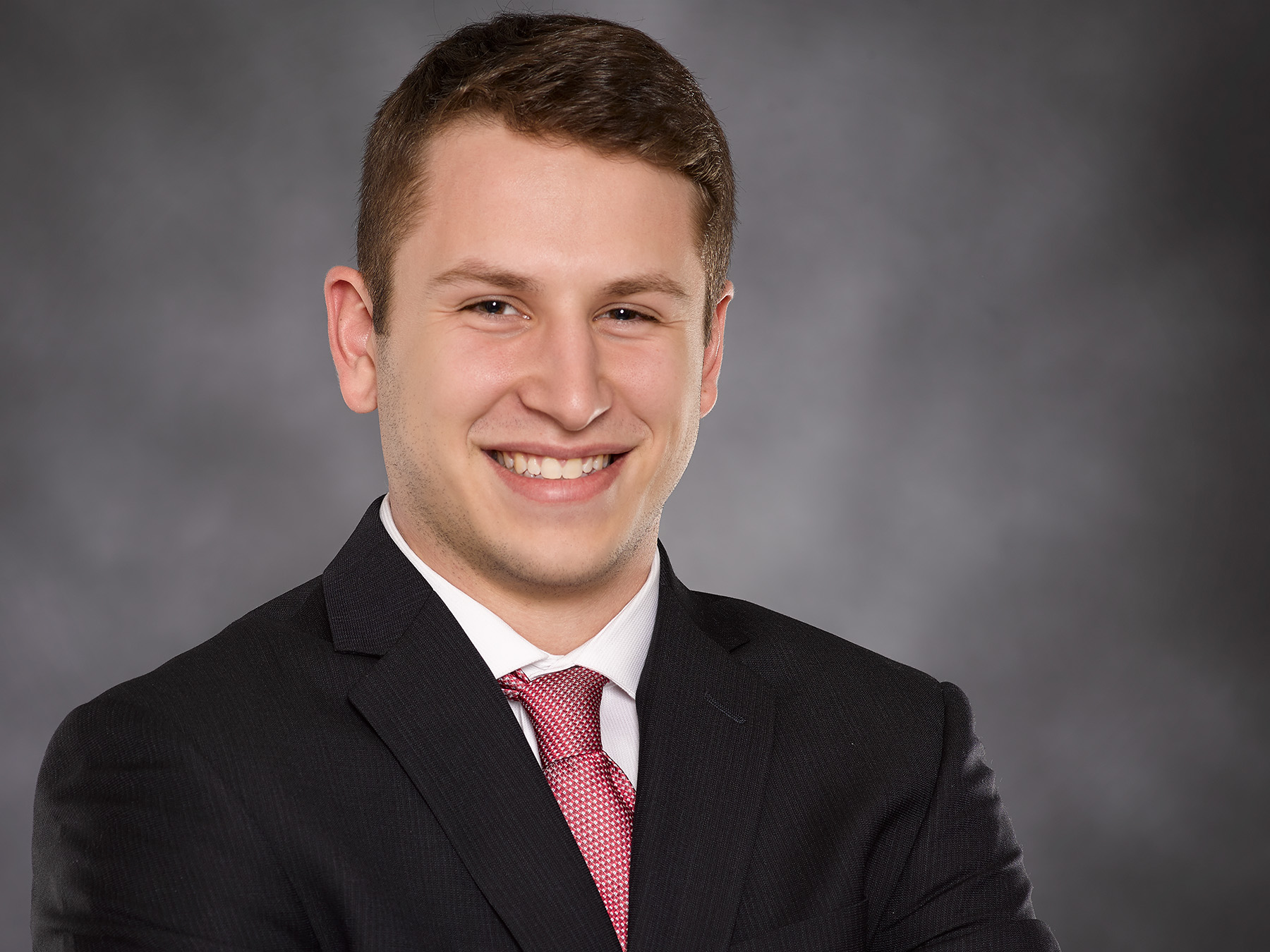 Please provide a brief description of your current position and what your work entails.

As an Account Executive of Ticket Sales, my primary role is to generate revenue. I am also responsible for leading and developing our ticket sales Business Development Program participants – which is the internship program that I started with in 2015. My focus is season ticket sales, where you can purchase a package of tickets in increments of 81, 40 or 20 games. I also sell group tickets for large corporate or family outings, as well as private all-inclusive suites on a per game basis. Our main focus is prospecting and selling to local North East Ohio businesses and families. This is done through outbound email and phone call campaigns, as well as hosting events at the ballpark to get prospective buyers into available seating options. For the 2017 season, the Cleveland Indians had the fastest growth in attendance in all of Major League Baseball (MLB).

What path did you take to your current position?

Going into college, I knew that I wanted to work in professional sports. My goal over the course of my four years at SJU was to get as many different sports-related experiences as possible to build up my resume. The first great experience I had was through the study abroad program, where I travelled and studied in Coventry, England during spring semester of my junior year. The program had a sports business focus to it, and while in England, I was offered the opportunity to intern at Oaks Consultancy, a sports marketing firm that also worked with the Birmingham Knights, an English basketball team. While with the Knights, I wrote and created their game day programs and marketing materials.

The summer before my senior year, back home in Chicago, I interned with the Kane County Cougars minor league baseball team, an affiliate of the Chicago Cubs. While with the Cougars, I did a little bit of everything at the ballpark – as is the standard in Minor League Baseball. I parked cars, supervised the KidsZone, sold 50/50 raffle tickets, did groundskeeper work and picked peanut shells off the grassy seating area. Doing all of that “dirty work” also gave me the opportunity to shadow ticket sales and marketing full-time employees with the team. During fall semester of my senior year, I separated my shoulder half-way through the football season which prematurely ended my season and career. I took the additional time to apply to over 100+ sports jobs ranging from Major League Baseball, National Football League, and Major League Soccer to competitive bull riding (didn’t even know that was a thing!) and Tiger Wood’s Charity Foundation. The Cleveland Indians were one of four teams of over 100 to offer me an opportunity to interview for an entry-level position.

How did you decide on your major and career path?

Choosing my Communication degree as the right path was a fairly easy decision for me. The Communication major allowed me to grow a natural ability that I had to talk somebody’s ear off. It gave me a defined style and structure for public speaking and helped me refine my writing style and ability. As a sales person, nothing is more important than being able to effectively communicate! I also had a minor in Spanish – which has at times comes in handy when down in the Clubhouse with some of our Spanish speaking players!

How has your liberal arts education been beneficial to your career path including your current job?

My liberal arts education has been instrumental in my current role. Within the span of two phone calls, I can be talking to the Chief Marketing Officer at Cleveland Clinic and on the next call the delivery guy at the local pizzeria (shout out to Gary’s!). Being able to adjust the way that I talk to the CMO and the pizza deliver guy, is the key to being successful in my position. At SJU, being able to learn about different cultures, ideas, theories and ways of thinking – along with my Communication major – gave me the skillset and mindset necessary to work with different people and assist them with finding the best product that fits their needs.

What were some of the experiences that you engaged in at CSB/SJU that translated well into the Cleveland Indian’s Business Development Program?

The number one experience (outside of my study abroad internship) was being a member of the SJU football team. I think it is incredibly important while in school to be on a team. It doesn’t have to be a sports team either! Join a club, a choir or the school newspaper. The experiences that you can gain while on a team, and being accountable for others outside yourself, is an incredibly important learning experience while in school.

This past year, I’ve been given more responsibilities in recruiting and development. In my training for those new responsibilities, I asked one of our senior leaders what his favorite interview question was. His answer was “tell me about a time that you overcame adversity.” He told me how everybody at some point in their life has experienced adversity, and their ability to overcome that adversity (and potentially prevent it in the future if possible) is the most telling predictor of success in his eyes. Being on a team is a great way to get that adversity experience and be able to work through the challenges with your teammates to overcome the obstacles.

What is the most satisfying/rewarding part of your job?

This one is easy! 81 times a year (and lately more than that with the team in the postseason), after a long day of work, I get to go sit out in one of the top Major League ballparks and watch the best team in MLB (sorry Twins!) play ball. And the best part is, I feel like I play a major role in the success of our team. In a small market like Cleveland, every dollar I sell or renew is incredibly important to the team. In 2016, after a 95% renewal of our season ticket holders, we were able to go out and trade for relief pitcher, Andrew Miller, using the money we had already built into the budget for 2017. We would not have made the World Series last year without Andrew. Then, after a huge new season ticket sales’ effort in early December, we were able to sign the top free-agent designated hitter, Edwin Encarnacion, to a multi-year contract. On top of that, after the 2017 season ticket renewal success (again above 95%), we were able to take on nearly $5M in additional revenue and acquire right fielder, Jay Bruce. In summary, it is very clear that every dollar that I grind to bring into the team, goes straight back into the team. I then get to sit with the rest of Cleveland and North East Ohio and enjoy the best players in the world play the best game in the world!

What advice would you give a student interested in a career in sports?

I’ve mentioned this throughout, but it comes down to two things:

Take any and every opportunity you can while in school that will give you experience or access to somebody who can coach you. Whether that’s parking cars and picking up spit out peanut shells at a minor league baseball stadium or writing up a game day program for an English basketball team with 20 fans in the gym on any given night – take the experience. Do the “dirty work”. It will show people that you’re not just in this for the free tickets at the end of the day. It will also obviously help your resume. Sports organizations love to know that you know what you are getting into. Sports is a long daily grind. It’s great to show them that you know what a 10 game home stand does to your sleep patterns.

Be flexible! There are thousands of students just like you who want to work in sports. If you narrow yourself to only wanting to work in a specific city or for a specific sport, you are drastically limiting your opportunities. Be strategic (Is it feasible for you to move to Los Angeles on an entry-level sales budget? Maybe not!), but also be willing to take a risk and try new things or new places! When I got my job with the Indians in 2015, I had never been to Cleveland in my life. My roommates made fun of me. I got comments such as “CLEVELAND?! Yuck” as well as “the team stinks!” One American League Championship later (and more to come), along with an economic rejuvenation in downtown and the All-Star game coming our way in 2019… there’s no place I’d rather be!