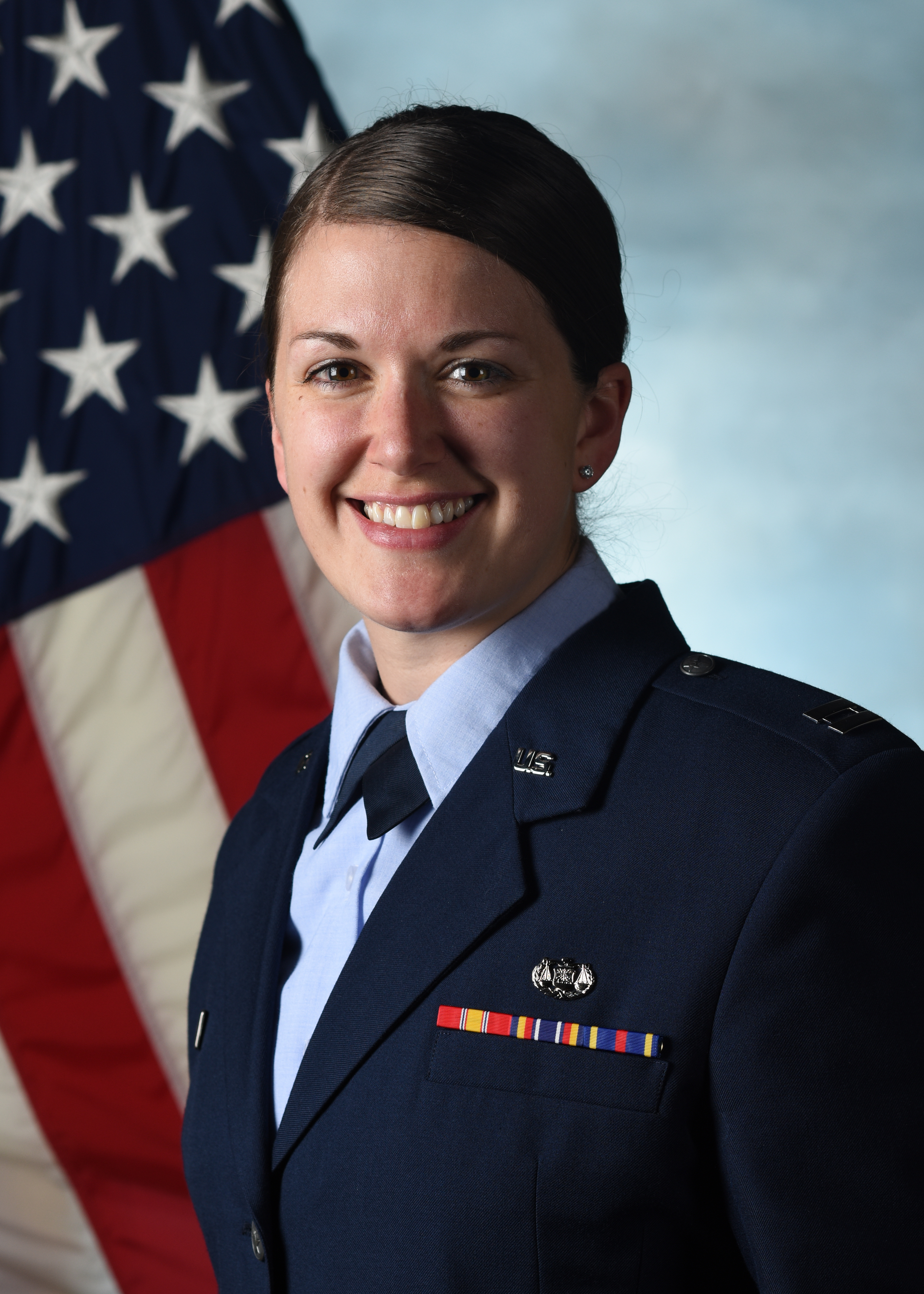 Please give a brief description of your current position.
I am a military attorney for the Air Force currently stationed at Cannon Air Force Base in New Mexico.  I prosecute members of the Air Force who violate the Uniform Code of Military Justice (military laws), and I advise commanders on disciplinary matters. As a Judge Advocate, I prosecute everything from failing to obey an order to sexual assault and drug cases. I also help military members who need assistance with various legal issues such as writing wills or issues with landlords.

What path did you follow to get to your current position?
After graduation from CSB, I worked for the CSB/SJU Office of Admission for approximately 3 years. I took the LSAT, applied for law school, and was granted admission to Gonzaga University School of Law. I attended the two-year program and finished the required six semesters in two years (most programs require 3 years). I took and passed the Washington bar exam, and I began working as a prosecutor for the City of Spokane in Washington. I applied for the Air Force JAG Corps, and I became a commissioned officer in May 2018. I attended Officer Training School and then the Judge Advocate Staff Officer Course at Maxwell Air Force Base in Alabama. My husband and I were then stationed at Cannon Air Force Base in New Mexico.

What advice/suggestions would you have for students who might be interested in your career?
If someone is interested in becoming an attorney, I would recommend picking a major that you love. No particular major is required to become an attorney, and it is actually helpful to have a different area of expertise. I would also recommend getting as many different experiences as you can to make yourself a well-rounded individual. A liberal arts education is an amazing start, but various extracurricular activities that may not seem to directly tie into law can be beneficial in the field.

What skills are important in your field?
Public speaking, organization, and tenacity

What is the most satisfying/rewarding part of your position?
I love the opportunity to work in so many different areas of the law. JAGs prosecute cases, defend Air Force members, assist with members' legal issues, and ensure international law is being followed during Air Force operations.

Most challenging?
Military life can be challenging especially if you're away from family; however, the Air Force creates opportunities to see new areas of the country and the world.

What activities/experiences were helpful at CSB/SJU (and elsewhere) in preparation for this career?
My theater major has been extremely valuable. I took classes in acting and directing, and I do both on a regular basis in the courtroom. When I am in the courtroom presenting a case to a jury, I need to present the information in a genuine way while conveying the tone and theme of the case appropriately.

My time as a cross country and track athlete at CSB prepared me to operate in a team environment. As an officer and an attorney, I work with others to accomplish the Air Force’s mission every day.

During law school, I took all of the opportunities for legal experience that came my way. I applied for multiple internships and externships each semester to ensure I could get some great experience. I worked as a law clerk for a superior court judge, an extern for the legal office at Fairchild Air Force Base, and an extern for the United States Attorney's Office in the Eastern District of Washington.