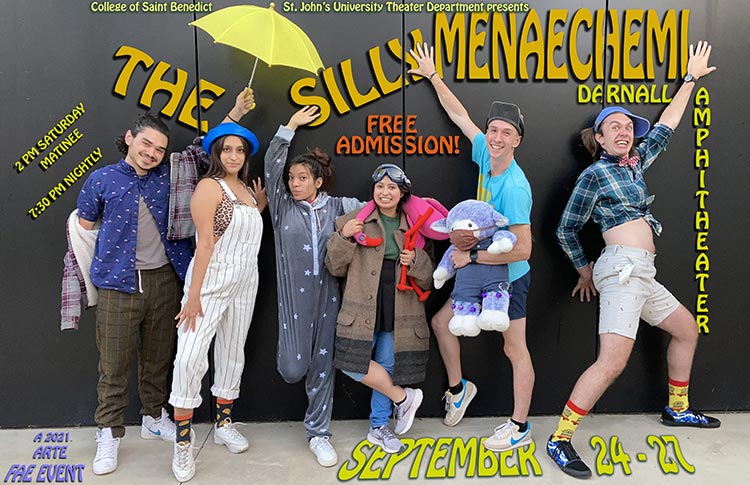 A Silly Menaechmi by Plautus, with help from Shakespeare and Spencer

A Silly Menaechmi will be performed outdoors at the Darnall Ampitheater. Coats and blankets are encouraged! (If the location changes due to weather, an announcement will go out.)

Based on an ancient Roman play, which in turn is based on a lost Greek play,  A Silly Menaechmi is a comedy of the confusion created when two twin brothers, parted as babes, surprisingly end up in the same town at the same time. Add in a befuddled wife, a confused mistress, a muddled servant and a bewildered best buddy and you end up with the inspiration for Shakespeare’s  Comedy of Errors and the 1940’s musical,  The Boys from Syracuse.  Our production borrows heavily from slapstick and contemporary Commedia “bits” that will remind us that our crazy world is just as silly as it was over 2,000 years ago!