"The Lived History of Vatican II in the Churches: Gaudium et Spes and the Option for the Poor"

View the video recording of this lecture 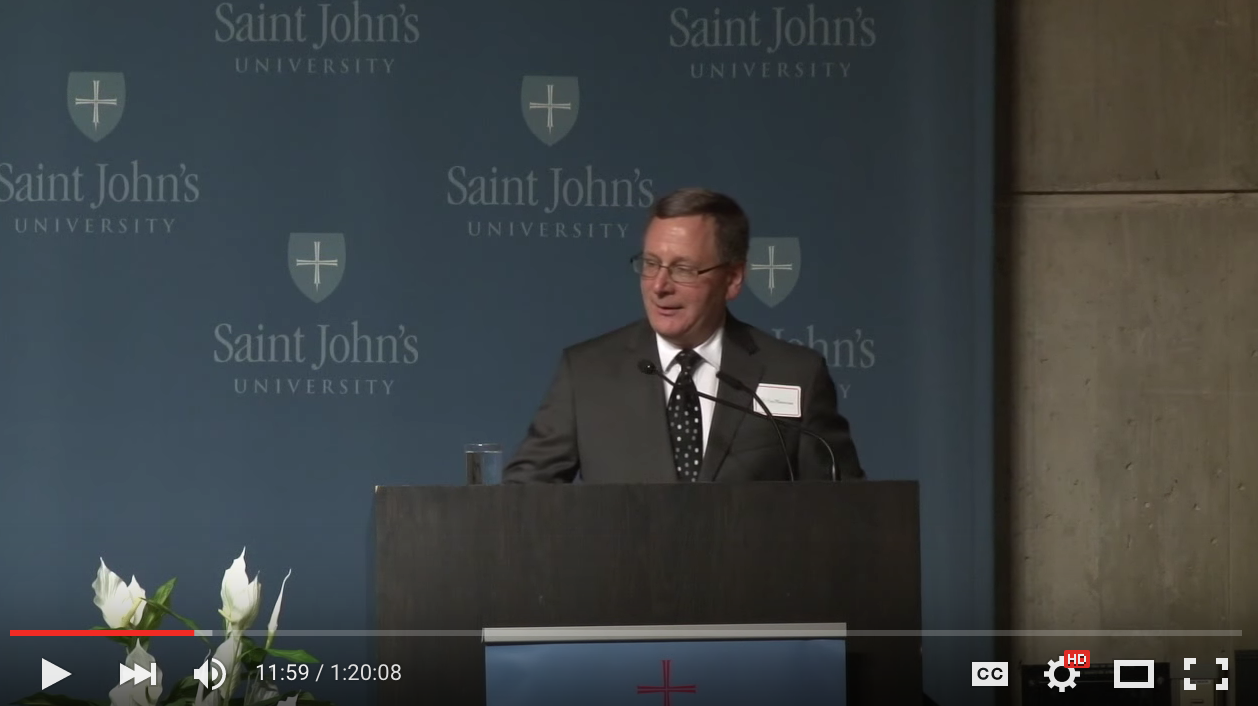 Timothy Matovina, PhD is Professor of Theology and Co-Director of the Institute for Latino Studies at the University of Notre Dame. He works in the area of Theology and Culture, with specialization in U.S. Catholic and U.S. Latino theology and religion. His most recent book, Latino Catholicism: Transformation in America’s Largest Church, has won five book awards, including selection as a CHOICE “Outstanding Academic Title” for 2012. His current book project is tentatively titled Engaging a New World: Theologies of Guadalupe in the Americas. In addition to his scholarly work, Matovina offers presentations and workshops on U.S. Catholicism and Latino ministry and theology throughout the United States.

"Reading Scripture in the Wake of Vatican II; Dei Verbum Fifty Years Out"

(no video for this lecture per speaker's request) 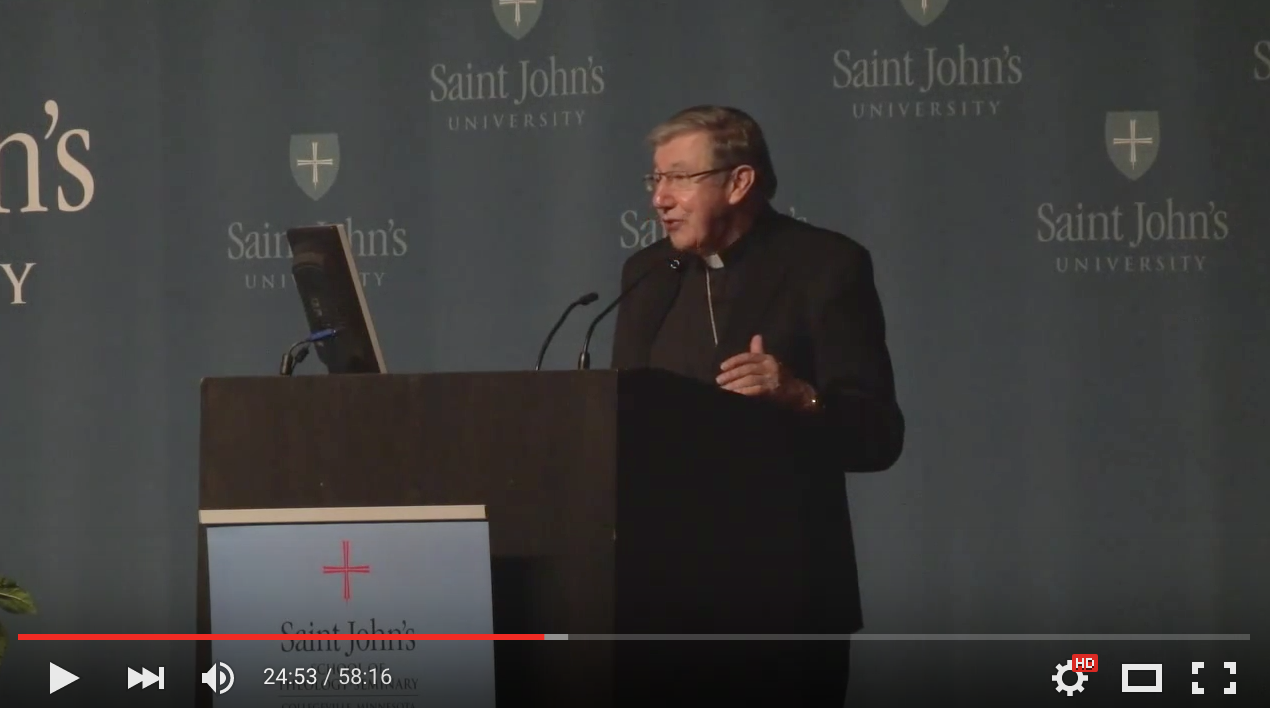 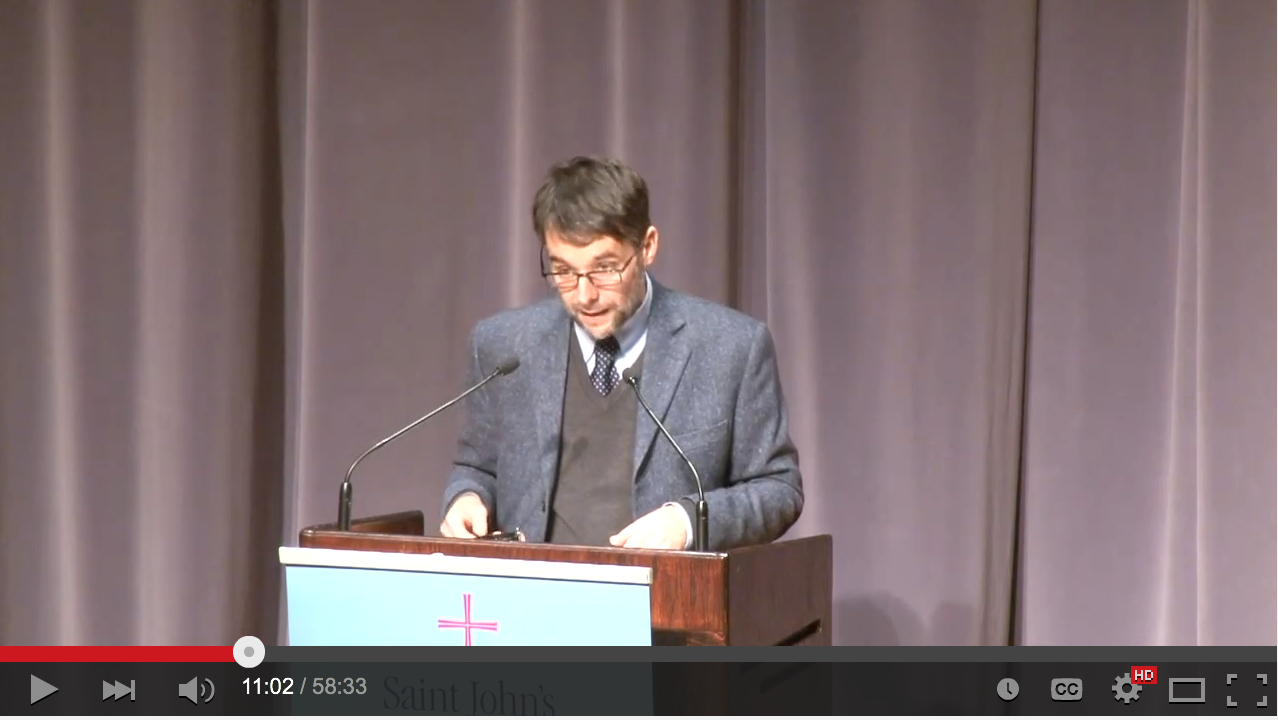 The Saint John's School of Theology and Seminary series, "Vatican II and Ecumenism," commemorates the 50th anniversary of this epic event in the history of  The Church.  Sessions are designed to explore the ways in which ecumenism crosscuts all of the conciliar documents while highlighting the significance of the council in the present day and future.

In Pope Francis's recent reflections on the council's spirit and continued implementation; he states: "Vatican II, inspired by Pope Paul VI and John, decided to look to the future with a modern spirit and to be open to modern culture. The Council Fathers knew that being open to modern culture meant religious ecumenism and dialogue with non-believers."1

For the past century, Saint John's has maintained a significant theological voice in the American and worldwide church, and for the past half-century, it has embraced the work of the council in a variety of ways including liturgical reform, theological and pastoral renewal, and the work of ecumenism or dialogue with other Christian churches and movements. The fiftieth anniversary of the council thus offers an ideal occasion on which to continue that reflection and engagement with the world from Collegeville.

The Saint John's Vatican Council II and Ecumenism Series features lecture presentations by renowned theologians and church leaders who will unpack the ecumenical and theological significance of the council documents.

Each event will consist of the following sessions which can be attended in part or in whole:

The Vatican Coffee Bar, "Bar Jonah"
During the sessions of the council, held inside Saint Peter's Basilica, two coffee/espresso bars were constructed to offer refreshments and informal places for conversation among the council fathers, "Bar Jonah" and "Bar Abbas." The conference event will begin in the late afternoon with our own Bar Jonah that will introduce general themes from Vatican Council II and specific ideas in the documents featured at that event. Facilitated by faculty members from Saint John's School of Theology and Seminary, Bar Jonah events will include images and accessible remarks that will further prepare listeners for the feature lecture of the day. It will offer time for questions and answers. In the spirit of Vatican City, Italy, biscotti and good coffee will be served!

5pm Mass in The Abbey Church
Retaining the Saint John's commitment to prayer in the monastic tradition, the Vatican Council II and Ecumenism Series offers participants the opportunity to pray as a community. Attendees are invited to join the monastic community in prayer at the Abbey Church. Doing so will allow participants to enter into the larger spirit of liturgy and prayer which animates Collegeville's commitment to the spirit of Vatican II.

Social Hour & Dinner
Following prayer, participants are invited to join the Saint John's community of faculty, students, alums, and friends in Benedictine hospitality. Good food and good conversation will give attendees opportunities for informal conversations with each other, cultivating a spirit of dialogue and engagement with each other. Registration is requested for attending the social and dinner.

Keynote Speaker Address
The event will culminate in a keynote address by the day's featured speaker. While the lecture will focus on the particular council document for the event, it will also look to the way in which the document cultivates a spirit of ecumenism as well as dialogue with the other.