Faculty Publication: The Stories We Live by Kathleen A. Cahalan

Kathleen A. Cahalan is the author of the new book The Stories We Live.

I realized one day: I’ve got this calling thing all wrong.

Like many Christians, I had too narrow of a sense of how God calls and to what. I was writing a book on ministry, wrestling with how to describe God’s calling to this particular life and work. But I didn’t want to trip on the age-old problem of ministers being higher on the ladder of Christian holiness—the ones with the real calling.

And so I resisted until the final weeks before the book was due.

Then I discovered (after long hours of writing in the library) that I had this calling thing all wrong.

Vocation is not one thing. It’s not something God has all planned out, knows completely, and is just waiting for me to find it out.

No, actually God’s callings are many, multiple at the same time, and have changed over my life. And the way God lets me know is varied too. If I listen to the stories of my life, I have found God’s callings in the most exciting and unusual places, as well as those mundane and common situations. 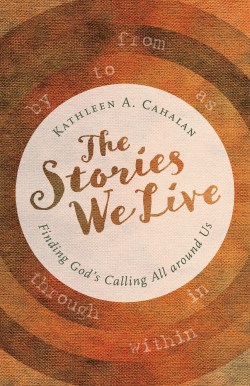 As part of a research project on vocation, I began listening to lots of people’s stories about their callings. It didn’t take me long to see: God’s calling is all over people’s lives.

It’s in the stories we tell about our lives.

The problem is that many Christians have lost the language of vocation. It got buried under some bad theology, scripted around an all-powerful deity who’s got a precise plan that is being withheld in secret.

Instead I found myself attracted to the verb “calling.” At least it has some movement. I could see in the stories that God is inviting and calling by way of a shout, a nag, a whisper, a nudge, a healing. I began to see calling in terms of the nature of the relationship.

What kind of word would best express that give-and-take?

I actually stumbled on prepositions, which are (if you don’t remember from grammar class) “a class of words found in many languages that express relationship.”

So the book I ended up writing on the idea of calling—The Stories We Live—reframes vocation through eight prepositions.

by God,
to follow,
as I am,
from grief,
for service,
in suffering,
through others,
within God.

As I explain in the book’s introduction, these small prepositions carry the biggest weight of our vocations:

“We are called by God, who is the source of our callings. We are called to follow the way shown by Jesus and taken up by his disciples; this calling we share with each other. We are called as unique persons with a particular history and circumstance. We are called from the losses and grief we suffer over time, so that we can embrace life again. We are called to give our lives for others, not simply for our self-improvement or fulfillment. We are even called in our deepest suffering to carry out God’s purposes in mysterious ways. We are called through the people in our lives, because vocation takes root in community. And, finally, we are called together to live within God’s loving embrace, both now and in the life to come.”

Prepositions opened out a richer, more complex and dynamic way of understanding my life—my relationships, roles, gifts, and circumstances—in a new way.

Vocation, then, becomes a way of constructing a life in response to God’s purposes for the sake of God’s peoples.

Now that’s a story with some action.

This story was originally posted to The Eerdmans Blog by Wm. B. Eerdmans Publishing Co.