The Best Class She Ever Took 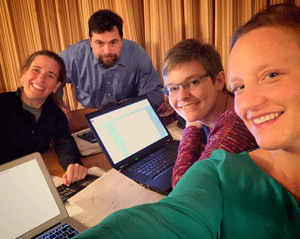 Dr. Kristin Colberg never expected ecumenism to constitute a major part of her career. Colberg is the Saint John’s School of Theology and Seminary’s resident ecclesiologist. She studied at Notre Dame, Yale, Notre Dame (again), and has published extensively on the Second Vatican Council and its continuity with Vatican I. When the topic of ecclesiology came up for the 8th round of dialogue between the Catholic and Reformed Churches in the United States, a colleague of Colberg’s recommended her as a participant.

The dialogue includes pastors, theologians and lay members, carefully selected by their respective faith traditions, who attend a series of working sessions. The participants discuss theology and practice on a given subject area, ultimately composing a summary document outlining areas of agreement, as well as points for further discussion. The last complete round of official Catholic-Reformed Dialogue was a tremendous achievement, assuring the recognition of the validity of baptism rites between the Reformed and Catholic Church.

Five years later, Colberg’s first round is nearly complete - the final major working session wrapped up this October, just in time for the 500th anniversary of the Reformation. When she agreed to participate, Colberg expected to learn more about the Reformed churches in the U.S. But she was surprised by how much she learned about her own faith in the process, fondly noting that the dialogue has been the best class she ever took. The friendships with other participants, on both sides, has been life-changing. And, she notes, ecumenism is as much about understanding one’s own faith as it is about understanding the other. 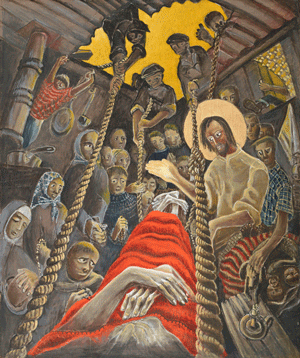 Colberg likens the work of ecumenism to the story of the paralytic man who sought Christ’s healing presence (cf. Mark 2:1-12, Luke 5:17-26). Not being able to penetrate the crowds, the men who carried him removed tiles from the roof and lowered him into Christ’s presence. For Colberg, the work of ecumenism is not so much about forcing agreement on controversial topics as it is about looking for new ways to articulate and affirm the unity of the Body of Christ. For example, she notes, “Instead of starting with topics like papal authority, can we talk about things like the end and origins of ministry and can that teach us about our understandings of church?” She believes that the work of dialogue is a long road with no easy answers. But if we keep asking the questions, Colberg trusts that the Holy Spirit will surprise us with creative ways of coming together.

Colberg’s work is part of a long tradition of ecumenism in connection with the Benedictines of Collegeville. The Collegeville Institute, which celebrated its 50th anniversary in 2017, is renowned for having developed the “Collegeville approach” and continues to provide space and support for scholars and practitioners researching ecumenical and cultural questions. Abbot John Klassen, O.S.B., is also a participant in ecumenical work. He is a leader in Bridgefolk, a Catholic-Mennonite dialogue movement.

Dr. Kristin Colberg is an assistant professor of theology in Saint John’s School of Theology & Seminary. The undergraduate student body at Saint John's named her the 2017 Robert Spaeth Teacher of Distinction. The findings from the current round of Reformed-Catholic dialogue will be published in 2018.