Events
Home / Saint John's School of Theology and Seminary / Events / News Archive / Meet a few of the students from the New Class of Fall 2019!

Meet a few of the students from the New Class of Fall 2019!

26 new students entered Emmaus Hall this August, to expand their knowledge and pursue wisdom, while embracing our Benedictine traditions. Learn some of their stories here! 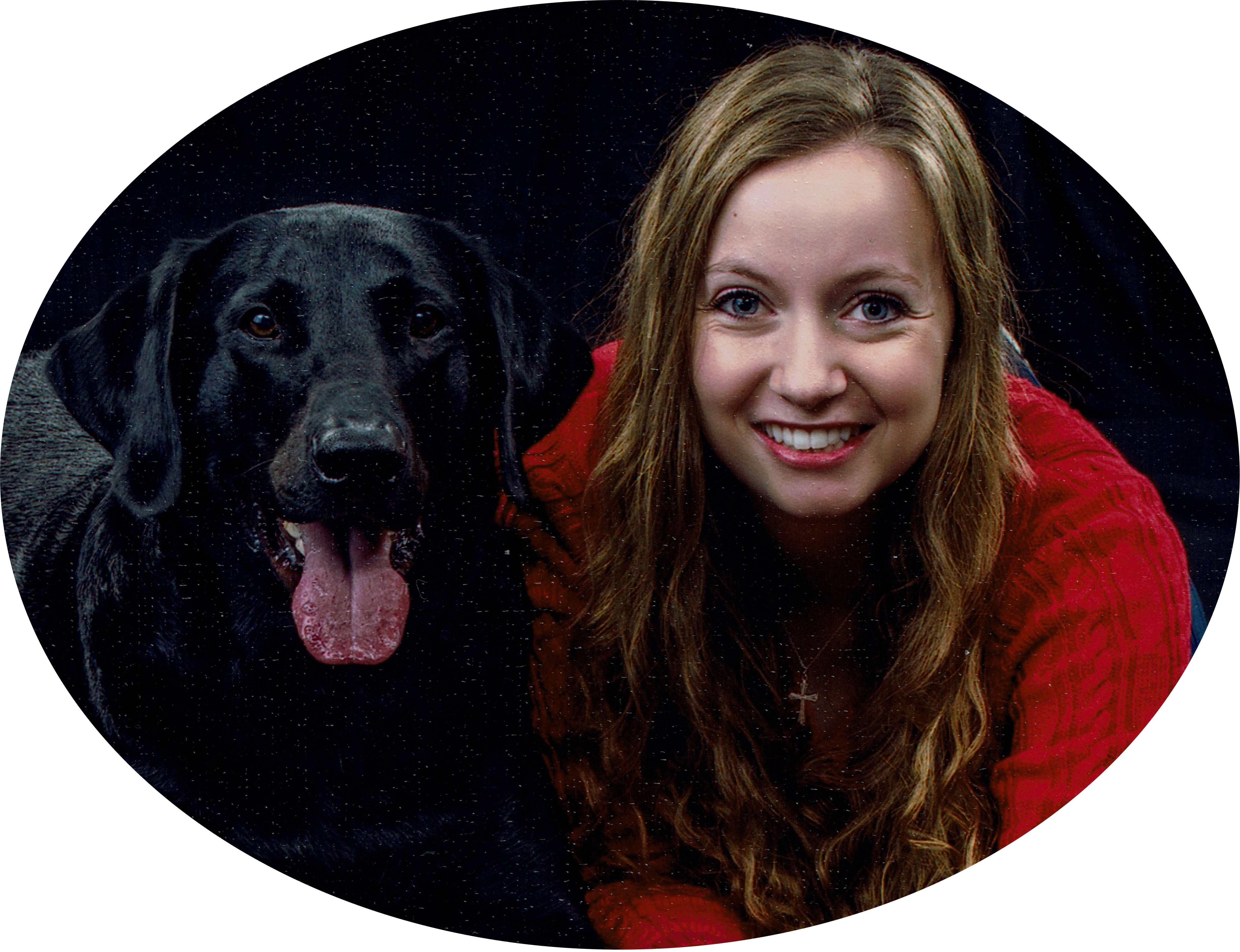 Leah Wakefield is one of our incoming Master of Divinity students, coming to us from right here in Minnesota. Leah grew up in Burnsville, and after high school chose to attend Saint Benedict’s College in St. Joseph, double-majoring in English and Theology, finishing her undergraduate studies in 2018. After graduation, she was given the opportunity to volunteer with AmeriCorps, entering the program called Reading Corps, a subdivision that focuses on building literacy skills in students through the third grade. She worked with mostly 1st grade students in the Burnsville/Shakopee school district. She said the best part of her time with the program was working with students in that age range. She found it not only to be fun but rewarding to actually see the student’s literacy scores increase by leaps and bounds. The program lasted eight weeks, and Leah then transitioned into being a full-time care giver for family members undergoing various health concerns.

After the year break following her undergraduate studies, she chose to enroll at the Graduate School of Theology and Seminary. When asked why she decided on Saint John’s graduate school, Leah said it felt like the natural choice. She considered a few other schools, but in the end, it was the aspect of community fostering here that confirmed her decisions. Being in connection with the monks who live right here, attending classes with them, in addition to the school’s priority of scheduling classes in such a way that ensures students are able to attend weekly mass, allowing the time to connect with God and each other.

Leah attends classes with her service dog, Frankie, who lives with her in Emmaus and accompanies her almost everywhere. Without this fully certified service companion, she does not feel she would be here pursuing her master’s degree. Leah anticipates completing the M.Div. degree in 2022, and one of her future goals has always been to pursue teaching at the college level. To that end, she wants to pursue a Ph.D., possibly in the areas around the moral and ethical side of theology. She believes who we are as a society is built on our moral foundation, and Leah wants to be involved in shaping future theological students in that way. 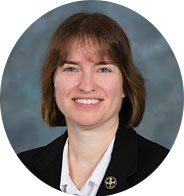 Coming to the SOT/Sem from Ferdinand, Indiana, where she is a Sister of St. Benedict at the Monastery of Immaculate Conception, Catherine is seeking a graduate degree in Liturgical Music, with her primary instrument being the organ. Needless to say, she is very excited about the construction of the new pipe organ being installed in Saint John’s Abbey Church.

Catherine grew up in Charleston, Missouri, and earned her Bachelor’s degree in Elementary Education from the University of Missouri- Columbia in 2001. After completing her undergraduate degree, she joined the Monastery of Immaculate Conception and served her community by teaching music for nine years. She taught children from the age of three up through 8th grade. After teaching, she worked for a few years as a music director in parishes in the Ferdinand area as well as continuing to play the organ.

Catherine returned to school at the University of Evansville in 2015 to obtain a degree in Organ Performance, which she completed in May of 2019, just before enrolling at the SOT/Sem. She chose to come to Saint John’s Graduate School of Theology and Seminary not only for the Liturgical Music program, but because of its excellent reputation and high caliber of professors, and because it was a Benedictine institution and wanted those philosophies to be included in her education. She felt right at home immediately, feeling like she hasn’t even left Ferdinand. Once Catherine completes her degree in 2021, she may want to continue teaching, along with applying her learning to her monastery in Ferdinand and continuing to serve local parishes in both music and liturgical areas.

Catherine enjoys the community of the SOT/Sem. In addition to playing the organ and her music studies here in Collegeville, she has joined several choirs associated with the university and is enjoying practicing her singing skills and learning about leading choirs from the conductors for which she sings. 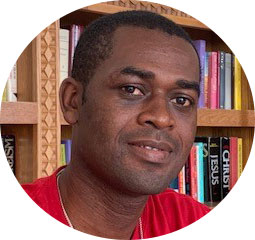 One of our seven international students entering the SOT/Sem this fall, Innocent comes to us from Urualla, Ideato North Local Government Area, Imo State, in the country of Nigeria, which is located in the southeast area of the country that borers the Atlantic Ocean and where much of the oil wealth of the country originates. He is seeking a a Master of Theological Studies with an emphasis in Systematics, hoping to graduate in the Spring of 2021.

Before coming to the United States to study at the Graduate School of Theology and Seminary, Innocent first earned his undergraduate degree in Philosophy from Imo State University in Nigeria. With that degree, he began teaching adults in parishes around his home community, hoping to share his knowledge with others less fortunate and unable to pursue secondary education. Innocent eventually determined he was ready to pursue additional education in theology but did not have these options available to him in Nigeria. In seeking options for a graduate program, he was able to learn about the SOT/Sem through a fellow countryman and SOT/Sem graduate, Jelvis Okey Anyanwu (’09), who is founder BIZAA.org, an organization for African Advancement to end human trafficking and promote education for youth in Africa.

With the support and encouragement of Okey and financial assistance from the SOT/Sem, Innocent has been able to pursue his dream of graduate education here in Collegeville. Upon completion of his degree, he plans to return to his home in Nigeria to continue working for change in his community and local parishes. Innocent is considering the priesthood as well, but has not yet made that decision, though he is delighted with the education he is receiving and extremely grateful for this opportunity. 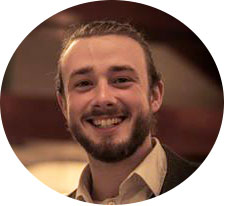 An incoming student in Theological Studies, emphasizing both Monastic Studies and Spirituality areas, Jason moved to the Collegeville area only a few days prior to the start of the term with his wife of less than a month, Courtney. They had been living in Kentucky and were married there, honeymooned in Seattle, then packed up and moved their lives to St. Cloud so Jason could pursue his education at the SOT/Sem. As you can imagine, August was a whirlwind month for them!

Jason grew up in northern Ohio in the small town of Lodi, graduating from the local high school and immediately moving to Kentucky to pursue his undergraduate degree. He attended Berea College, which is unique for being the first college in the southern United States to be coeducational and racially integrated, and is one of only seven work-study schools in the country, meaning every student at the college is employed by the school as part of their scholarship, resulting in virtually every graduate leaving the school debt-free. Jason completed his studies at Berea in 2014, double-majoring in Religious Studies and Spanish, with a minor in Philosophy.

After completing his undergraduate degree, the first thing Jason did was join AmeriCorp, working for a ministry that provided short-term missions and wilderness experiences – Adventure Serve. He also worked in residential construction to save money, enabling him to pursue the goal of hiking the full length of the Appalachian Trail in 2016. Completing the hike took 5 months, starting in Georgia in May and finishing in early October by summiting Mount Katahdin in Maine. It was a very impactful experience, and one that he treasures still today.

Jason returned to Kentucky and found employment for a company creating cedar-log furniture. After working in this industry for a couple of years, however, it became obvious that his health both physically and mentally was being negatively impacted. He’d also met Courtney during this time, and with her support chose to leave that occupation and seek out his next life path. He and Courtney chose to travel and visit family for a time while determining what to do next. When reflecting on what he’d really want to do with his life, Jason concluded the pursuit of graduate school should be his next step, particularly in areas of theology. He had prior knowledge about the SOT/Sem due to a professor from Berea College who’d attended graduate school here, and after learning more about the school and its financial scholarship assistance, Jason decided this would be the best place for his continued education. Upon completion of his program in 2021, Jason is interested in operating a spiritual retreat center and possibly going on to a Ph.D. with thoughts of teaching at the high school or university level.

Master of Arts in Ministry

Anisabel is one of our part-time students this fall, working towards a Ministry degree by taking one or two classes each semester. Because she lives in Willmar, MN, she is planning to continue as a part-time student due to the travel time involved, and also because she works full-time and has five school-age children to care for. She will take classes slowly but is dedicated to completing her graduate degree in a few years.

Interestingly, her undergraduate degree is in Information Technology, which she earned in 1996 from a university in Mexico. Anisabel grew up in Mexico and as a young adult, when deciding on a vocation, she had no one to guide her in the process of discerning her future career. At the time, in the early 1990’s, IT seemed a good option for a successful profession. However, Anisabel did not pursue that path of employment because she moved to Minnesota soon after completion of that degree program to increase her English proficiency. Initially, she intended to stay for six months to improve her language skills in order to advance her career in IT. Her parents and brothers were already living in this area, however, and once Anisabel had gotten settled,  her parents invited her future husband to come from Mexico, helping him secure employment. They married and decided to stay in this country, becoming naturalized citizens.

Anisabel has been active with the church throughout her life and came to Minnesota with some formation and experience as a catechist. While everything else in the U.S. was new, the church was a place where she already felt comfortable, so it was very easy to start serving. With her IT education, she also had some accounting and business background, and was soon hired as a parish bookkeeper. Anisabel continued to work in bookkeeping positions with local parishes throughout the birth and growth of several of her children. Eventually, she was offered an opportunity to move into a position in Faith Formation.

Five years ago, she learned of an opportunity to be a Hispanic Minister in the Willmar area. Sheapplied for the position and was hired and moved with her family to the Willmar area and has continued in that work since that time. Her work today is also the reason she chose to pursue a Master's program in Ministry. Anisabel chose the Graduate School of Theology and Seminary because it is the closest location she could actually drive to for her classes. Upon graduation, she intends to continue working in the Ministry profession, using her knowledge to enhance her performance in the Hispanic Ministry vocation.