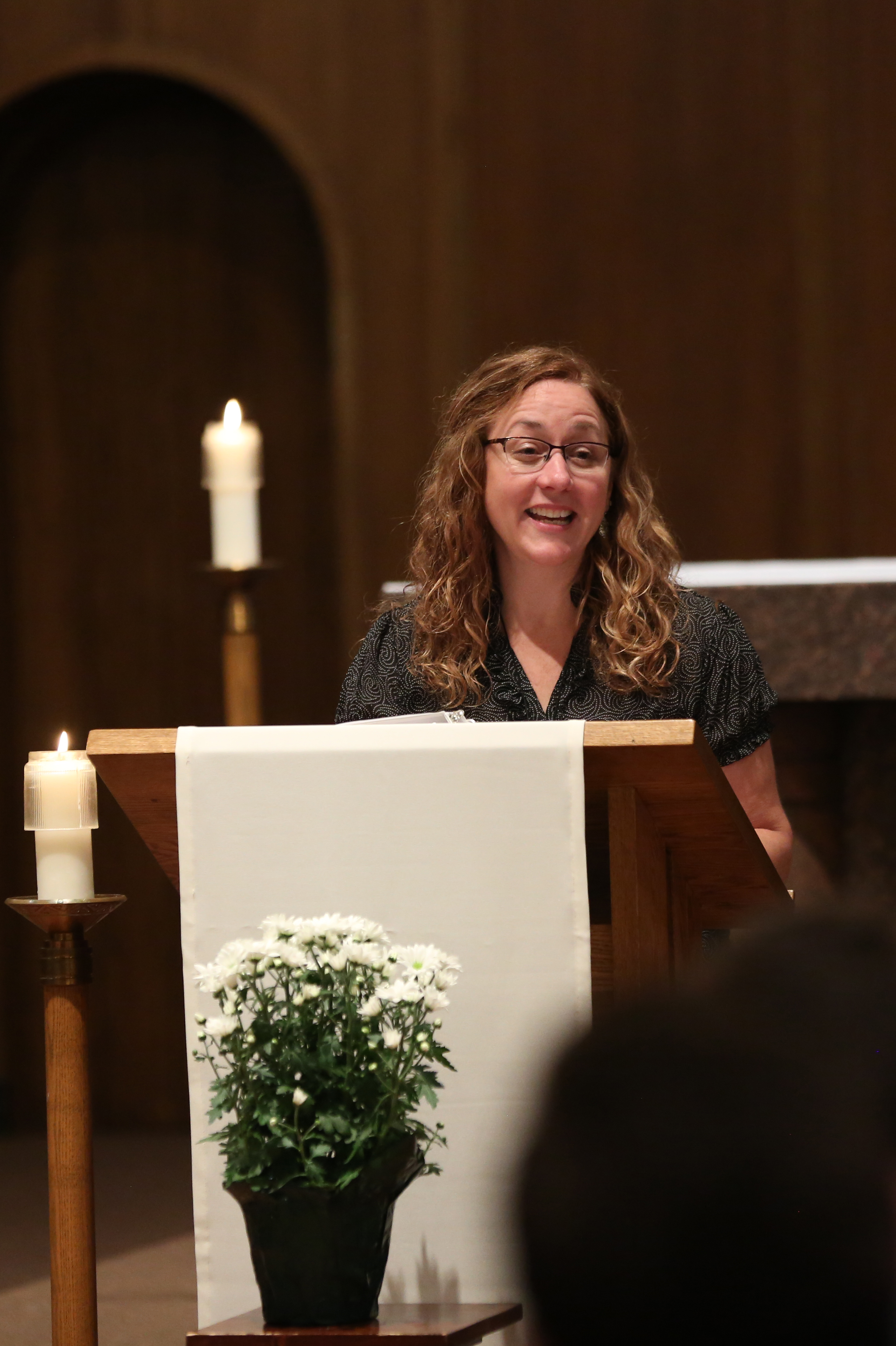 When I agreed to preach for our gathering today, I was both tickled and overwhelmed when I learned I could choose any Scripture I wanted. Since we are raising a 3 ½ year old, I live largely in a toddler world. And in his children’s Bible, he is fascinated by the story of Jonah, asking to hear it again, again! What an adventure story it is. And I propose it connects to us and to our ministries. So Jonah it is.

That time in the belly of the great fish impresses upon our imaginations. It’s certainly impressed itself on the imagination of our son! I think he especially likes the part where he is spit up again on shore. The Hebrew verb translated to “swallow up” almost always has a negative meaning in the Bible. Thus the great fish appears as an instrument of divine judgment… Or does it? Perhaps this part of the story actually represents God’s refusal to let the prophet run away from his mission. Jonah was rescued at sea—by a large fish—in order to preach.

Jonah is unique as a prophet because of his wild success despite very little effort. After the word of the Lord came to Jonah a second time, he begrudgingly goes to Ninevah. He gives a one-sentence oracle and that’s it. I can almost imagine a flat delivery, just going through the motions, something like: “Hey all, shape up or God will destroy you.” He doesn’t even bother to go into the heart of the city to make his pronouncement. The city was so sizeable that it was a three-day walk across, recalling the three days in the belly of the fish. But Jonah only goes a third of the way in.

This very little effort on Jonah’s part bears great fruit. While most prophets have repeated failure in getting the kings of Israel to listen, Jonah is unwittingly met with great success…in a foreign land! Immediately the king of this enemy nation and all the people of Nineveh repent.

You know, we make efforts both great and small in our ministries. And we can sometimes wonder if any of our efforts matter…if they bear fruit. Many, perhaps most, days in ministry can be considered ordinary. Mundane even. I am grateful for chunks of office time to respond to emails and calls, to write a column for the bulletin, to prepare an RCIA session. Other times I am meeting with an engaged couple or out on communion calls to the homebound, to the hospitalized, to those in assisted living. I hope I meet God. I hope I bring God. I am open to joyful encounters of the living Christ. But every now and then an ordinary day becomes extraordinary. A real adventure. During this past Easter season, I had one. Without a lick of office time and with no expectations that the day would bring so much goodness from God, it happened. I began with a liturgy meeting to evaluate Holy week with my pastor and music director, pretty standard stuff. But from there, I moved right into a meeting with our suicide prevention task force that this time included school and county social workers as well as our regular group of pastor, several parish nurses and a psychiatrist from our parish and together we engaged the frightening issues of mental health, social media, anxiety, and bullying by our youth. As we finished, a member of that committee asked if she might see me briefly. I had about a half hour before my next scheduled meeting and in that short time learned how her daughter had been sexting, met two men from the cities, got into their car and was raped somewhere in Owatonna the night before. They had been at the hospital all night. It was her 15 year old’s first sexual experience. As I tearfully prayed with her, I had two women from the local chapter of Indivisible waiting to meet me. They had been in attendance at our parish’s immigration meeting the month prior, where we provided both an immigration lawyer and a police officer to help answer questions and ease fears in our Hispanic community and, impressed by it, they simply wanted to get to know me better and partner with me on future immigration efforts. The day was both terrifying and exhilarating, and I know I wouldn’t want all of my days to look like this. I didn’t know if I was prepared to talk about rape of a minor, deportation, political resistance, or suicide attempts by our children and teens. In reality, I wasn’t. I just needed to show up and let God use me.

This weekend, as we gather home at the SOT, we can call to mind the times we’ve allowed God to use us and work through us too. We are ministers. We are called. God has a claim on us. We take our baptism seriously. We are open to responding with a resounding YES to discipleship. We are willing to preach the Good News in word and action and bring others to Christ. Like Jonah, we know that God chooses the most unlikely people to preach to others. You. Me. Us. The most unlikely. Our time here at the SOT has prepared us for whatever lies ahead. But unlike Jonah, God’s call demands a total response on our part, not a half-hearted one. It is a persistent, even unrelenting, call. As demanding as it may seem, we are grateful that God does not give up. We are ambassadors of Christ, we bring the Good News of salvation. And we do this wherever we are and in whatever we do. We really are ministers on a great adventure in God’s great story. .