In Loving Farewell - Tribute to Monsignor Preston A. Moss 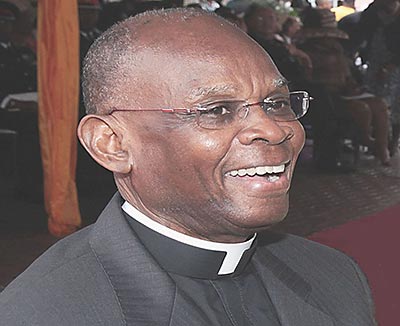 Saint John’s University and the Graduate School of Theology and Seminary are saddened by the recent passing of Monsignor Preston A. Moss, an alumnus of both schools. Monsignor Moss will always be remembered as an exemplary figure within the Catholic Church and gifted speaker, as well as a kind man who cherished his family deeply and made a lasting impression on those who knew him.

Monsignor Moss was a Bahamian citizen, born in Nassau on Oct 19, 1939. Preston was primarily raised by his maternal grandparents, Percy and Hannah Wilkinson. His mother emigrated to New York when Preston was still a boy, and she sadly died a few years later, in 1952, as he was just entering his teens. His father died only two years later, leaving Preston to be brought up by “Mama” and “Papa” Wilkinson who left an indelible mark on his life.

At an early point in his youth, Preston became engaged with the priests and high church rituals. His grandparents brought him weekly to church services and developed his musical talents, as well, by teaching him to play organ. Preston converted to Catholicism in 1956 at the age of 16 and began the path he would walk the rest of his life.

Monsignor Moss’s education was also founded on spirituality and faith, beginning with his attendance at St. Augustine’s College in Nassau, an all-boys secondary school, and continuing at Aquinas College, a private Catholic high school established in 1957 by Dominican Sisters from Adrian, Michigan. His journey towards the priesthood truly started with his arrival at Saint John’s University, where he enrolled in an undergraduate Philosophy program. Preston completed his Bachelor’s in 1961 and carried on his education as a student at the Graduate School of Theology and Seminary, graduating with a Master of Divinity in 1965. According to the History of the Bahamian People, Moss was one of eight Bahamian men trained to be priests at Saint John’s in the 1950s and 1960s. Here in Minnesota, Moss instilled a lasting memory in those around him at Collegeville and made friendships that lasted throughout his lifetime, encouraging several visits by Saint John’s monastics and others over the years.

Moss loved the Benedictine culture of Saint John's and the people of Central Minnesota. In 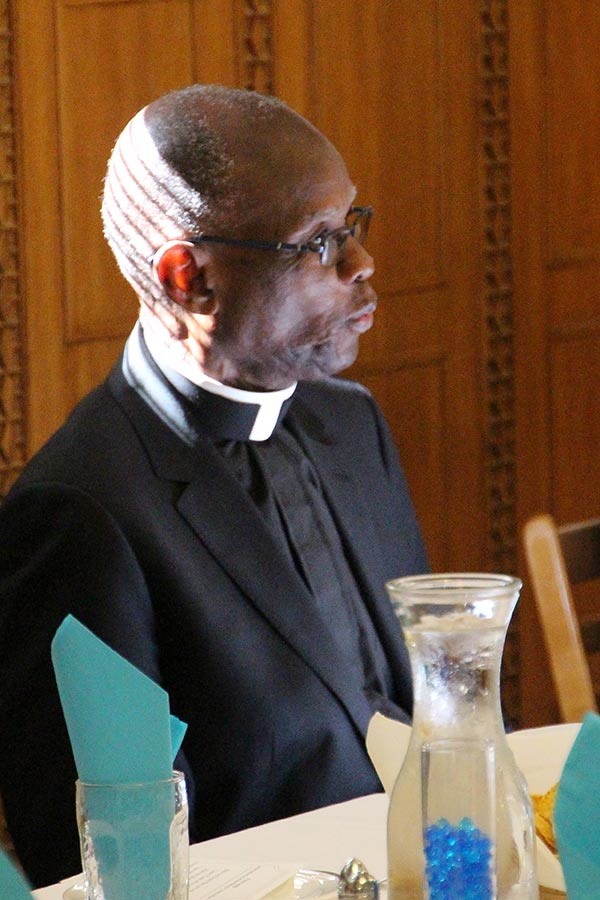 recognizing this, a Saint John’s University undergraduate alumni, Dr. Joseph Wenner, along with his family, created the Very Rev. Preston A. Moss Scholarship Fund. Dr. Wenner attended Saint John’s for his Bachelor’s degree during some of the same years that Monsignor was enrolled at the Graduate School of Theology and Seminary and a bond was formed. As a result, the Wenner family are part of a group who have enjoyed sharing Minnesota traditions with Moss and numerous Bahamians who have come to Collegeville. Additionally, countless students and friends of the College of Saint Benedict and Saint John’s University have traveled to the Bahamas to visit and partake in service opportunities, with Monsignor Moss acting as a wonderful catalyst and host for these cultural exchanges. The scholarship will continue to assist in preparing students for ministry at Saint John's Graduate School of Theology and Seminary and will keep Preston’s memory alive through the students who benefit from this endowment.

One of Preston’s most painful and yet most cherished memories occurred during his time at the Graduate School of Theology and Seminary. He had been in the Bahamas over the summer of 1964 and was returning to Collegeville that September via New York City. Moss and his grandmother, Hannah “Mama” Wilkinson, had traveled together to New York to visit family, and from there Preston flew on to Collegeville to resume his studies. Immediately upon arrival at the school, he was greeted with the news of “Mama’s” passing. He flew back to Nassau for her funeral, saddened by the loss but comforted by her parting words. As he had been preparing to leave New York for Saint John’s, Mama had said to him, “…when you put your hand to the plow, ask the Lord to leave it there even when it bleeds,” referencing the passage of Luke 9:62 and the cost of discipleship. Moss never forgot these words and kept them as his personal mantra. 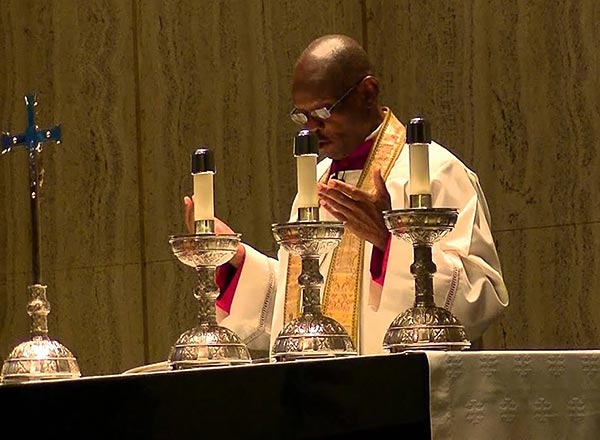 Preston A. Moss was ordained as a priest in June of 1965 for the Archdiocese of Nassau, serving faithfully and with grace for 53 years at several different parishes, including St. Francis where he was first a member as a youth, and lastly with St. Anselm’s Church from which he retired in October 2015 and where he was interred after his passing. Monsignor’s accolades over the years are too many to list them all here. But his most important role, as he viewed it, was in his service to the church and his community. He offered the light of faith and love to all he met, not only through the encouragement of family life and pastoring, but also by ministering to those considered broken or who are criminals – Moss “embraced both arms of the cross”, as it is said.

He served as Chancellor of the Roman Catholic Diocese for 12 years, and he also served as Vicar General for 38 years, under two bishops. Monsignor Moss was responsible for vocation formation within the church and many priests can attest to his mentorship and direction. Among the recognitions bestowed upon him over the years was first the title of “Monsignor” granted by Pope Paul VI in December 1973. In 1999, Monsignor Moss was given the title of “Protonotary Apostle” (PA) by Pope John Paul II on the creation of the Archdiocese of The Bahamas, which is the highest rank of monsignor. In 2018, Moss was among the first group of recipients of the Bahamas National Honours, receiving the Order of Merit. These are only a selection of the awards and honors Moss was presented over the years, well-earned over the course of his life well-lived. As you can see, he is beloved not only by the Roman Catholic faithful, but by the Bahamian people, and his Minnesota family as well.

Moss died on March 11, 2019, after a long battle with stomach cancer. Moss’ simple and inexpensive funeral, as requested according to his 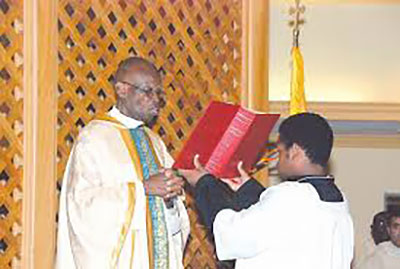 last will, was attended by people from all walks of like and around the globe. (Bahamian News Report - Moss' Funeral) He was laid to rest at St. Anselm’s, his last parish where he served for 24 years. As a man who struggled with the sickle cell trait all his life, and who experienced the early deaths of very close family members in his early life, Moss marveled at each new day, seeing them as gifts. As his retirement, Moss was heard to say, “I have so many more lives to touch.” For over 50 years, Monsignor Preston A. Moss demonstrated such mercy and love within his faith and toward his community – we are blessed to have had such a noble soul among us.