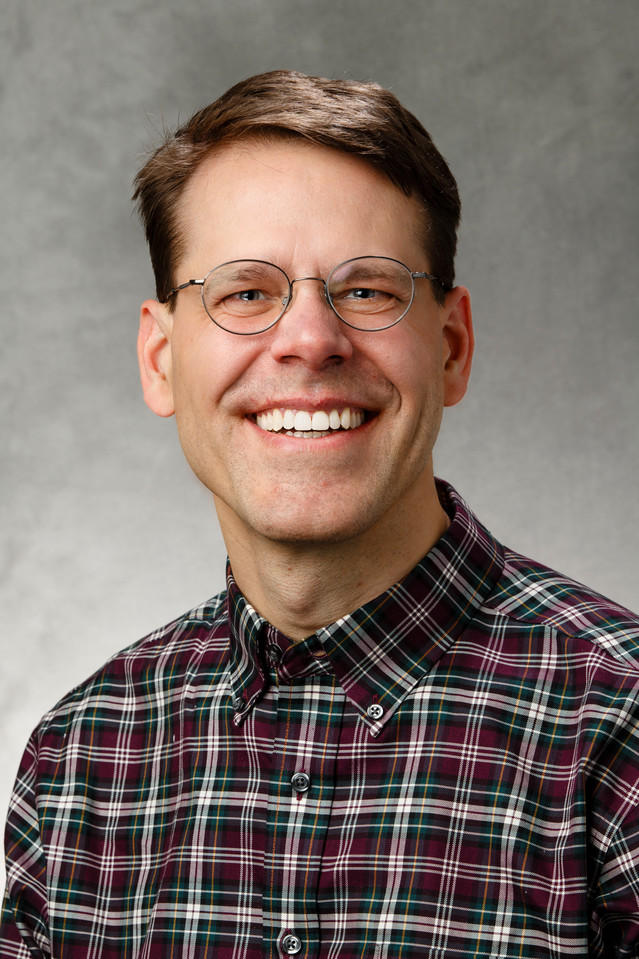 Ted Ulrich, who graduated from Saint John’s School of Theology and Seminary (SOT/Sem) in 1995, and who has been a professor of theology at the University of St. Thomas since 2001, received a Fulbright U.S. Scholar Award in March. The prestigious award will enable him to spend nine months in India, where he will be teaching a course on Hindu-Christian dialogue, researching the 20th century Indian nationalist, Aurobindo Ghose and studying the Tamil language.

Ulrich grew up with a strong interest in both religion and science. In his home, these were areas that weren’t considered inherently opposed. Both theology and science were considered areas of learning and scholarship, and his parents encouraged any effort in both areas. However, after graduating from high school, Ulrich says he “pursued chemistry because it seemed the most practical thing to do. But by the end of my degree I realized that the humanities was what I really wanted to do, and I went into theology.”

After receiving his bachelor’s degree from the University of Minnesota Twin Cities he attended the SOT/Sem. He says the SOT/Sem taught him the intellectual foundation of Catholicism, which has strongly influenced him both personally and professionally. In his first year at Saint John’s, having just graduated in chemistry, he gave a lot of thought to issues of religion and science. He was deeply influenced by the work of the late Ian Barbour, a scholar from Carleton College who was one of the earlier figures in the dialogue between religion and science. Ulrich says that Barbour helped him argue against reductivism, against reducing the world down to subatomic particles or human thoughts and emotions to neurons in the brain.

Although initially intrigued by issues of science and religion, in his second year, as Ulrich looked at doctoral programs, he chose comparative religion—specifically, Hindu-Christian studies.

“During my studies at the SOT/Sem I started to wonder about the relationship between these two areas,” Ulrich says. “So, in my second year, when I had to choose a doctoral program and choose a direction, I chose Hindu-Christian studies.” He feels that his education at SOT/Sem have him a good foundation for what he does now.

Ulrich received his doctorate from the Catholic University of America in 2001 and began working as a professor at St. Thomas that year. In 2004, he attended an NEH Summer Seminar on religion and politics in India, which was held at the East-West Center in Honolulu. There he developed an interest in the role of Aurobindo Ghose in the Indian independence movement. Aurobindo’s main reputation is as a poet, mystic and philosopher. Ulrich was intrigued that such an otherworldly man was deeply involved in revolutionary politics and that he advocated for passive resistance like Gandhi, but also for violent resistance in certain circumstances. Ulrich says, “Aurobindo shows a different side of the nationalist movement because the Westerner’s ideas of India’s nationalist movement are typically shaped solely by Gandhi.”

The Fulbright award will give Ulrich the resources to continue his research on Aurobindo, in addition to teaching a course on Hindu-Christian dialogue and continuing his studies of the Tamil language.