School of Theology and Seminary Graduate Named Bishop in China

Saint John’s Graduate School of Theology and Seminary is excited to share news of 1998 graduate, Anthony Yao Shun, being named as Bishop of Jining Diocese in Inner Mongolia. This ordination is the first to be confirmed by both the Vatican and the Chinese government, made possible by the provisional agreement signed in September 2018 by both the Holy See and China. 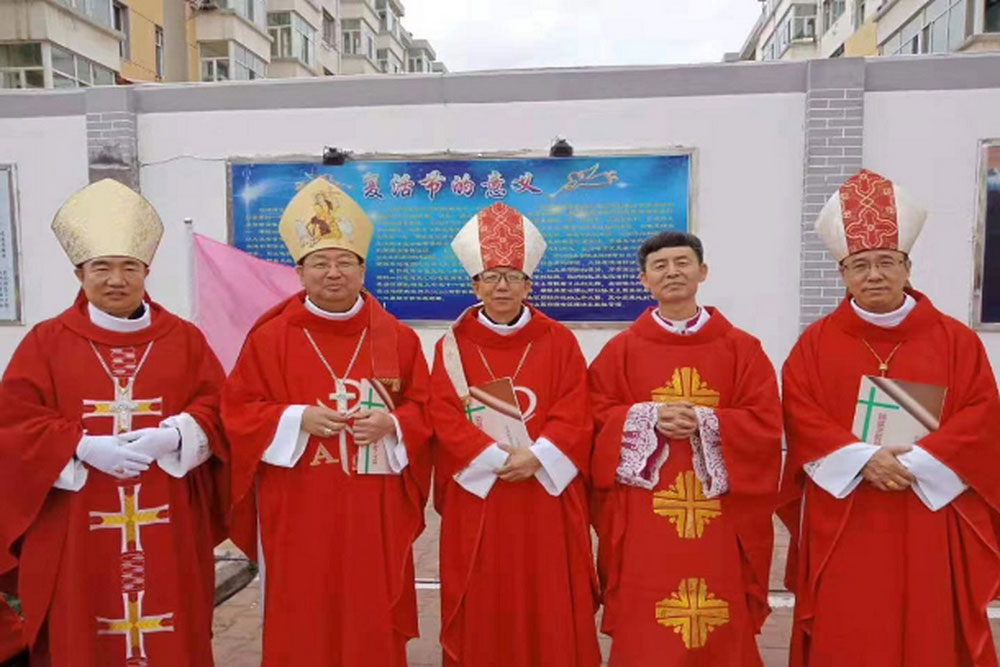 The ceremony took place at the Our Lady of Rosary Cathedral in Jining on August 26 of this year. More than 120 priests shared in the celebration, many of whom are natives of the diocese of Jining but who now serve other diocese throughout the country. Bishop Paul Meng Qinglu of Hohhot, vice chairman of the Chinese Patriotic Catholic Association (CPCA), presided over the ceremony and Mass, with over 1,000 Catholic parishioners in attendance.

Fr. Yao, born in Ulanqab, China, in 1965, was ordained as a diocesan priest in 1991 after completing studies at the National Seminary in Beijing. Beginning in 1994, he studied here at Saint John’s Graduate School of Theology and Seminary, graduating in 1998 with a Masters in Liturgical Studies. Dean of the SOT/Sem, Fr. Dale Launderville, recalls Fr. Yao as a gentle, inspiring presence, and remembers a number of the monastic elders here at that time saw great potential in him by his demeanor and way of life.  After earning his graduate degree, Fr. Yao spent a period of time in Jerusalem devoted to biblical studies before returning to China.

In addition to his graduate studies in the 1990s, Fr. Yao taught at the National Seminary in China both before and after attending Saint John’s Graduate School and Seminary in Collegeville, MN, in the United States, and also ministered as spiritual director for the Chinese National Seminary. He contributed significantly to the liturgical commission for both the Chinese Patriotic Catholic Association (CPCA) and the Council of Chinese Bishops. Reports that were received here at the SOT/Sem from our students in China confirmed that Fr. Anthony was having a profound influence on the education of seminarians in the area of liturgy. He went on to become Secretary of the CPCA from 1998 to 2004, and Vice Director from 2004 through the present day.

In 2010, the Vatican appointed Fr. Yao, who was serving as Vicar General of the Jining Diocese, as successor to then Bishop John Liu Shigong. However, his appointment was not recognized by the Chinese government, due to procedural differences between China and the Vatican in determining a new bishop. After Bishop Liu’s death in June 2017, the post of bishop for the Jining Diocese was therefore left without a Vatican-appointed or officially ordained successor. At the time, the Chinese government did not recognize papal authority over a bishop’s appointment, and selection of a Catholic bishop in China required an election of peers. Before an ordination could take place, the election results required approval by the Bishop’s Conference of the Catholic Church in China, which was not recognized or 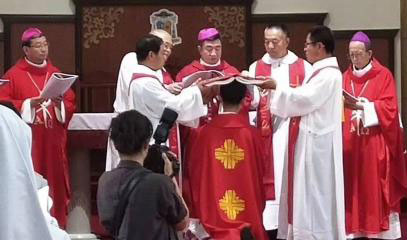 approved by the Vatican. The Sino-Vatican agreement from 2018 now diminishes the complications related to selecting and ordaining a bishop in China, allowing Bishop Yao to be confirmed by both groups.

The recent ordination of Bishop Yao, which is the first Vatican-approved appointment officially recognized by China, is seen as the initial step in improving the process for the Chinese Catholic Church. He is considered a liturgical expert in China and is believed to be an excellent beginning in ensuring greater freedom and security for the Catholic community there. Vatican News stated Bishop Yao chose “Misericordes sicut Pater” (Merciful like the Father, 2015-16 Jubilee Year motto) as his episcopal motto. He explained that he hopes to be merciful like Jesus and the heavenly Father, saying “May the Scripture inspire us to have more wisdom, and may the Sacraments nourish our lives.”