Saint John’s University was the birthplace of Minnesota Public Radio’s half-century of history, which began Jan. 22, 1967 at the KSJR-FM studio in Collegeville.

The network was the vision of Saint John’s President Fr. Colman J. Barry '42, SOT '47, OSB, and founder Bill Kling '64. But lots of other Johnnies have been involved along the way.

Here’s a photographic look at some of the network’s history with Saint John’s: 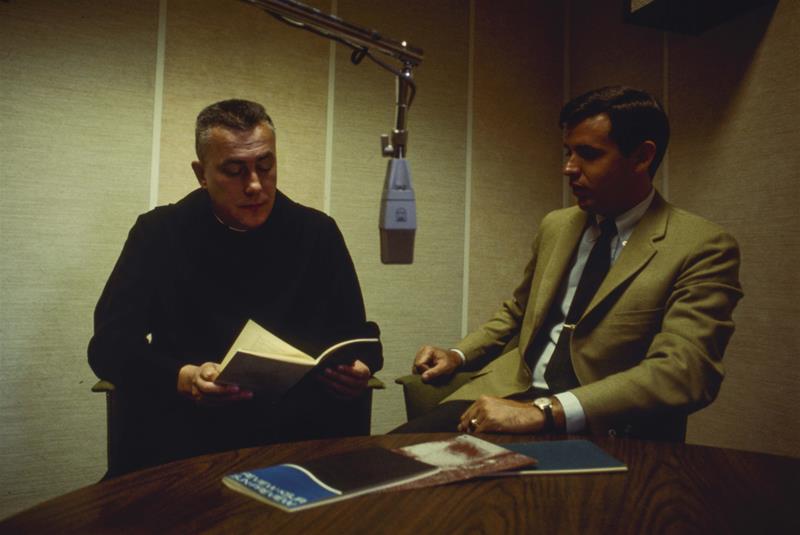