Gagliardi’s class sneaks into his garage for final gathering

Gagliardi didn’t feel up to attending the Oct. 10 session of the “Leadership Lessons with John Gagliardi” class. You’re going to have that sometimes when you’re three weeks away from your 91st birthday.

So, the class came to him – surreptitiously.

When Gagliardi opened the back door to his garage, dozens of smiling students were sitting there waiting for him.

“I was surprised,” said the grinning Gagliardi, whose 91st birthday is Nov. 1.

“We learned from this guy you don’t have to follow the conventional rules,” said Warren “Boz” Bostrom, a Saint John’s/Saint Benedict associate professor of accounting who for years has assisted Gagliardi with the class.

“He did so many unique things in football – why not have a class in the garage?”

The class is usually held in a classroom in Warner Palaestra. Due to health concerns, Gagliardi hasn’t been there since the first class of the semester, and he had decided to step away from being involved with the decades-old class for at least the time being.

“It was his last class, and we really wanted to make it work,” said Bostrom, who blends the voices and experiences of Gagliardi and his speakers in the class.

“He’d really wanted to see Chris. We were there last night, and he was really lamenting that he didn’t feel he was going to be able to make it in."

Coborn, who was scheduled to speak to the class about his family’s Central Minnesota-based grocery business, had only a partial idea about what was going on. 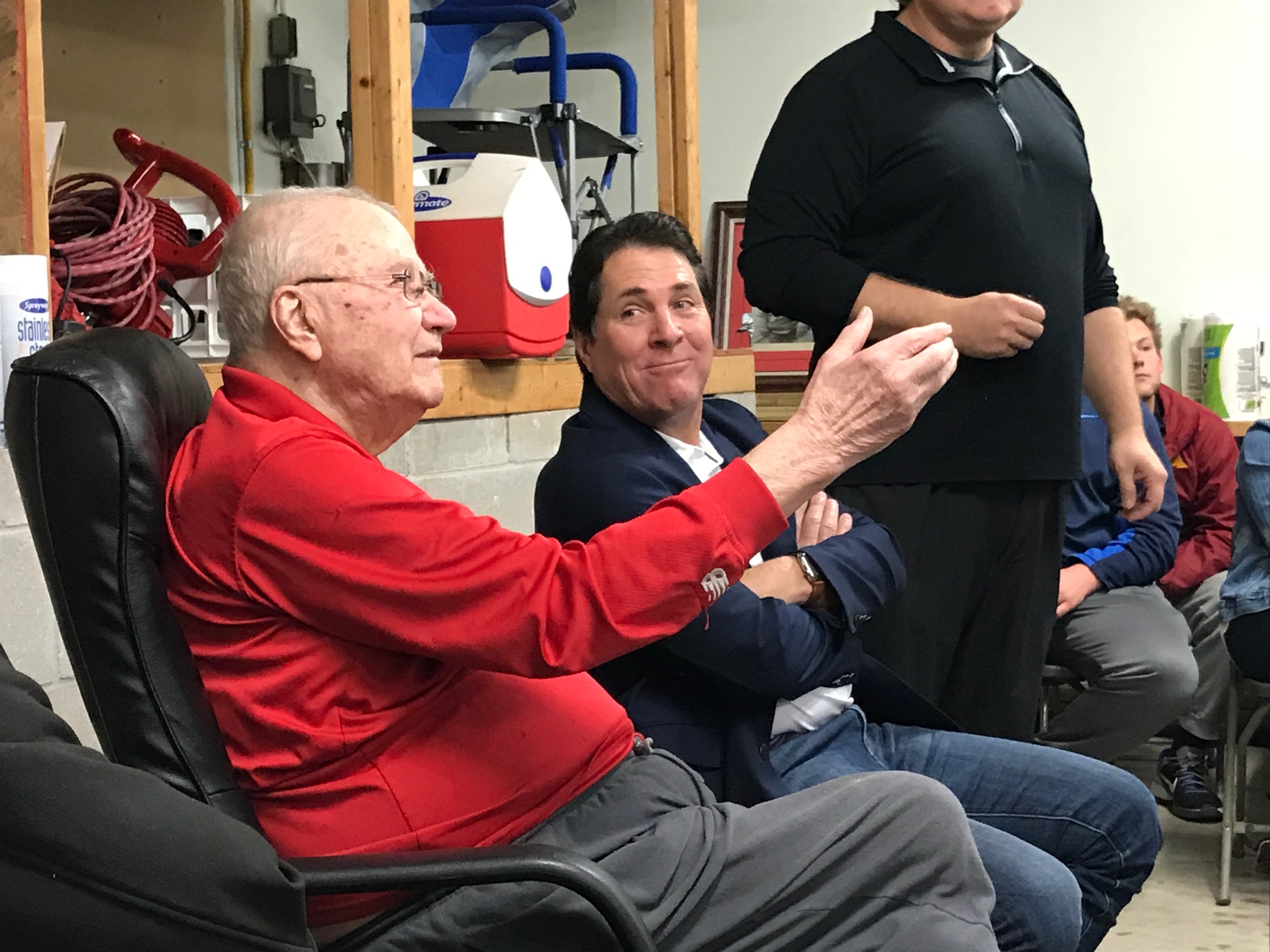 “I thought they were going to come into the living room, because I didn’t know the class had that many students,” said Coborn, Chairman of the Board, CEO and President of the family business. “When I looked into the garage, I said, ‘Whoa – this is a big class.’”

The subsequent class presentation and student reflections on what they’ve learned in “Leadership Lessons” ended with the garage door swinging open for a final photo opportunity, with the grinning Gagliardi at the center.

“This has been a special place to us as a family,” said Coborn, who also has two sons who attended Saint John’s. “The connections are truly lifelong.”