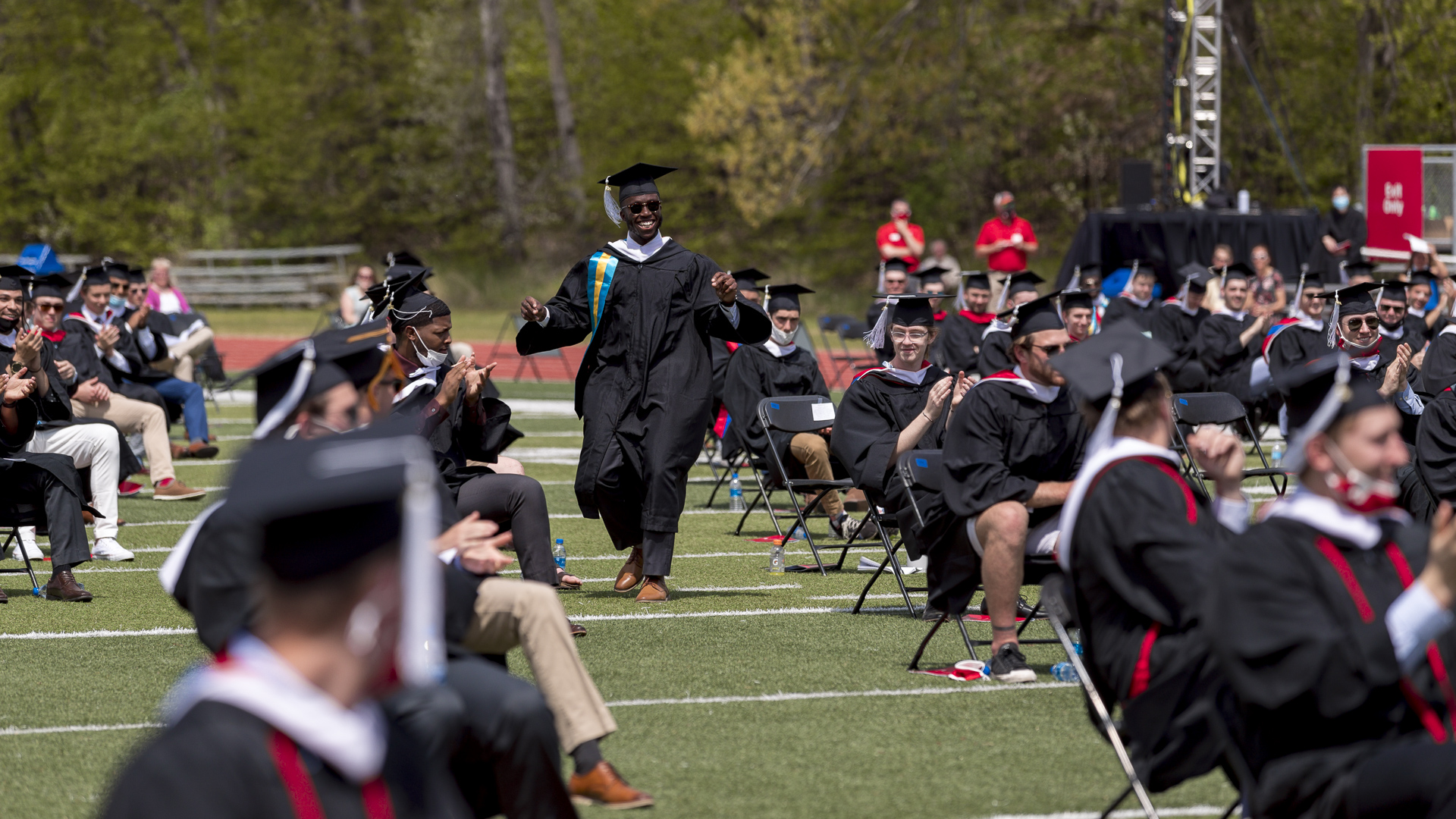 Saint John’s University raised $3,105,887 for the 2020-21 Student Fund. It was the fourth consecutive year that donors gave more than $3 million for current scholarships for Saint John’s undergraduate students. It also marks the second-highest total raised for the Student Fund behind last year’s record of $3,136,192.

“I want to thank everyone who gave to this year’s Student Fund,” said David Moe ’94, president of the Saint John's Alumni Association in 2020-21. “This year featured a myriad of challenges due to COVID-19. Yet, alumni, parents and friends stood up for Saint John’s in support of student scholarships. The generosity from Student Fund donors directly impacts our student body and the opportunities afforded to Johnnies on campus.”

“I especially want to recognize the alumni volunteers who led their classes to this year’s participation, donors, dollars and Fellows numbers,” Moe said.

Despite Reunion 2021 being postponed to 2022, reunion class committees continued their class gift campaigns in support of the Student Fund.

The classes of 1980 and 1982 tied for the most Fellows Society donors, with 27 classmates giving at the Walter Reger Fellows level – $1,000 or more to the Student Fund.

The Alumni Association Board of Directors met 100% participation to the Student Fund. Collectively, the 46-member Board contributed $42,765 in Student Fund support.