SJU Moves Up in National Rankings 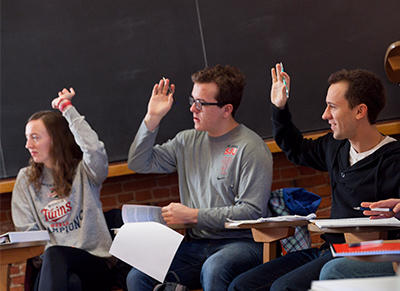 U.S. News ranked 239 liberal arts colleges which emphasize undergraduate education and award at least half of their degrees in liberal arts disciplines.

Washington Monthly rated schools based on their contribution to the public good in three broad categories: social mobility (recruiting and graduating low-income students), research (producing cutting-edge scholarship and Ph.D.'s), and service (encouraging students to give something back to their country).