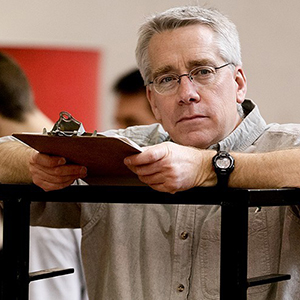 "I was incredibly fortunate, in 1979, to receive the opportunity to coach cross country and track and field at Saint John's," Miles said. "It has been a great joy and immensely rewarding. I am not leaving Collegeville; I will simply be wearing a much smaller hat.

Miles spent 36 seasons as head cross country and track and field coach. He produced a winning track and field program that finished among the MIAC's top two squads in 23 of the 36 seasons, including outdoor conference championships in 1997, 1999, 2005, 2007 and 2011. Miles won MIAC Coach of the Year honors in 2004, 2005, 2007 and 2011. Thirty-eight Johnnies won conference titles at the MIAC indoor meet and collected 94 titles outdoors. At the national level, Miles' athletes put together 61 NCAA Division III All-America performances since 1980. The search process for his replacement in track and field begins immediately.