Athletic Field to be Named in Honor of John Gagliardi 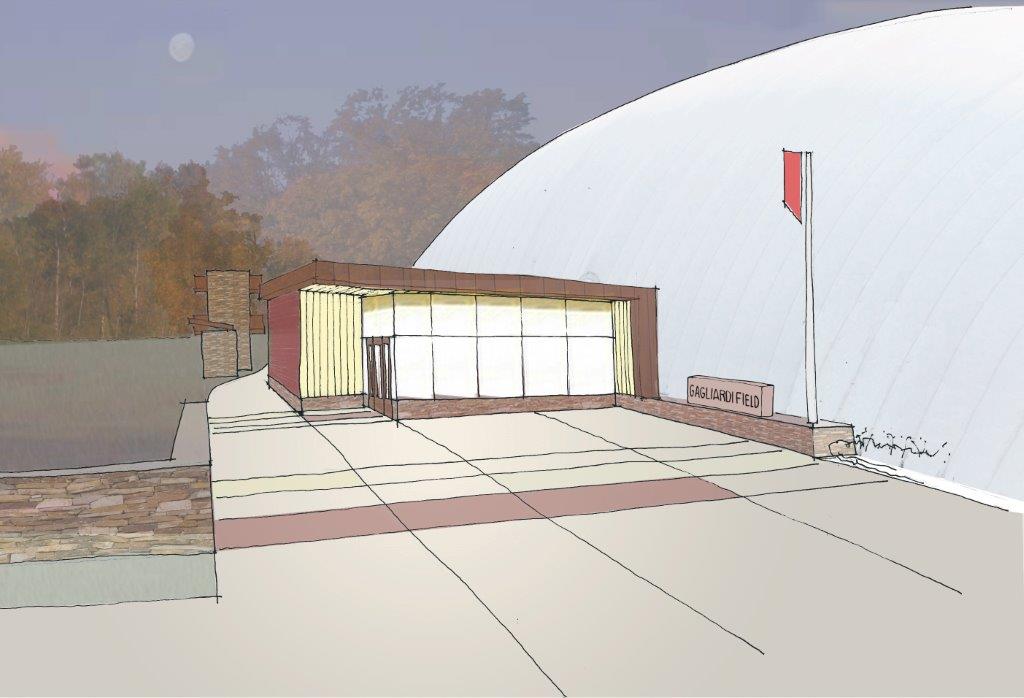 A new athletic field at Saint John's University will be named after legendary Hall of Fame football coach John Gagliardi. The multi-purpose sports facility, which will feature an artificial turf field and a seasonal dome, will serve as the football practice field, as well as for other varsity, intramural, recreational and club sports, such as lacrosse, soccer, golf, baseball, football and Ultimate Frisbee.

Gagliardi Field is made possible thanks to generous donations from Saint John's alumni and friends, including a $1.5 million gift from a former Johnnie football player who wishes to remain anonymous. In making this donation, the benefactor stated: "If anyone asks, tell them that it's from a player who was inspired by him at a very young age."

"I am humbled and grateful that some of my players and friends have chosen to honor me in this manner," commented John Gagliardi. "This new field and dome will be like an eternal spring."

"We are very pleased that this athletic field will be named after our dad," commented Jim Gagliardi, offensive coordinator for the Saint John's University football team. "Our family -my mom, Peggy, and my siblings, John, Nancy and Gina - were raised on campus and consider ourselves part of the Saint John's community. As kids, we would stand by our dad's side on the practice field and watch how he taught, coached, and helped mold thousands of young football players who would go on to become exceptional alumni and the pride of Saint John's. There is no place more fitting to honor what my dad accomplished as a family man, coach and friend than this field where he changed the game of football. We will take great pride showing this facility to our kids and the generations of family to come." 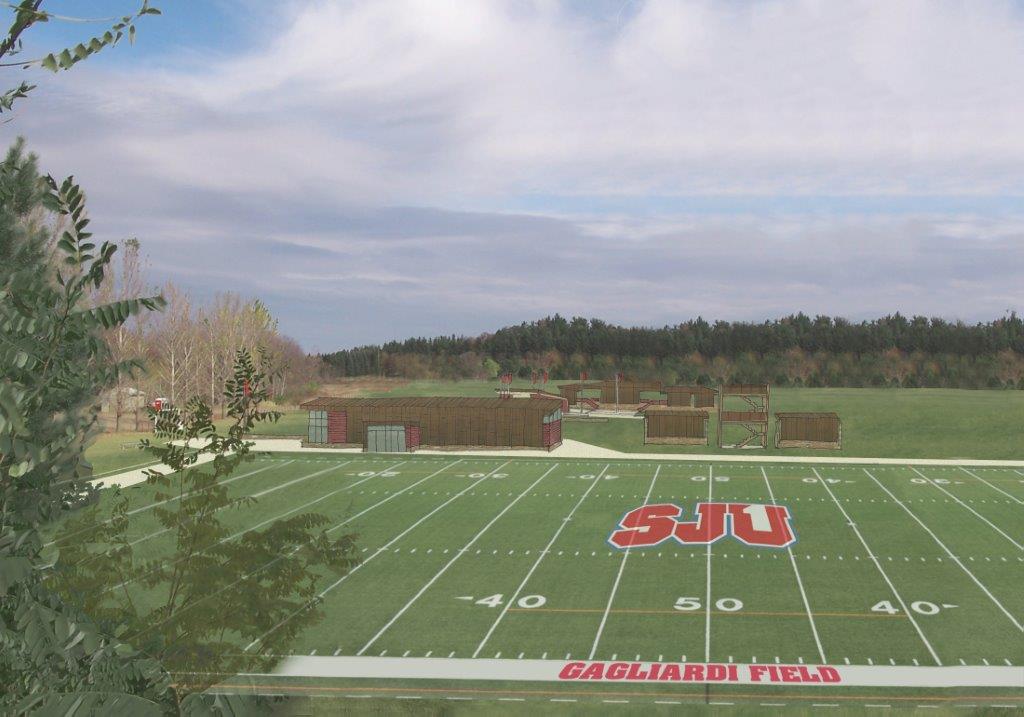 The winningest coach in the history of football, John Gagliardi coached at Saint John's University from 1953 until 2012. During that span, he won a record 489 games and his teams won four national titles: the NAIA Championship in 1963 and 1965, and the NCAA III Championship in 1976 and 2003.

"I'm delighted that our long-time football practice field - a place where I spent most of my coaching career - is being converted into an athletic and recreational facility that all students can use and enjoy," added John Gagliardi.

Construction on Gagliardi Field is tentatively scheduled for spring 2016. "We have raised sufficient funds to build Gagliardi Field and we anticipate board approval of the project this fall," commented Rob Culligan, vice president for Institutional Advancement at Saint John's University. "Now, our focus is on raising the remaining funds in support of the seasonal dome."

"This facility will be a significant advantage to the football program when it comes to practicing in inclement weather as well as our ability to recruit student-athletes and show them something they can't get anywhere else," commented Tom Stock, Saint John's athletic director. "It will also be a tremendous benefit to all of our student-athletes and students for practices and recreation throughout the year."