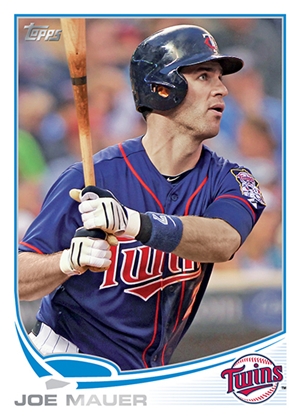 The photo of Joe Mauer used on this Topps baseball card was taken by Brace Hemmelgarn '12.

A picture of catcher Joe Mauer of the Minnesota Twins taken by sports photographer Brace Hemmelgarn graces the Mauer card in the recently released 2013 Topps Series I baseball set.

Topps used Hemmelgarn's photos for five Series I cards: two of Joe Mauer, two of pitcher David Price and a short-print card of Twins' outfielder Josh Willingham. His photos have appeared on minor-league cards before, but this is the first time they've been used on the major-league set.