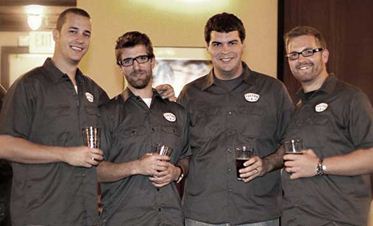 Jim Diley '05, Brian Hoffman '05 and Ryan Petz '05 are three of the "Fulton four" who started brewing beer as a hobby in a one-car garage in South Minneapolis. On Saturday, they will open Minneapolis' first brewery taproom just a few blocks from Target Field. The taproom is possible thanks to a change in legislation that allows breweries to sell beer for consumption on the premesis.

Video of the building of the taproom