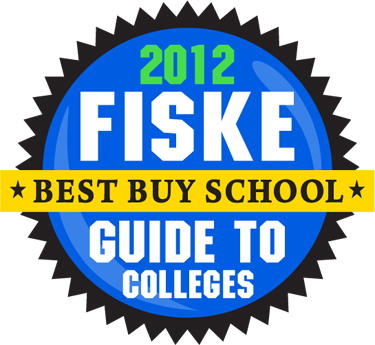 The College of Saint Benedict and Saint John's University have been named a "Best Buy School" by the Fiske Guide to Colleges 2011.

Fiske named 49 institutions - 25 private and 24 public - as Best Buys this year. (The editors of the guide count CSB and SJU as one entry.)

This is the fourth time CSB and SJU have been recognized as a Best Buy from Fiske. CSB and SJU were named a Best Buy by Fiske in its 2002, 2003 and 2011 editions.

The ranking combines academic ratings, pricing and the quality of student life on campus.

The Fiske Guide to Colleges 2012 is an independent publication, and accepts no consulting, advertising or other fees from colleges. It has no outside relationship with colleges working on its behalf.