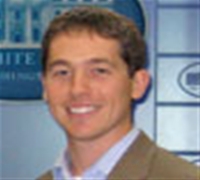 Cody Fischer, a 2007 graduate from Saint John's University with a degree in economics, has been selected as a recipient of a Fulbright French Government Teaching Assistantship for the 2011-12 academic year.

He will be working as an English teaching assistant at the Lycee Aristide Maillol in Perpignan, France. Perpignan is located in the southwest of France, near the Mediterranean Sea and the border of Spain.

The Fulbright French Government Teaching Assistantship program targets underprivileged populations in target priority areas throughout France.  The assistantships are administered by both the Centre International d'Etudes Pédagogiques and the Franco-American Fulbright Commission.

In Fischer's application essay, he wrote about his goals for the assistantship. "As a teaching assistant in France, I will be able to combine my experience with youth and love of language to help prepare French students, and myself, for a globalized world. After the program, I hope to share what I learn about cultural differences by working with youth in the U.S. and bringing the experiences I gain to bear on my career in the social sector."

For the last two years, Fischer worked at Alliance to End Hunger in Washington, D.C., a broad-based coalition of nonprofits, development NGOs, advocacy organizations, faith-based groups and food and agriculture companies committed to building the public and political will to end hunger. His job was to manage relationships with 85-plus member organizations and help broker strategic partnerships and collaboration on anti-hunger advocacy and programmatic work.

Before joining the Alliance, Fischer was studying French and teaching English in west Africa as a Rotary Ambassadorial Scholar to Senegal. Prior to the Rotary Fellowship, he was deputy director for Catholic outreach for the Obama presidential campaign in Pennsylvania. Before that, he worked on domestic hunger and nutrition issues as a Bill Emerson National Hunger Fellow through the Congressional Hunger Center.

During Fischer's time at SJU, he held a position on the Saint John's Senate, Investment Club, was a student member of the SJU Board of Regents, volunteered for both the Volunteers in Service to Others (VISTO) program and Big Brothers Big Sisters, spent two years as a resident assistant and founded a swing dance club, Swing Catz.

Away from campus as an undergraduate student, Fischer participated in a service trip to Trinidad and Tobago, attended a development policy summit in Muscat, Oman, and spent four weeks studying the economic and social environments in China through the Donald McNeely Center for Entrepreneurship. He also spent a semester in Cannes, France, studying art, history and European politics.

The Fulbright Program is the flagship international educational exchange program sponsored by the U.S. Government and has provided approximately 300,000 participants - chosen for their academic merit and leadership potential - with the opportunity to study, teach and conduct research, exchange ideas and contribute to finding solutions to shared international concerns. For general information about the Fulbright Program, visit http://fulbright.state.gov.